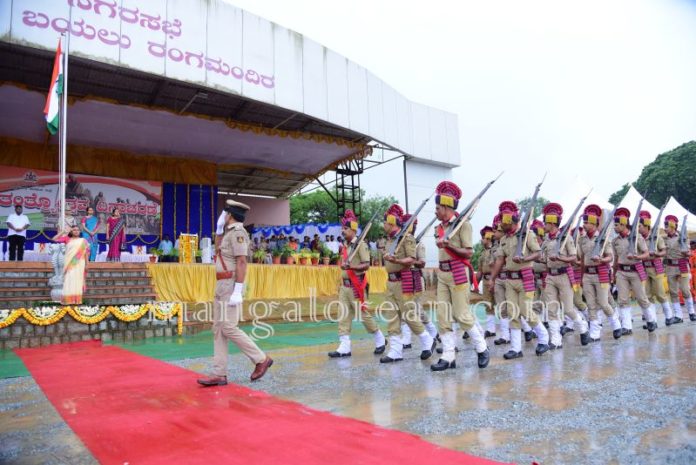 Udupi: The 73rd Independence Day was celebrated in patriotic spirit with pomp at the Beednagudde Mahatma Gandhi Ground, here on Thursday, August 15. 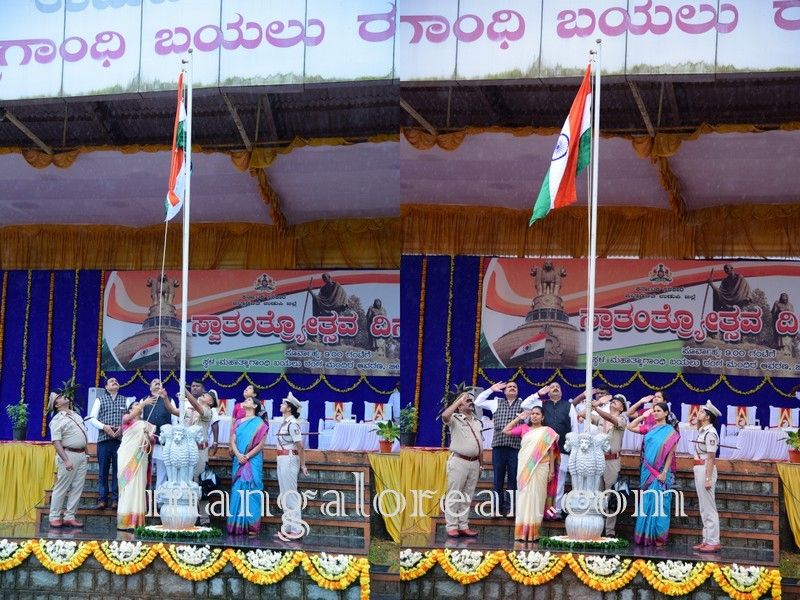 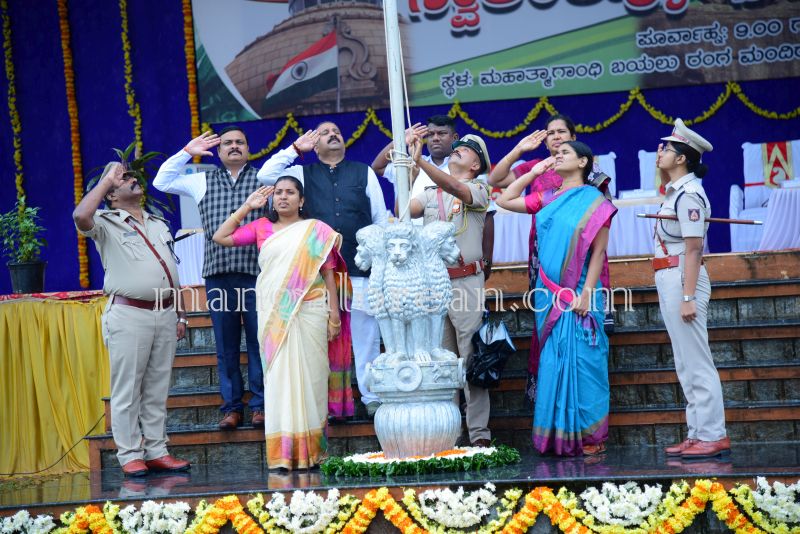 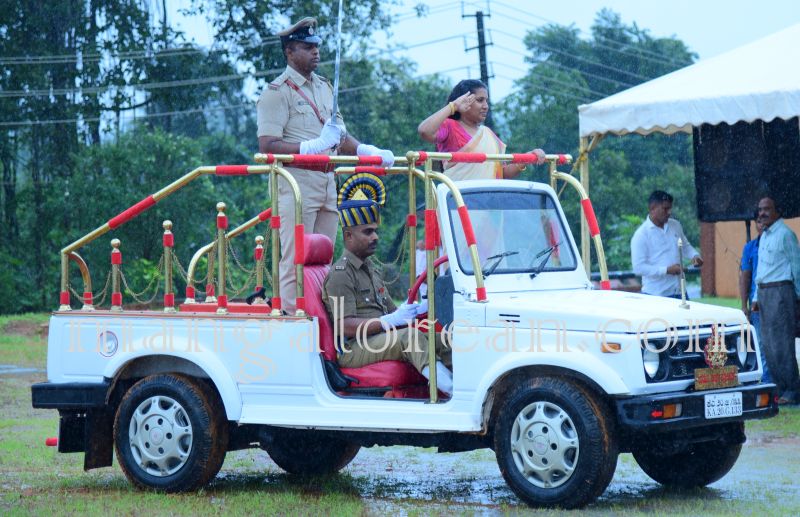 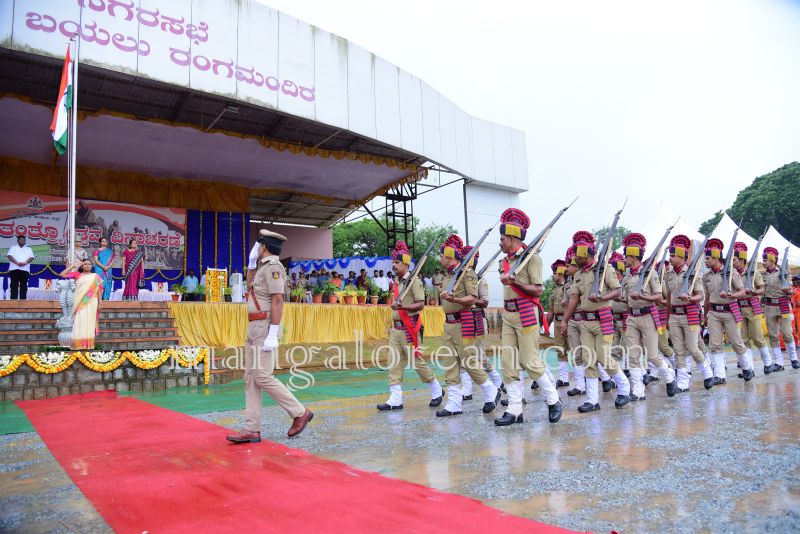 The government has directed the deputy commissioners to hoist the tricolour at the district level instead of the district in-charge ministers who are required to do it as per the protocol. 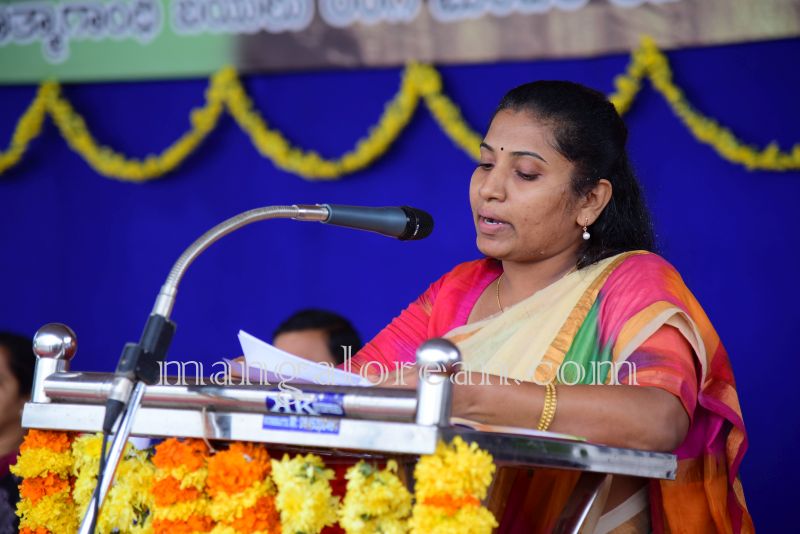 Top scorers of the district in 2018-19 SSLC and PUC exams and other achievers were honoured on the occasion.