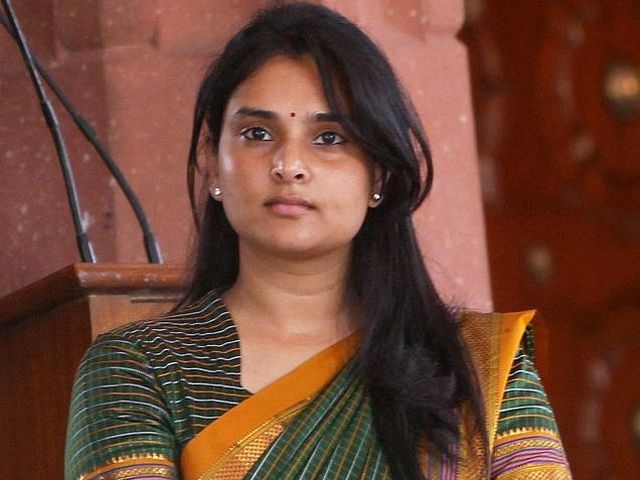 Bengaluru: Has former MP and AICC communication chief Ramya vacated her house in Mandya? The actor- turned- politician had rented the house on K R Road in the city after she lost to Mr C S Puttaraj of the Janata Dal (secular) in the 2014 Lok Sabha polls, promising never to leave Mandya.

But according to sources, Ramya vacated her house, taking all her belongings in two trucks Sunday night. A video clip of two trucks leaving her house has since gone viral and the police security deployed at her house last week, fearing an attack by late actor M H Ambarish’s fans, who were upset at her skipping his funeral, has been scaled down. Only a police constable and a home guard are still standing guard outside the empty house. As news of her leaving spread like wildfire, people of Mandya vented their anger at her for not caring to inform anyone about her decision. While Deccan Chronicle’s efforts to contact the actor/politician on her official Twitter account failed, a senior Congress leader, when contacted, said he was not aware of Ramya vacating her Mandya house as she was not in touch with the local leaders.

“Only Ramya can tell you if she has really moved out. She may have done this as the Congress has already ‘donated ‘ the Mandya seat to the JDS in the 2019 Lok Sabha poll,” he reasoned. Ramya has fueled suspicion for a while about her growing indifference to the constituency as she only made a brief appearance during the campaign for the May assembly poll and failed to turn up to vote in that election or in the Mandya Lok Sabha poll.

More recently, she came in for some strong criticism when she did not attend the funeral of Ambarish , who was a former Mandya MP.