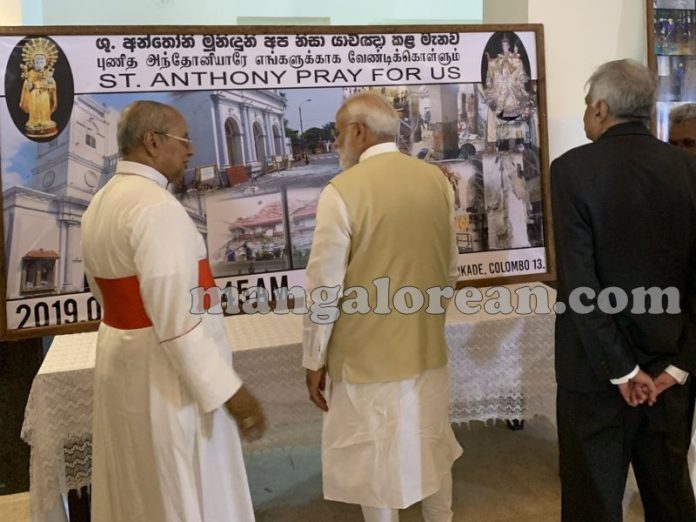 Colombo: Prime Minister Narendra Modi on Sunday visited St. Anthony’s Shrine in Kochchikade, one of the sites of the horrific Easter Sunday attacks, soon after his arrival in Sri Lanka and paid tributes to the victims of the terror strikes, expressing India’s affirmation of solidarity with the country in the wake of the attacks. 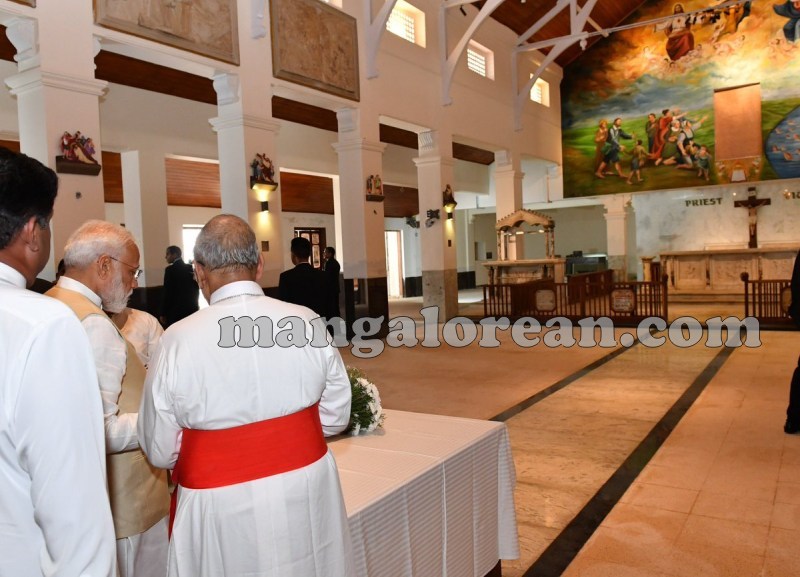 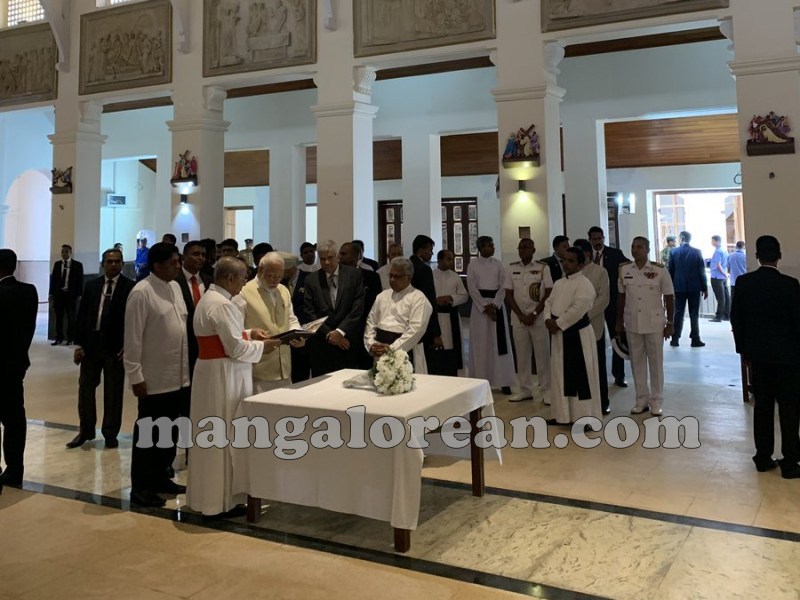 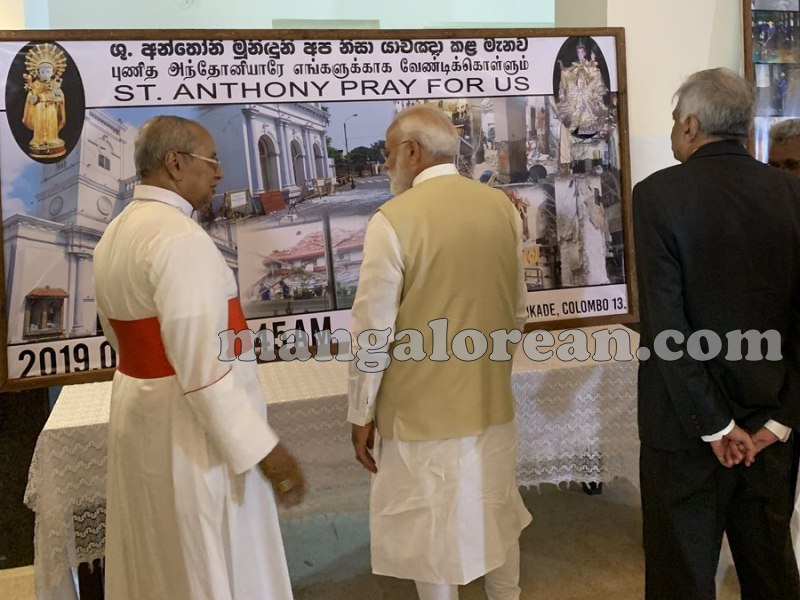 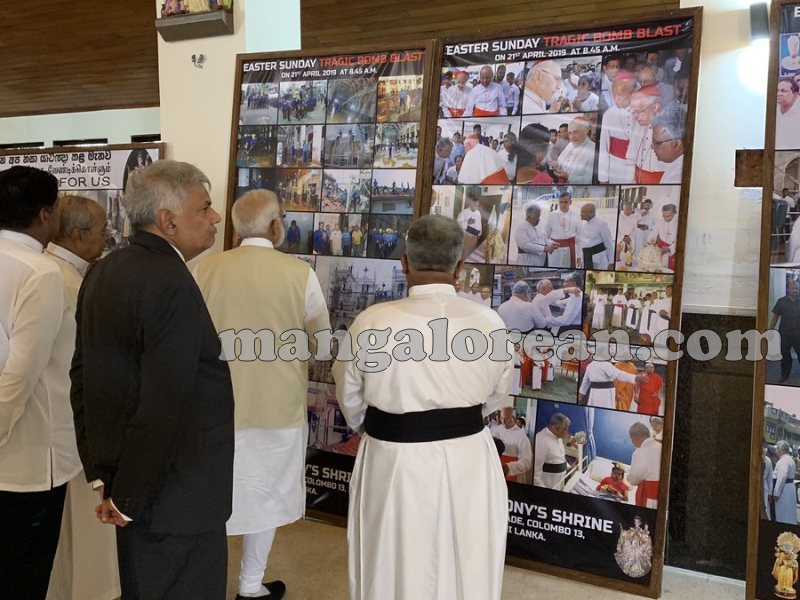 “Started the Sri Lanka visit by paying my respect at one of the sites of the horrific Easter Sunday Attack, St. Anthony’s Shrine, Kochchikade. My heart goes out to the families of the victims and the injured,” Modi tweeted.

Nine suicide bombers carried out a series of devastating blasts that tore through St Anthony’s Church in Colombo, St Sebastian’s Church in the western coastal town of Negombo and another church in the eastern town of Batticaloa, and three high-end hotels frequented by tourists in the country’s deadliest violence since the devastating civil war ended in 2009.

The Islamic State has claimed the attacks, but the government has blamed local Islamist extremist group National Thawheed Jamaath (NTJ) for the bombings.

“I am confident Sri Lanka will rise again. Cowardly acts of terror cannot defeat the spirit of Sri Lanka. India stands in solidarity with the people of Sri Lanka,” said Modi, the first foreign leader to visit Sri Lanka after the Easter attacks.

His visit is considered as a sign of India’s affirmation of solidarity with Sri Lanka in the wake of the deadly Easter terror attacks.

Started the Sri Lanka visit by paying my respect at one of the sites of the horrific Easter Sunday Attack, St. Anthony's Shrine, Kochchikade.

My heart goes out to the families of the victims and the injured. pic.twitter.com/RTdmNGcDyg

“First stop – St. Anthony’s church. PM @narendramodi visits St Anthony’s Church in #Colombo as a mark of respect for those killed in the Easter terrorist attacks. India is with Sri Lanka on the fight against terrorism,” External Affairs Ministry spokesperson Raveesh Kumar tweeted.

Later, Modi was accorded a ceremonial reception at the President’s house. Sri Lankan President Maithripala Sirisena was also present. Sirisena was seen holding an umbrella and providing cover to himself and Prime Minister Modi from rain.

Modi arrived in Colombo from Maldives where he held wide-ranging talks with Maldivian President Ibrahim Mohamed Solih on Saturday.

His visit to Maldives and Sri Lanka demonstrates the priority that India attaches to the SAGAR (Security and Growth for All in the Region) doctrine, the sources said.