Mangaluru: In a special drive the City police seized 75 two-wheelers running without number plates on September 4. 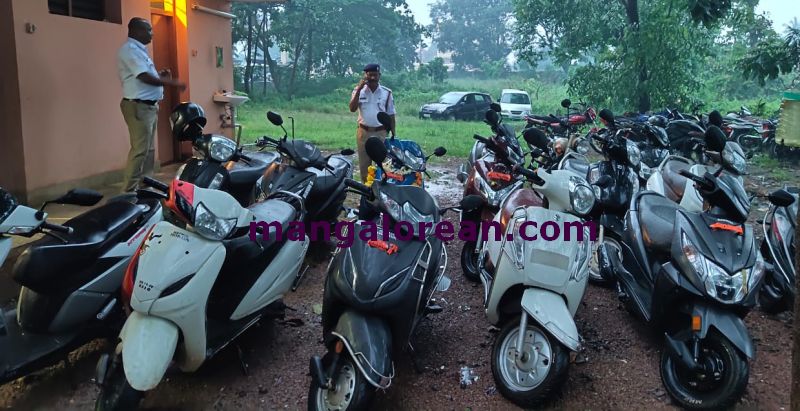 Under the direction of Police commissioner Dr Harsha and under the guidance of DCP law and order Arunagshu and DCP Crime and Traffic Lakshmi Ganesh, on September 4, in a special drive, the Mangaluru City police seized 75 two-wheelers without running without number plates.

Police Commissioner Harsha has also said that the drive will continue and all vehicles without number plates will be seized.

In Bangalore too I have seen vehicles without number plates but police rarely take action.