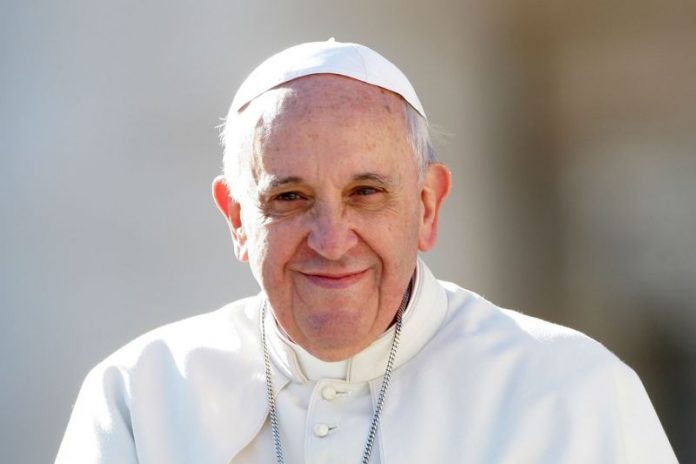 Abu Dhabi: Pope Francis on Monday began his historic visit to the United Arab Emirates (UAE), the first by a pontiff to the Arabian Peninsula, at the presidential palace here.

On his arrival, the pope was welcomed by Crown Prince and Deputy Supreme Commander of the UAE’s Armed Forces Mohammed bin Zayed bin Sultan al Nahyan at the presidential airport on Sunday night.

At the presidential palace in Abu Dhabi, the pontiff was greeted by a military band’s rendition of the Emirati national anthem.

The Catholic leader’s visit to the Gulf was scheduled to coincide with an interfaith meeting with several religious representatives, including Ahmed al Tayeb, Egypt’s Grand Imam of al Azhar, the world’s largest Sunni Islamic centre of learning.

“I am visiting that country as a brother, in order to write a page of dialogue together, and to travel paths of peace together,” the pope said in a message shared on his official Twitter account before flying to the UAE.

Later in the day, both clerics are set to visit Sheikh Zayed Mosque in Abu Dhabi and attend a ceremony at the Founder’s Memorial where a tribute would be paid to Sheikh Zayed bin Sultan al Nahyan, the UAE’s first president.

In comparison to its conservative neighbours, the UAE is considered one of the more tolerant countries in the region with regards to its Christian population.

The pope’ visit to the UAE is also aimed at highlighting the little-known Catholic community there, mainly comprising Filipinos and Indians, many of them migrant workers.

The Emirati government has allocated its Christian population with land and churches, where they can practice their faith.

Churches in the UAE are, however, not permitted to have bell towers of crosses on facade and there are no Christian places of worship in two of the country’s seven Emirates.