Mangaluru: The prestigious Commercial project ‘Milestone 25’, and the office of Land Trades Builders & Developers was Inaugurated at Collector’s Gate, Balmatta here on January 30. 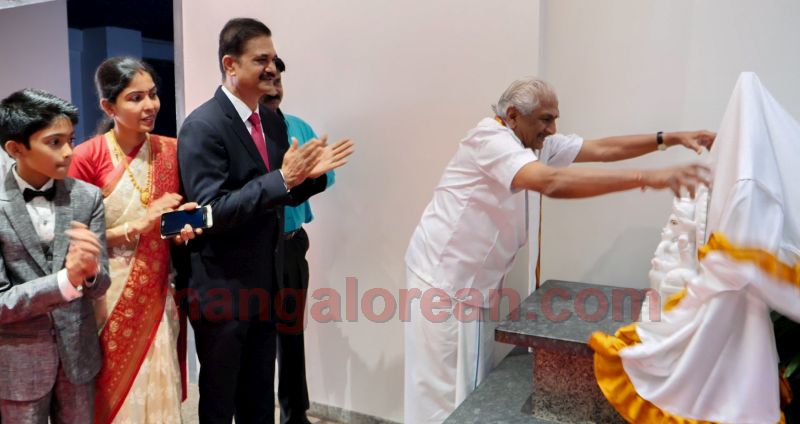 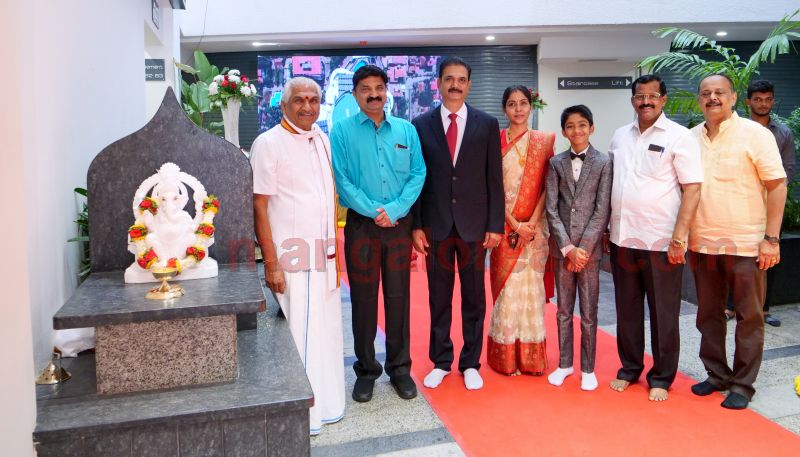 The Commercial building ‘Milestone 25’ was inaugurated by T Satish U  Pai, Managing Director of Manipal Media Network Ltd., and his wife  Sandhya S. Pai, Managing Editor of Taranga Kannada Weekly by unveiling the plaque.  Later the couple lit the traditional lamp along with other dignitaries.

The office of Land Trades was inaugurated on the 5th floor of the building by the Chancellor of Yenepoya University and Chairman of The Yenepoya Group Al-Haj Abdullah Kunhi by cutting the ribbon and lighting the traditional lamp.

The programme began with an invocation. Chairman of Land Trades Srinath Hebbar welcomed the gathering.

Addressing the gathering Sandhya Pai said, “Seeing the gathering here we can understand how popular Srinath Hebbar is. I am from Bantwal and my relatives were staying in Mangaluru. I have nearly 73 years of connection to Mangaluru and the city has changed a lot. Sixty years ago, we were seeing tiled houses and a Tulasi plant in front of the house but now we have to search for such houses which are now antique houses. Mangaluru has now been surrounded by high rise buildings like Mumbai. We can now see the quality of the buildings, earlier, commercial buildings did not have restrooms but now all buildings are equipped with modern amenities. We have purchased an apartment in Solitaire with all the modern amenities. The elderly are finding it difficult to reside in independent houses because of security reasons but in apartments, we have all the facilities. Srinath Hebbar is providing the best buildings with all the amenities. Let Srinath be successful in all his ventures. I wish him all the very best in his future endeavours.”

Addressing the gathering Yenepoya Abdulla Kunhi said, “In 1992, I had the honour to inaugurate his office in Milagres. Today after 27 years I have the honour to inaugurate his new office in Milestone 25, Balmatta. I would like to congratulate Srinath and his dynamic team for the successful launch of this project which I am sure will be a landmark of Mangaluru city. His humble journey in the real industry has been outstanding with determination and hard work which will be remembered for years to come. His brand Land Trades is known for its quality in construction and excellent customer service. This is the simple secret behind his huge success as a builder. He has contributed a lot to the beautification of the city’s skyline with innovative projects. Mangaluru as a smart city needs more and more people Srinath Hebbar. While once again congratulating him on his great achievements, I pray to almighty to grant him good health, long life and the ability to carry out excellent work.”

What is the sq ft rate?