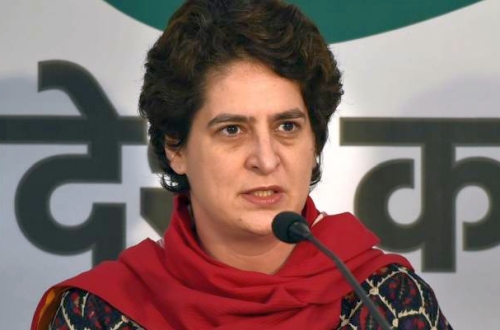 Priyanka hits out at government over economic slowdown

“Silence of government is dangerous. The businesses of companies are stagnant. People are being fired from their jobs and the BJP government is silent. Who is responsible for this great recession in the country?” Gandhi tweeted.

She attached images of news reports that highlighted the job cuts and work stoppage at several industries due to low demand.