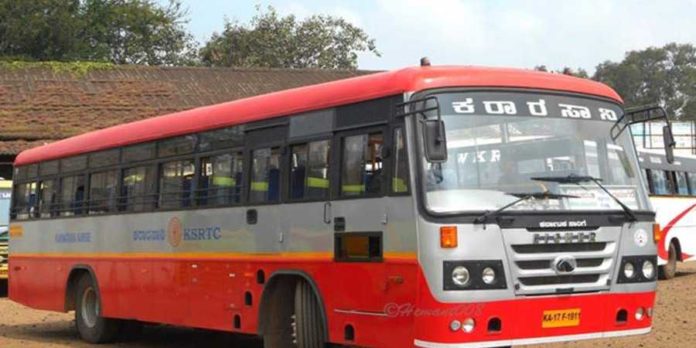 Bengaluru: The sudden hike in bus fares by the state-run transport corporation has triggered a public outrage and protests by the opposition Congress and the Janata Dal-Secular (JD-S) in Karnataka.

“The 12 per cent hike in bus fares by the Karnataka State Road Transport Corporation (KSRTC) and its north-east and north-west affiliates from Wednesday will hit passengers hard and make commuting costly. It’s an additional burden on us,” Bengaluru resident K. Venkatesh told IANS.

In a surprise announcement on Tuesday night, KSRTC and its two affiliates — NEKSRTC and NWKSRTC — increased bus fares by 12 per cent with effect from Wednesday, drawing the ire of commuters and opposition parties alike.

“The fare hike will negate the state government’s efforts to encourage public transport service and force passengers to travel in train, which is cheaper, faster and safer,” asserted Venugopal Gupta, a cloth merchant in the city.

Terming the hike as anti-people and inflationary, the Congress urged the ruling BJP to withdraw it forthwith and spare the commuters from the additional burden.

“KSRTC and its affiliates should not further burden the people when cost of living has gone up and its bus service is used by the majority in the absence of trains in many regions of the state,” said Ravi Gowda of the Congress.

Condemning the fare hike, JD-S leader and former Chief Minister H.D. Kumaraswamy urged the KSRTC to roll back the revised fares and give relief to the common man reeling under price rise due to CGST, SGST and food inflation.

“The BJP government has deliberately increased the bus fare ahead of the state budget for 2020-21 fiscal on March 2, catching the people unawares. Though student passes have been spared from the hike, regular passengers are forced to pay Rs 5-32 more instead of getting better efficiency, management and produtivity,” Kumaraswamy said in a statement here.

Justifying the hike, KSRTC Managing Director Shivayogi Kalasad told IANS that the hike was inevitable due to the steady increase in diesel price, dearness allowance in staff salary and overall cost of operations.

“Since the last fare revision came in May 2014, the operational cost has gone up substantially due to Rs 11.27 per litre hike in diesel price, increase in DA to employees and repairing, maintenance and fleet management costs,” Kalasad said.

The financial burden due to fuel price hike is Rs 261 crore, DA Rs 341 crore and operational cost Rs 601 crore per annum for KSRTC alone, he said.

“For the benefit of rural passengers, fares have been reduced to Rs 5 from Rs 7 for the first 3 km. There is no increase in fares for the first 12 km and 15 km and up to first 6 km in express service,” Kalasad added.