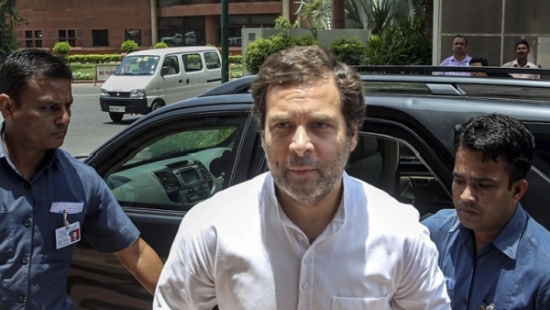 ‘Rahul Gandhi to appear in Surat court on Thursday’

New Delhi: After returning from abroad former President of the Congress party Rahul Gandhi will be appearing in a Surat court on Thursday in a criminal defamation case.

During the Lok Sabha elections, he had said “why all thieves share the Modi surname” on which BJP MLA Purnesh Modi filed a complaint against him under section 499/500 of the CrPC. Chief Judicial Magistrate B H Kapadia issued summons to Rahul Gandhi in May.

Former President of the Gujarat Congress Arjun Modwadia told IANS that Rahul will be appearing in the court in Surat on October 10 and in Ahmedabad on October 11.

Rahul Gandhi will be appearing in an Ahmedabad court in a case filed by a local BJP corporator Brahmbatt for making a comment against BJP President Amit Shah.

Another case has been filed by the Ahmedabad District Co-operative Bank in which Amit Shah is a director in an Ahmedabad court against Rahul Gandhi and Congress spokesperson Randeep Surjewala.

Rahul Gandhi has also been taken to Bhiwandi court in Mumbai for a comment against the RSS.