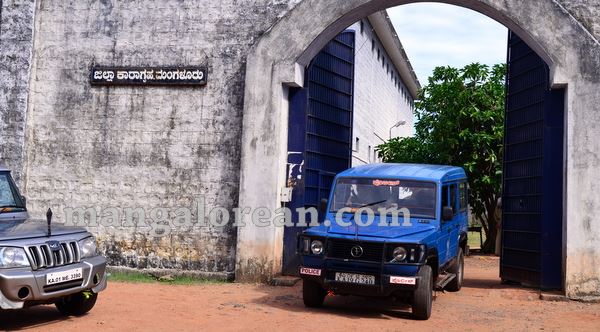 Mangaluru: The Deputy Commissioners of Police along with jail authorities conducted a joint raid of the district jail at Kodialbail here, on July 24.

DCP of Law & Order Shantharaju, DCP of Crime & Traffic Dr Sanjeev Patil, ACPs and the jail superintendents participated in raiding the jail premises. Each and every cell was inspected by the police. Two mobile phones and two sim cards were seized.

Increased vigilance by the jail authorities has resulted in the decrease of illegal activities. The raid was carried out to search for weapons and reinforce the security of the premises. Though officials maintain this was a routine check, this raid had significance considering the recent surge in detentions under the Goonda Act and the ongoing trial of Indian Mujahideen activists housed in the sub-jail.

The search was carried out under the able guidance of Commissioner of Police Chandra Sekhar. A case has been registered in Barke police station.