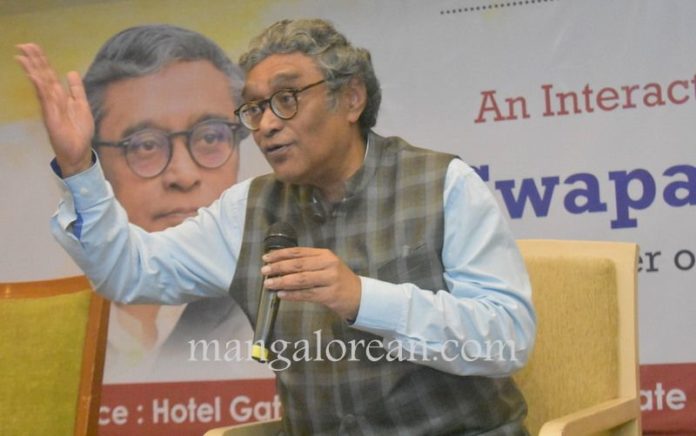 Mangaluru: The heat that has been generated by the Citizenship Amendment Act (CAA) shows no signs of abating. Across the country, students, common people, Bollywood stars, intellectuals and Opposition parties continue to protest against the law. On the other side, the Central government has refused to back down. However, its ministers have not been able to articulate its point of view and win the people over. And locally here in Mangaluru, to make citizens here understand better about CAA/NRC, Citizens’ Forum, Mangaluru organized a Talk on CAA/NRC followed by Interactive Session with Hon’ble Member of Parliament (Rajya Sabha), Author, Thinker, Columnist on Citizenship Amendment Act 2020- Swapan Das Gupta, on Sunday, 16 February 2020 at Hotel Taj Gateway, Mangaluru at 3 pm. 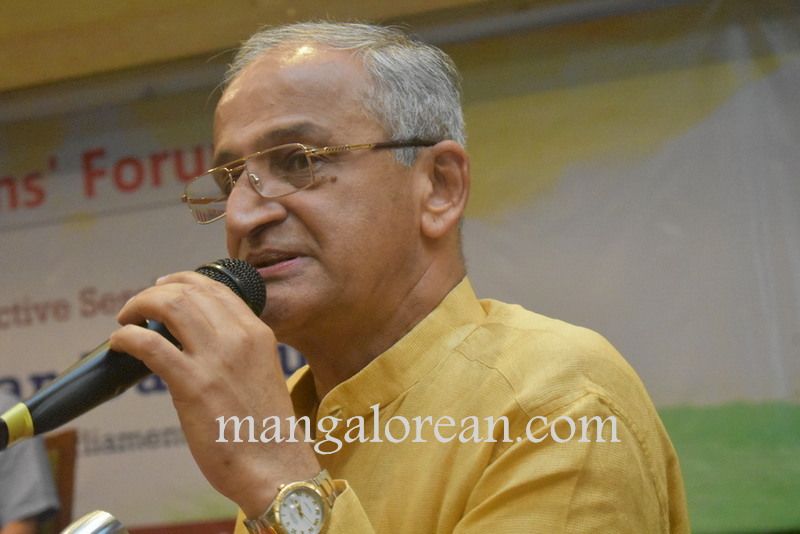 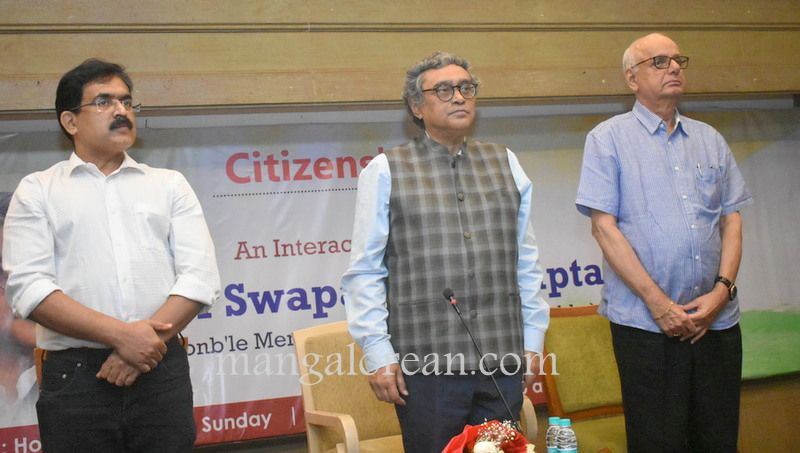 Swapan is an influential figure in the right-wing intelligentsia of Hindutva and writes regular columns for leading English dailies. He was awarded Padma Bhushan (the third-highest civilian award in India) in 2015, for his contribution to Literature and Education. Despite being initially attracted to Trotskyism, Swapan became a Thatcherite in his days at England. Since then, he has self-identified with centre-right politics and has been heavily active in the national political theatre, as a member of Bharatiya Janata Party. He has served in editorial positions over several English dailies in India including The Indian Express, The Times of India, The Statesman, India Today etc He is a frequent guest on news channels in English-language debates on Indian politics and international affairs. He was nominated by the President of India Pranab Mukherjee to the Rajya Sabha. His term would continue till 2022. 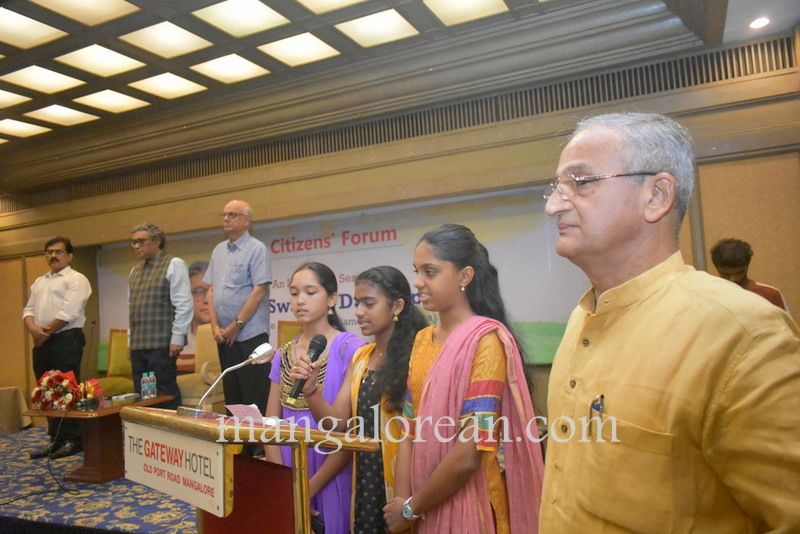 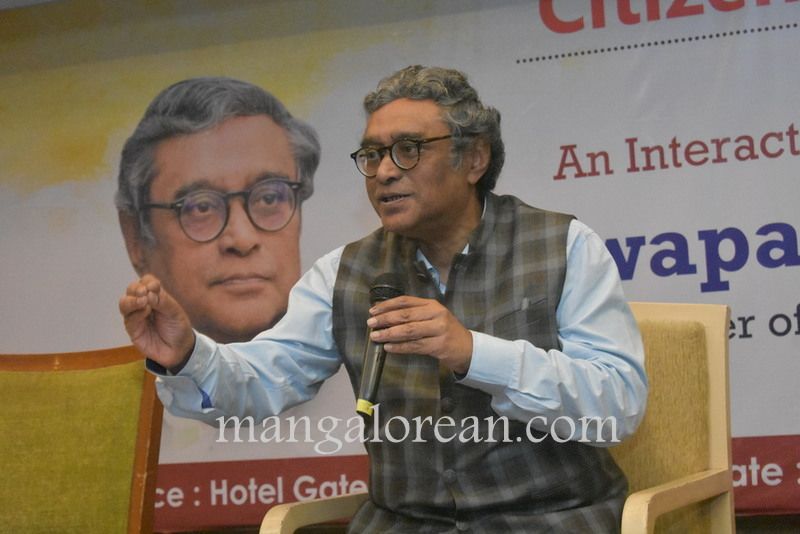 Today’s programme began with three girls singing the Nada Geethe, followed by welcome address by MLC Capt Ganesh Karnik, who also briefed with points pertaining to CAA/NRC and the confusion that people have on them. Speaking on the occasion, Swapan Das Gupta said, “I am happy to note you all have come in large numbers, being a lazy Sunday with better pursuits. It is sad tom note that CAA has been tragically linked with the larger question of violence through protests. The CAA has to be viewed in its own terms. I feel that the focus on people violence distracts attention from the actual deliberations on CAA. I believe it’s a willful strategy because some people don’t want to address the central question of CAA. It’s important to be addressed. Many say that there was no debate, but how can they say that? The CAA was introduced in 2016. It didn’t get introduced in the Rajya Sabha because of the disruption by parties like Samajwadi Party (SP) and all. Now, the debate has turned into an organised opposition of the Muslim community and Hindu Bengalis against the citizenship. There’s no doubt that the government should hold discussion with the public to allay their concerns”. 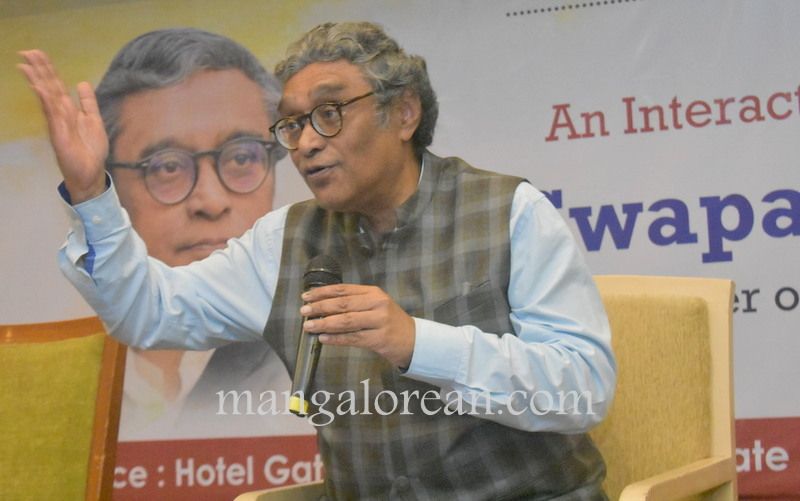 “The NRC is a mythical concept at present. The NRC has neither been formulated nor presented in the parliament. It has to be debated in the parliament and design has to be shown. The process has not started yet. The Prime Minister has clarified that the NRC is only an idea at present. The rules haven’t been debated at the moment. NPR is a precursor to census operations. It only records the number of people in India and it does not talk about citizenship. The census operations have been going on since 1881. There are people who suggest that there should be no border and anybody who comes to India should get citizenship, which I think is not right” added Swapan. 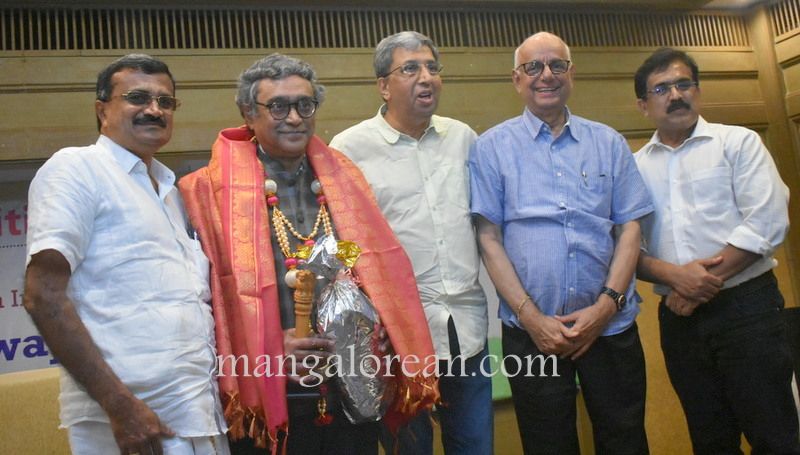 He further said, “It’s a complete myth to say that Sri Lankans have not been given citizenship. They have been accorded citizenship at various points by special provisions. If people say that 2014 shouldn’t be the cut-off and we should have the ‘right of return’. If you do away with the cut off period, then you are incorporating the ‘right of return’, which guarantees everyone’s right of voluntary return to their country of origin. The question should have asked before the parliamentary committee. Most of the TMC members didn’t even attend those meetings. The law is primarily aimed at tying up loose ends of the partition in Eastern India. And the primary beneficiaries are Bengalis from Bangladesh who came after the 1971 war”.
image.png
“The protests and violence are based on a certain misunderstanding. The first: CAA deprives certain people of citizenship. The CAA has no power to take away anyone’s citizenship. It has the power to grant and fast-track certain processes to those who are either legal refugees or illegal immigrants. Secondly, the linkage of CAA to a yet-to-be-designed form — the NRC (National Register of Citizens), which is meant for identifying who is a citizen and who is an illegal immigrant – is also unfortunate. The linkage is also taking place in the light of the NRC in Assam, which was Supreme Court-monitored; and which turned out to be horribly flawed. I would say, the entire business of identifying or codifying citizens in the country is an overdue project. But, it requires exhaustive consultation, because India is a largely under-documented place. The Prime Minister made it very clear that (NRC or any form of it) has not come up either in Parliament or been taken up by the Cabinet for discussion”.

“I think communication has been imperfect. The government has to take much more onus in communicating true facts, and they have not been very proactive in the entire thing. As a result, there is a lot of scare-mongering, particularly in West Bengal. There are questions which are not very pertinent or relevant. The entire debate has been clouded by imperfect information emanating from all sides. So, I think, that clarity which should have been there had not happened. Moreover, the media has turned out to be extremely partisan. A large section of the Muslim community felt that they lost political power and influence post-2014. They felt their voice no longer mattered after the Triple Talaq Bill, after the Supreme Court judgment on the Ayodhya case and after the abrogation of Sec 370 in Kashmir and subsequent division of that state. An influential section of them thought this was a good way to reclaim lost ground; try to assert and inform the political establishment that they do matter.

The whole Citizenship thing has been under discussion from 2016 and there was opposition. But, that was in Assam and the North East. It was a specific opposition and much of that was taken care of in the 2019 Bill. The major difference between the 2016 and the 2019 bills has been as to how much (of) the concern of Assam and the North East has actually been accommodated. The larger question is this: ultimately, what do we do with people who are illegal? I think the CAA was a noble and bold attempt to resolve some issues and this is just a big step. But you don’t have to furnish documents regarding date of birth of your parents during National population Register (NPR) exercises and people who are creating problems by protests and violence are for political gain”.

“There has been false propaganda that NPR is the first step of NRC- but remember that there is no connection between NPR and NRC. Since many people don’t have details/history of their parent’s date of birth, therefore it is not necessary to enter such details in the formalities of NPR. But you need to enter the mother tongue of your parents on NPR. Remember that NPR is just to show the population of India since it would help the government to undertake certain welfare schemes/programmes. Many Muslims are of fear and scared that they could be deported under the new CAA law, which is due to the false propaganda spread by opposition parties. But no Muslims will be deported under any circumstances from India under CAA or NRC”.

“But it is the duty of the government to check into the large Muslim population sneaking into India illegally, especially into Assam and North Eastern states. In 1998, the Muslim population in Assam was 28.4 %, which rose to 34% in 2011, and just imagine what would be the Muslim population there now! Therefore it is advisable and the right decision taken by the government to crack down on illegal migrants and get rid of them from India. The main purpose of NRC is to sleuth into the illegal migrants and not to deport legal Indians from our Country” added Swapan Das Gupta.

Following his talk, Swapan was felicitated on the occasion by Dr H S Ballal- Vice-Chancellor, MAHE University-Manipal, Dr Yusuf Kumble-MD of Indiana Hospital, Capt Ganesh Karnik, among others. Swapan during the interactive session answered the queries posed by a few members from the audience, by giving the right answers and clarifying their doubts on CAA /NPR and NCR. Advocate Chidananda Kedillaya proposed the vote of thanks.