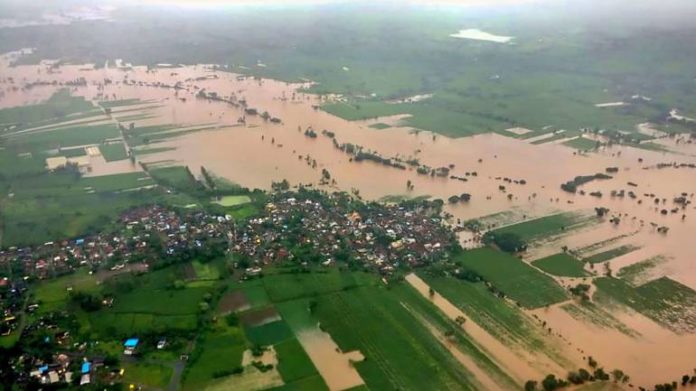 Rescue, relief on, as rain water recedes in Karnataka

Bengaluru: Rescue and relief operations were in full swing in flood-hit Karnataka as rain water began receding in 21 districts across the southern state, an official said.

“With monsoon rainfall reducing across the coastal, central, south interior and northwest regions of the state, rescue and relief operations were on war-footing to restore normalcy in about 100 talukas (local bodies) in the state’s 21 districts,” a revenue official told IANS here on Tuesday.

Though the death toll in rain and flood-related incidents increased to 54, with 15 people still missing in the affected areas, a whopping 6.9 lakh people were evacuated over the last 10 days in all the 21 of the state’s 30 districts to safer places.

“Of the evacuated, 3.9 lakh have been sheltered to 1,151 relief camps, where food, drinking water, toilets and blankets are provided till they return to their homes,” said the official.

The state and national disaster response forces also rescued 51,460 animals and shifted to safer places, while 852 perished and were washed away in the floods.

“Agriculture and horticulture crop loss is estimated to be in 4.5 lakh hectares of land, while 55,325 houses were damaged in the affected districts,” said the official.

Meanwhile, Chief Minister B.S. Yediyurappa visited the flood-affected areas in his home district of Shivamogga in the state’s Malnad region.

“Yediyurappa visited Theerthahalli, Shikaripura, Shoraba and Sagar taluks to assess the damage to houses, crops, roads, and buildings by torrential rains and floods that left behind a trail of death and destruction,” added the official.

According to the weather office, inflows decreased as rainfall in the upper Krishna river basin across the Maharashtra-Karnataka inter-state border reduced over the last two days.

Rainfall over upper Krishna Basin in Maharashtra has reduced and inflows are steadily decreasing.

“Light to moderate rainfall is likely to continue over the upper Krishna catchment areaa said a weather official.

Coastal and Malnad region received widespread to moderate rains over past 24 hours.

“As inflows into reservoirs are steadily decreasing, flood situation has improved,” said the state natural disaster management centre in a statement here.