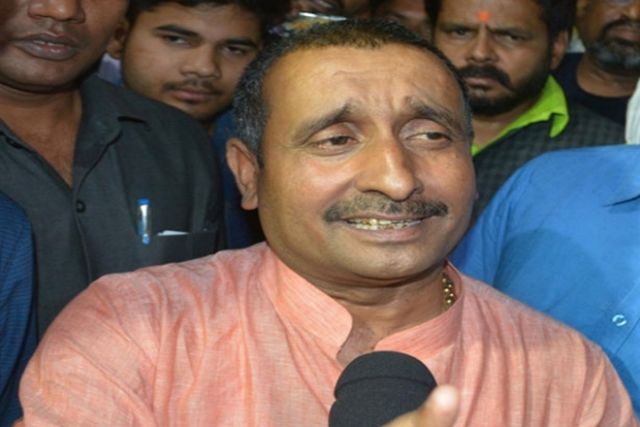 New Delhi:  Expelled BJP lawmaker charged for raping a minor in Uttar Pradesh’s Unnao has now been charged with the murder of her father.

District and Sessions Judge (DSJ) Dharmesh Sharma on Tuesday framed charges against Sengar and nine others involved in the murder of the girl’s father and framing him in a false Arms Act Case.

The court charged Sengar under section 302 (murder), 166,167 (offences by public servants),201 (causing disappearance of evidence), 218(public servant making false record to save someone from punishment), 466 (forgery of records) and 120B (criminal conspiracy) of the Indian Penal Code along with section 25 of the Arms Act.

The court observed that the victim’s father was falsely implicated by planting a country made pistol along with four cartridges in pursuance of the criminal conspiracy.

Earlier in the day, the Supreme Court refused to to seek a report from the Uttar Pradesh government on the status of 20 cases lodged against the Unnao rape survivor, now battling for life, and her family members.

A bench headed by Justice Deepak Gupta said the bench does not want to widen the scope of the case and interfere in other cases lodged against the rape survivor and her family.

The court said that it wanted to focus on the five cases related to the survivor which were being heard earlier.

The Unnao rape survivor, who was brought to the All India Institute of Medical Sciences (AIIMS) here last week, is in critical condition and on advanced life support system.

Her lawyer Mahendra Singh too is critical, unconscious and on advanced life support system. Both the patients were undergoing treatment under a multidisciplinary team of doctors from the Critical Care, Orthopaedics, Trauma Surgery and Pulmonary Medicine departments.

On July 28, the car in which the rape survivor, her lawyer and two of her aunts were travelling was hit by a speeding truck in Rae Bareli. The accident killed both the aunts and left the other two seriously injured.