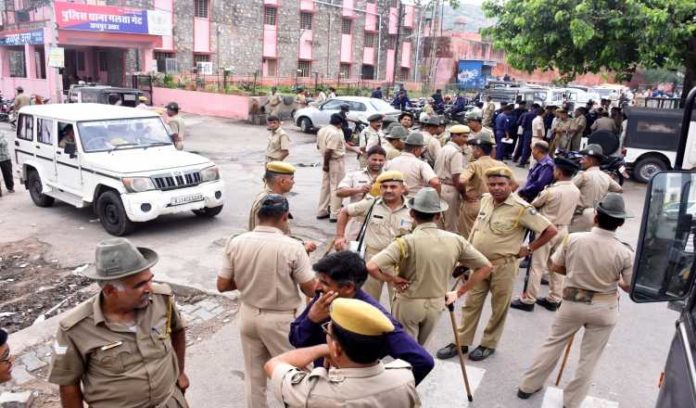 Restrictions in Jaipur after communal clashes

Jaipur:  There is prohibitory orders in place in various areas of the Rajasthan capital following a spate of communal clashes over the last two days, in which some 10 people were injured. Tear gas shells were used to quell the mob and five persons were arrested, police said.

Section 144 of the CrPC that stops the assemble of more than five persons was imposed in areas under the jurisdiction of 15 police station late on Tuesday night.

There was heavy police presence in the city to avert any untoward incident.

Internet services were already suspended following the communal unrest late on Monday. The restriction were expected to continue on Wednesday until further orders, an official said.

After the Monday’s clash fresh clashes had again erupted on Tuesday around 11 p.m. There were reports of stone pelting that damaged 30 vehicles and injured 10 people.

There were reports of fresh unrest at the Rawalji Square and Badanpura.

On Tuesday, stones were thrown at a religious place in Galta gate. Peace meetings were called during the day, however, such measures failed, police said as things again took a serious turn late in the night.