Home Articles A skinflint buys a hearing aid for his relative 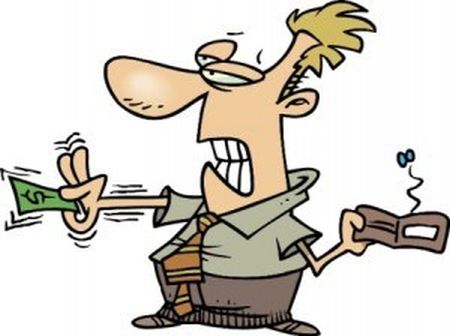 A skinflint buys a hearing aid for his relative

This incident dates back to early 1980s when I was abroad employed in a very large organisation that had nearly 70,000 employees (from different countries and contractor companies) and had its television and radio stations, an aircraft fleet (larger than many countries’ domestic airlines) and other things (normally not found even in large organisations). Many advanced countries’ diplomatic staffs posted in this country were given hardship allowance for being posted in this country. As I was in a very conservative country, with no social life at all, we friends would spend our leisure hours chatting, playing games or reading. We were provided with food, accommodation, transport and recreational facilities. We watched American serials and programmes on the television, watched uncensored Hollywood films, listened to American music relayed on company’s radio stations, read dailies and magazines, played pool, snooker, billiards, darts, table tennis and indulged in other pastimes. We had no social life at all – except for eating out in few restaurants that existed those days. Therefore, there was no question of spending, unless one was music or photography buff or spent money on electronic goods and luxury items.

There was one particular person we loved to talk to. This man had leftist and communist leanings and admired erstwhile USSR (and their leaders) and when it came to Indian politicians, Jawaharlal Nehru and Indira Gandhi were his icons. He hated the USA and capitalist countries, though he had not visited USSR, USA or any of the other countries to form accurate and unbiased opinions about them. Being a skinflint, during his annual 30 days leave, he would visit his family in India without buying and carrying anything for himself or his family or relations, while other Indian expatriates carried anything from 50 to 200 kgs. of accompanied baggage (or sent by cargo). He loved to talk and talked for hours and, apart from reading newspapers and magazines, which were freely available in the recreations scattered around the vast residential camp, he would not read any books or novels, as he had to buy them, which meant spending money. The only book that he read was “Freedom at midnight” by Larry Collins and Dominique Lapierre that he borrowed from a friend, when he came to know that this best-seller contained lots of revelations.

One day, he told us that he had received a letter from one of his relations (employed as Chief/Senior Ticket Checker or Inspector) asking for a good quality hearing aid. His relation would enter into express or fast trains’ compartments with other ticket checkers (and a magistrate and police would accompany them) and supervise their work, i.e. checking the passengers’ tickets and nabbing ticketless travellers or those having slow train tickets, but travelling by express trains or those having second class tickets, but travelling in first class compartments. Erring passengers would be fined instantly or when the train halted at a station they would be taken to a waiting room located on the platform and fined there by the magistrate at a mobile court. Those not having money to pay the fines would be kept in a lock-up or sent to jail, depending on the duration of the sentence. The people caught in these raids and clubbed together to be fined by the magistrates at mobile courts were odd lots: hawkers selling eatables (and other items), pickpockets, eunuchs, businessmen, professionals, street singers, beggars and others.

One day his relation, who was then in the fifties entered a compartment with his team, which scattered. He was alone when he detained a young man (having a well exercised and strong physique), travelling ticketless, as his team members were elsewhere checking passengers’ tickets and papers. When the train halted at a station, my friend’s relation got down on the platform like a Bollywood hero catching the rowdy by his collar (considering himself a macho star like Clint Eastwood or Charles Bronson). The rowdy turned around all of a sudden, gave him a strong, sharp and stinging slap on the left ear (felling him, rupturing his eardrum due to impact and impairing his hearing in one ear). He bad mouthed the fallen hero and ran away, before anyone or police could react or come to his aid and chase and nab the culprit.

The railway official was going to retire in a few months, but due to his good service record could expect to get a two years’ extension if he appeared before a panel to attend an interview and passed it. As this incident had left the railway official deaf in one ear, he wrote to his relative, i.e. our friend, to buy a small, but good hearing aid that could be easily tucked and concealed in his ear and bring it with him when coming on leave and the cost would be reimbursed. My friend purchased the hearing aid by paying in that country’s currency an amount equivalent to Rs. 800/- and took it with him when he went on leave. Rs. 800/- was quite a bit of change those days because the purchasing power of rupee was much stronger than it is today.

We friends knew that this man was merely a fair-weather friend (and was kind or generous), but merely a person with whom we could chat and while away our time. He was so tight-fisted that in days when writing letters was a norm, he would not post letters to avoid spending on postage, but send letters through Indians going home on leave and they would fix local stamps and post it. Considering this, the mere fact that he had purchased a hearing aid for his relative was something that astounded us and we sarcastically joked in private in Hindi as “Kanjoos ka daan,” which meant “A miser’s act of charity (or generosity).”

After he returned from leave, we asked him if his relation was happy with the hearing- aid. He said that his relation was very happy with the hearing aid and he wore it and attended the interview and answered all the questions put by the panel and got two years extension in service. When we asked him if he had gifted the hearing aid to his relation, he told us that he was not crazy to gift it and, on the contrary, he had charged him Rs. 2,400/-, i.e. he had extracted from him Rs. 1,600/- more. We were shocked to hear this and asked him what sort of a man he is to fleece his relation in dire need help by overcharging him, rather than gifting it? He then said, “Look here my friends. My relation wanted a hearing aid and I bought a good one, which he wore for the interview and got a two years’ extension. So what, if I charged him Rs. 2,400/-. Look at the brighter side. I did him a favour and due to my help he got an extension in service and will earn Rs. 150,000/- in two years as extra income, rather than sitting (at home) tight on his bottoms and shooting the breeze. So what is the problem, if I earned a little money on this deal?” Finally, he said, “I did him an immense favour and he will make pots of money. So what, if milked him a bit?”

That is what he felt, but if we friends were in his place, we would have gifted the hearing aid, rather than taking a single rupee. Since I left that country, I have lost touch with this man since decades. I did write to him a few letters, but he never cared to respond because for him once a person is out of sight, he is out of mind. I wonder he must have retired by now, but I am sure that he is loaded with money for the simple fact that during those days his lifestyle was Spartan and he rarely spent on anything and he was a penny pincher. Further, he was fortunate to have a wife who was not demanding and she had told him to save his salaries and she could take care of herself and her son with her earnings. The only luxury or expense he indulged in was on buying cigarettes, but whenever possible and wherever he could, he would borrow cigarettes from other smokers. He used to tell us that he is related to an Indian sportsman of yesteryears.

He was an amazing personality, the likes of which one rarely comes across. However, he entertained us in his own way by talking politics, what is going on in the various places where he was deputed to work and liked to gossip. He was an admirer of Ms Indira Gandhi and treated her as an icon and when the day she was assassinated, he broke down and sobbed bitterly and we friends had to console him and offered him tissues to wipe his tears.

He also told us that when he was in India, he frequented mujras (where ladies danced and sang) and would wear gajras (flowers) on his arms while going to the red light areas. Knowing him very well, it made me wonder if he bargained with them – ones who provided him fun and frolic and a shoulder to lean his head upon – to scale down their professional fees on the pretext of being a regular.