Sky-Walk Out, Underpass In! Underpass to Connect Rd from Mini Vidhana Soudha till Rd near Lady Goschen

Sky-Walk Out, Underpass In! Nearly Rs 6 crore ‘Underpass’ to Connect Road from Mini Vidhana Soudha till Road near Lady Goschen

Mangaluru : Recalling the report that was published in Mangalorean.com” Foundation Stone Laid for Rs 1 Cr 57 Lakh ‘Sky-Walk’ Project “on 23 August 2016, when the The city’s first Sky-walk proposed to come up near the Mini Vidhana Soudha, connecting it with the Town Hall, thus meeting a long-pending demand of the public, funded and built by the Karnataka Coastal Development Authority (KCDA) for the Mangaluru City Corporation, when the foundation stone and plaque of the project was inaugurated by the then State Minster Ramanath Rai along with MLA J R Lobo and otehr politicians, seems like didn’t materialize as per the Smart City Development Project- so in the place of Sky-Walk, Mangaluru Smart City Limited, under the leadership of Mohammed Nazeer as its Managing Director, the project work has already started. 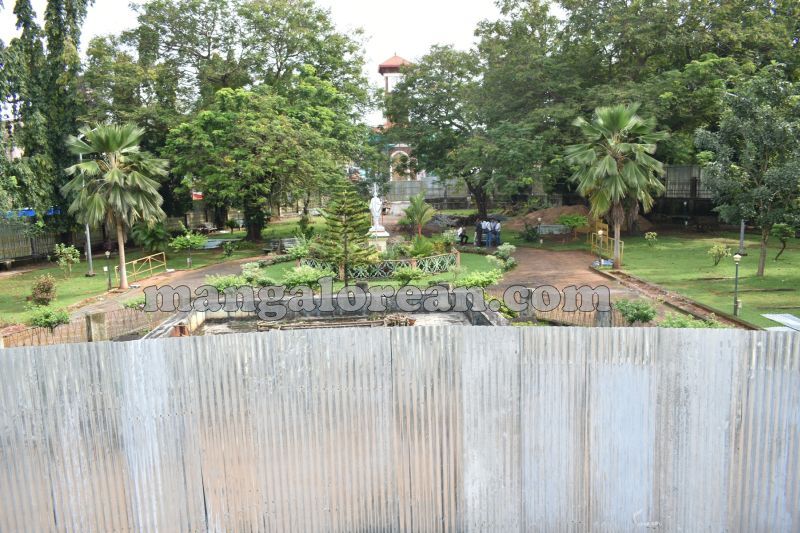 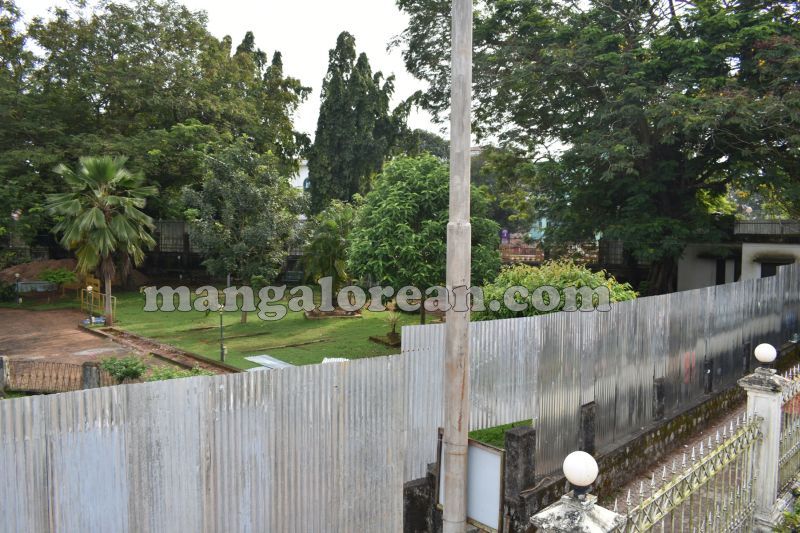 Earlier the plan for the Rs 1.57 crore project of Sky-Walk was undertaken by the Coastal Development Authority and Mangaluru City Corporation (MCC) was later shelved, and MSCL took over the project of Underpass, and the project is named as “PEDESTRIAN PLAZA” to be constructed through the Park in front of Town Hall, Mangaluru. Speaking to Team Mangalorean, Er Arun Prabha- General Manager (Technical) of MSCL said, “The work of the Underpass Pedestrian Plaza has already begun, and could complete within a year or so. The underpass starting in front of Mini Vidhana Soudha will connect to the road near Lady Goschen Hospital on the opposite side”. 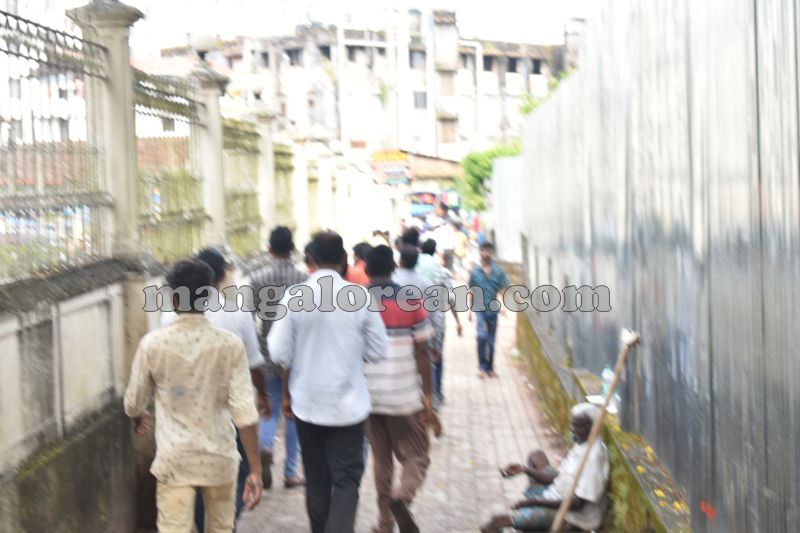 “The underpass, which will pass through Gandhi Park located in front of Town Hall, is expected to be completed at a total cost of Rs six crore. It also includes development of the park.The contractor Sudhakar Shetty of Ms Mugrody Constructions has begun the preliminary work on the underpass. The underpass is expected to bring relief to pedestrians who face a tough time trying to cross the road between Lady Goshen and Tahsildar office. The proposal also includes the development of landscape and building an amphitheater”, added Er Arun. He further said, “The estimated cost is around Rs 6 Cr, of which contract cost would be around Rs 5.34 Cr. The clear height of the underpass is 3.00 meter ; width of underpass- 10.00 mtr (inner to inner); length of underpass is 38 mtr; width of stair case is 5.00 mtr; there will be advertisement panels inside the underpass on both sides. Regarding components of proposed Gandhi Park, a Amphi-theatre with informal stage will be constructed; vendor street with kiosks; and pathway for pedestrians with pergola arrangements”. In the meantime, Mohammed Nazeer speaking to media had said, ” Regarding Smart bus shelters, already, 17 bus shelters have been completed under Smart City Mission. The ‘A’ category bus shelters will be developed at a cost of Rs 21 lakh and will have e-toilet facility, LED display and display of the timings of the buses. Such bus shelter will be developed near Circuit House, Pacchanady and Shaktinagar. A much awaited Multi-Level Car Parking (MLCP) near Hampankatta Old Service Bus Stand will begin after the MCC inks a deal with 22 property owners of five buildings located adjacent to the land identified for the project. The project was finalized and the design has been prepared”. He further said, “MLCP will be built on 2.01 acres of land and the cost of the project is estimated at Rs 94 crore and the contract has been awarded to Bengaluru-based R K Infra. The MCC will enter into an MoU with the private property owners with regard to project implementation. The MLCP can accommodate 200 cars and in addition 200 cars of customers who visit the retail shops. It can also accommodate 200 two-wheelers”.

Fruit vendor held for licking bananas in UP