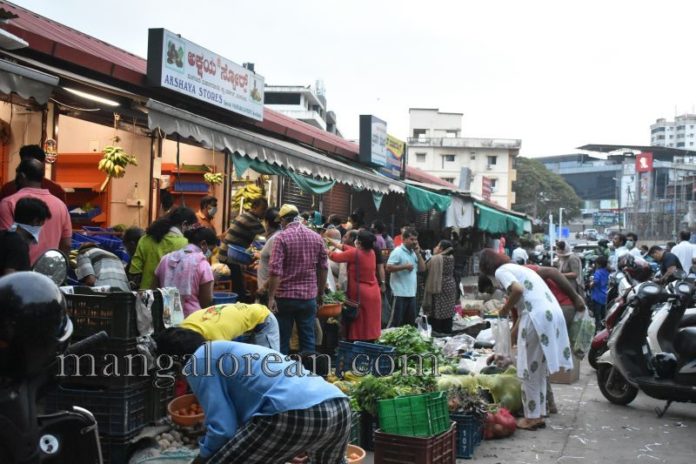 Social Distancing TOTALLY ABUSED by Citizens aka ‘Covidiots’ of Mangaluru during Essential Services, as permitted by the District Administration/Police Department between 6 am and 12 noon. But the way that people are behaving falling over each-other or brushing against each other during their shopping spree, chances are that Coronavirus could spread between the hours of 6 am-12 noon. While DC Sindhu Rupesh and Police Commissioner Dr Harsha had instructed strict orders to follow Social Distancing, they should have enforced it with officials or police taking control of the situation. No police nor any authorities were seen during the morning time, while there was all this rush and mess at the grocery stores/vegetable/fruits shops and Central Market.

Mangaluru: “Mind your own business. I know what I am doing. You media people are the ones who are creating more problems and panic among the people”- this was the rude comment made against me, when I had politely asked a bunch of people who had stormed in front of a veg/fruit shop in Kadri Market, to keep the distance from each other to contain Covid-19. And this man who used the rude words was a Doctor by profession- and I was stunned that a person in the health care sector behaved in such a way. One may ask, how I came to know that the man was a doctor- because when he got into his car, I peeped in and noticed a white coat and stethoscope lying on the back seat and the rear window had a doctor emblem sticker. What more proof do I need, to figure out, he was a doctor? 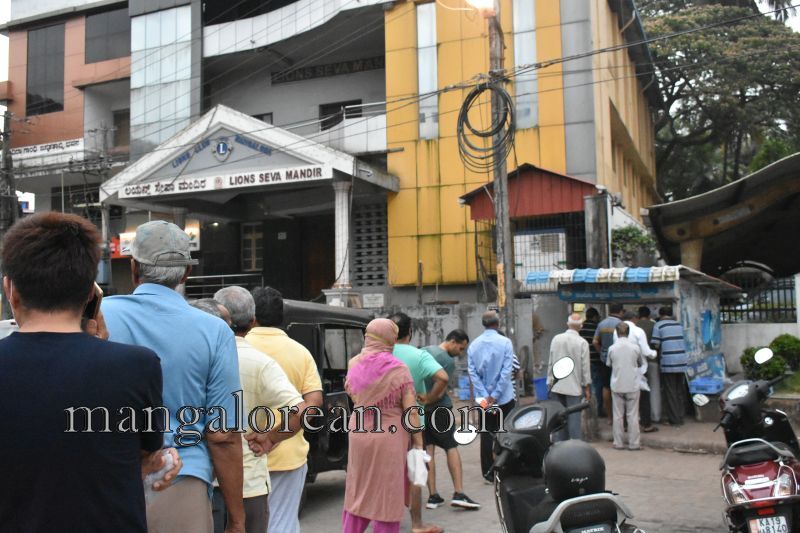 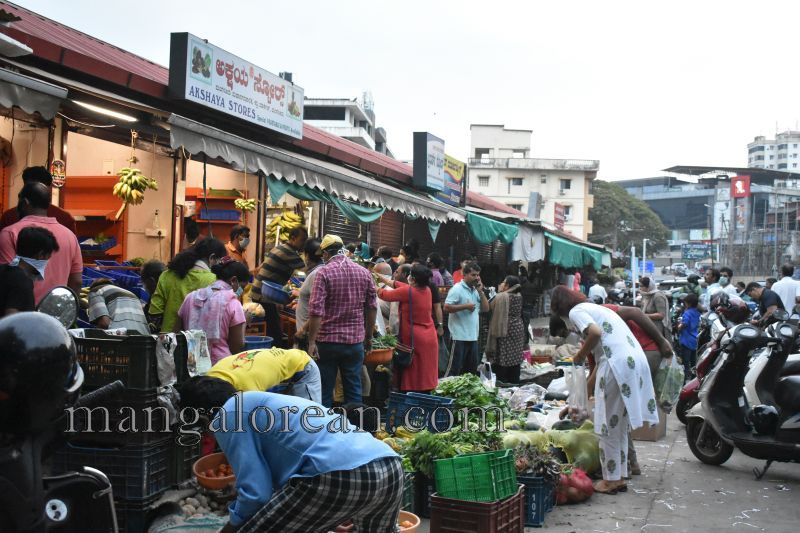 Following the announcement made by Prime Minister Narendra Modi about a 21-day nationwide lock-down, and to help out the citizens of Mangaluru, the district administration and police commissioner advised the general public regarding the availability of essential services like groceries, milk, fuel, medicine etc. between the time of 6 am and 12 noon. Dr P S Harsha had informed that essential services supply would not be affected and urged the people not to panic and at the same time not to spread unnecessary rumours. Even though the Police Commissioner had appealed to the public to avoid being on groups and maintain social distance, but all in vain – just look at the pictures in this report, you will know what kind of SOCIAL DISTANCING people are following – and it’s shame to note that many of these people who abuse the guidelines are the educated ones. 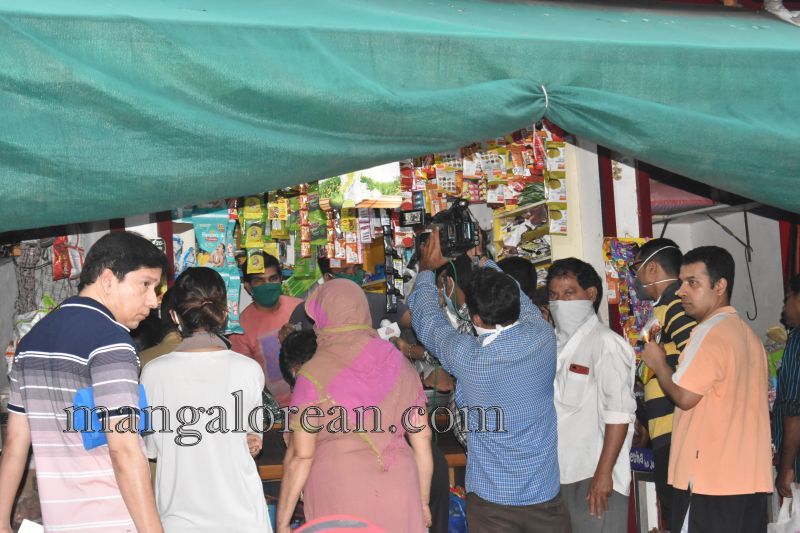 Team Mangalorean was at Kadri market around 6:30 am, and the area was stormed with citizens trying to buy their veggies and fruits, but not in a systematic manner, instead, falling over each other and crowding, thereby totally abusing Social distancing. When Team Mangalorean questioned the owner of the Veg/fruit shop, why was he not advising his customers to form a queue and keep a distance? His reply was, “Sir, I have made several requests and literally begged them to follow the guidelines announced by the DC and the Police Commissioner, but none of them listens. What I am supposed to do- I can’t hit them nor push them away. They themselves need to have common sense and follow accordingly”. 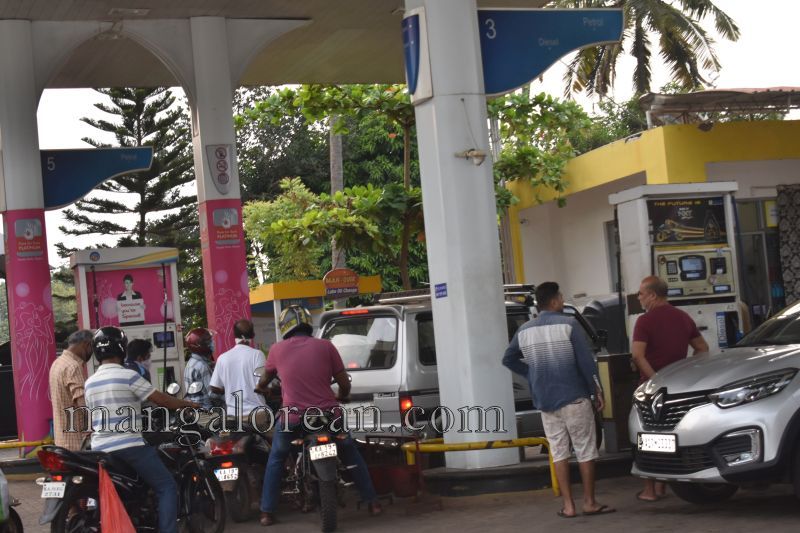 When questioned another shop owner dealing with spices and other commodities, on the same question, his reply was, “No use at all asking and begging these people, because everyone wants to be in front, and keep pushing forward. I have seen some customers returning twice and thrice, to buy the same items to stock them, and while doing so, we run out of the items, and others will not be able to buy. It’s just a nuisance here handling this unruly crowd”. Having fed up and seeing the TV crew and Team Mangalorean at the spot, the owner shut down the shutters- and all the hungry customers were out of luck?

Few of the customers speaking to Team Mangalorean said that the owner of the Veg/fruit shop has jacked up the price twice or thrice, from what they were yesterday- and people had no other option but to buy or leave it. Even the tender coconut price has gone up from Rs 30-35 to Rs 40-45. My next stop was to Martin’s supermarket, where customers had already packed the store- and luckily I found my bread which I was looking for since yesterday. Here too, people never kept a distance from each other, while in the aisle or in the queue to pay for their groceries. Is this how the system works, to control the spread of Covid-19.

And the best part was that, only TWO traffic cops were deputed near the Central market to handle such a mess of the non-behaving crowd- and these two cops were so helpless, that they stood far away and witnessed the chaos. (see photo) . While the roads looked deserted, it was a pity to see a bunch of stray dogs and beggars without food- and neither the district administration nor the Animal activists have taken any steps to feed these hungry humans and animals. I fed biscuits to these stray dogs, but not many were used to biscuits since they were used to left-over food or rice. Nothing much I could do, other than pity these furry ones. Unbelievable but Sad. 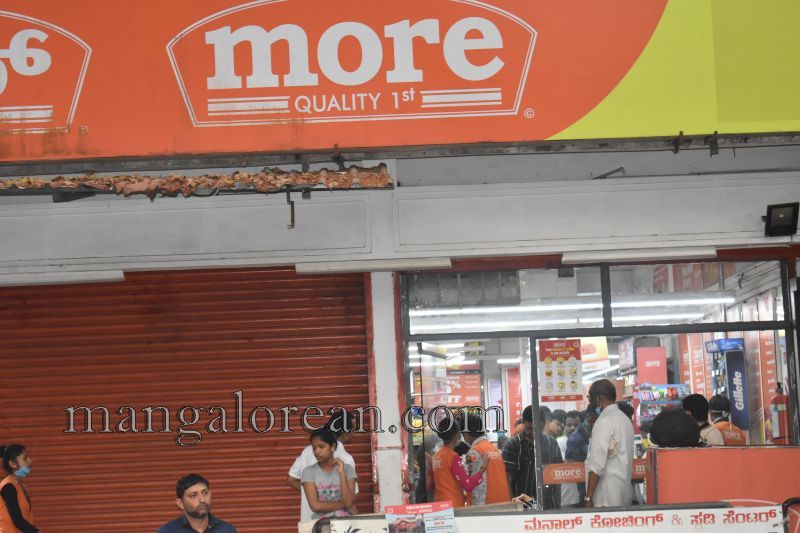 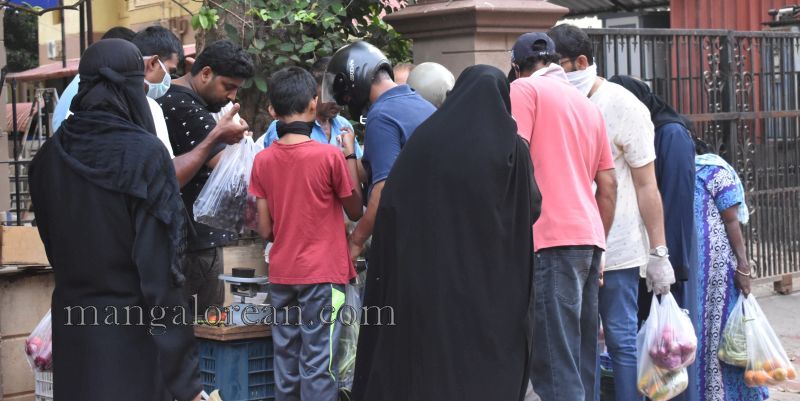 The roads wore a deserted look, with only a few vehicles seen moving around. Milk shops and grocery shops had a brisk business from 6 am- and there was a queue in front of the medical shops. But sadly, even after so much of warnings, awareness on COVID-19, people are still ignoring the guidelines is hard to believe. When I mentioned such people as ‘COVIDIOTS’, (idiots) is for the several factors they are responsible for such cavalier behaviour, which show an utter disregard towards public health safety, and a complete lack of social responsibility. According to them, some of the factors that make people act in such a careless manner are social conditioning, lack of faith in the healthcare system, botched-up messaging from the government about COVID-19, lack of historicity as well as the absence of scientific approach. 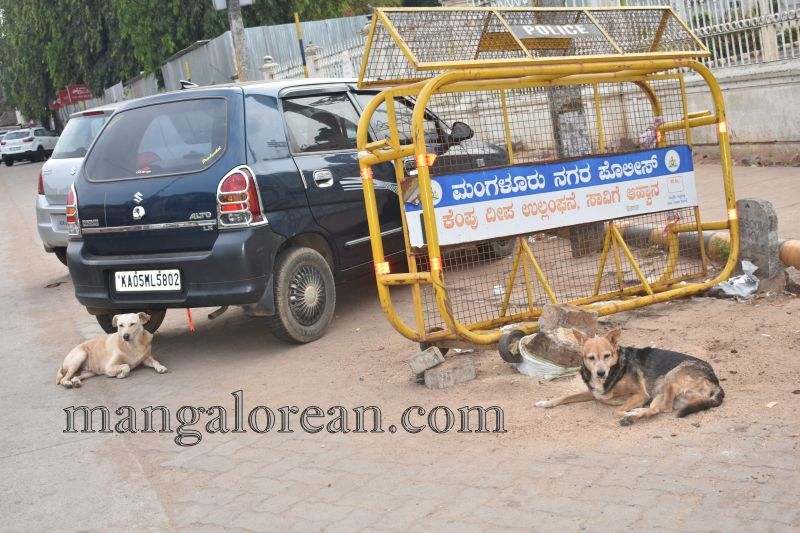 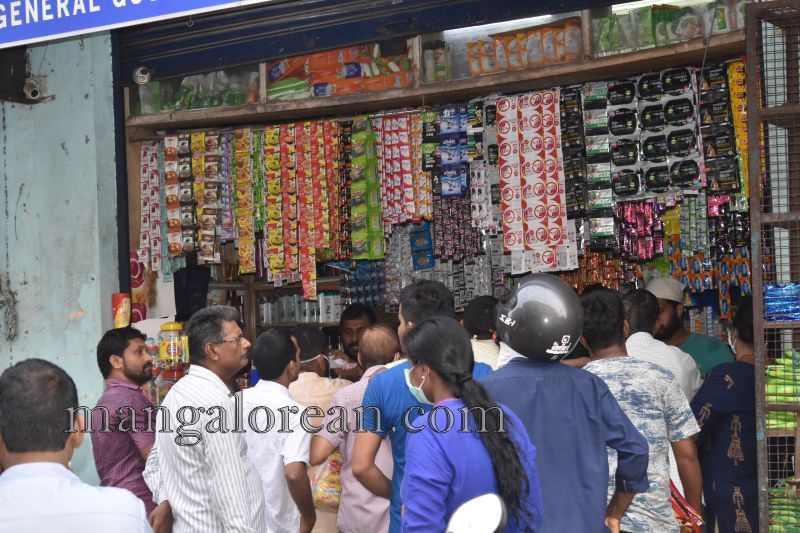 Now the question one would ask -“Why Some People won’t Practice Social Distancing?”- even when they are aware of the virus and its deadly impact, and ignore government advisories, and media warnings because of their obsessive need for instant gratification. Probably they are all groomed with the “Chalta Hai” attitude, and that no one can stop them. Many don’t ever think about how to behave in public, and what their duties and responsibilities are towards the society. Many are thinking that what is happening will not affect them. It is not their disease. It has happened in China, and will not affect them, I suppose. Or people are not responding to social distancing is it because they are not fully aware of the seriousness of the problem? 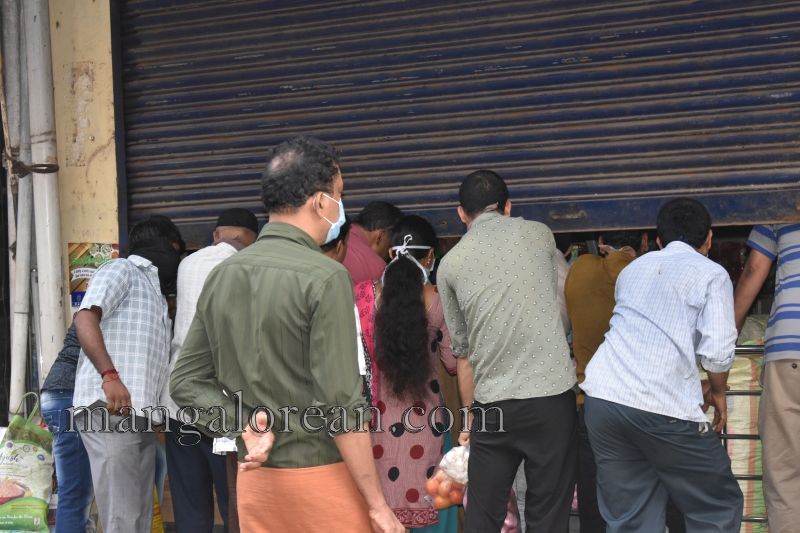 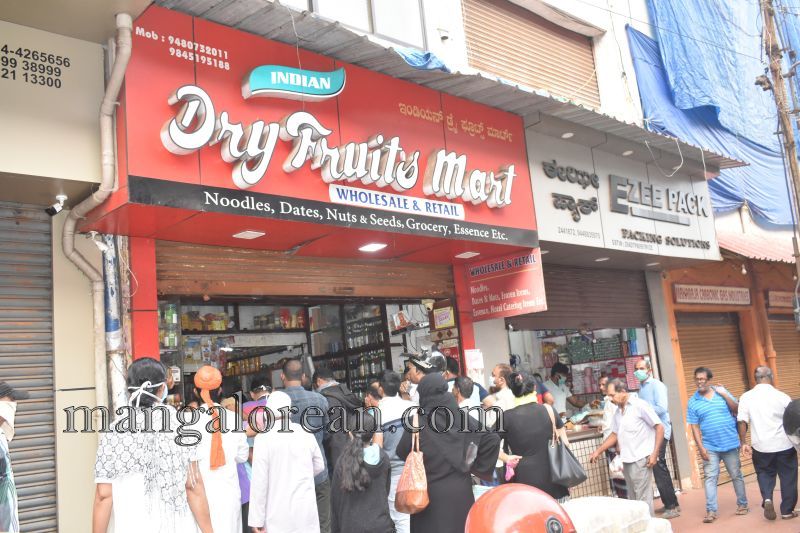 That symbolic gestures initiated by PM Modi like the “Janata curfew” also didn’t help, especially when they turn out to be counterproductive, and instead of encouraging people to stay at home, actually brought people together in groups, and on streets, thereby increasing the risk of spreading the virus. Although Mangaluru didn’t see such a celebration on the streets, but in other cities, it did happen. Totally nonsense- a one-day Nataka! 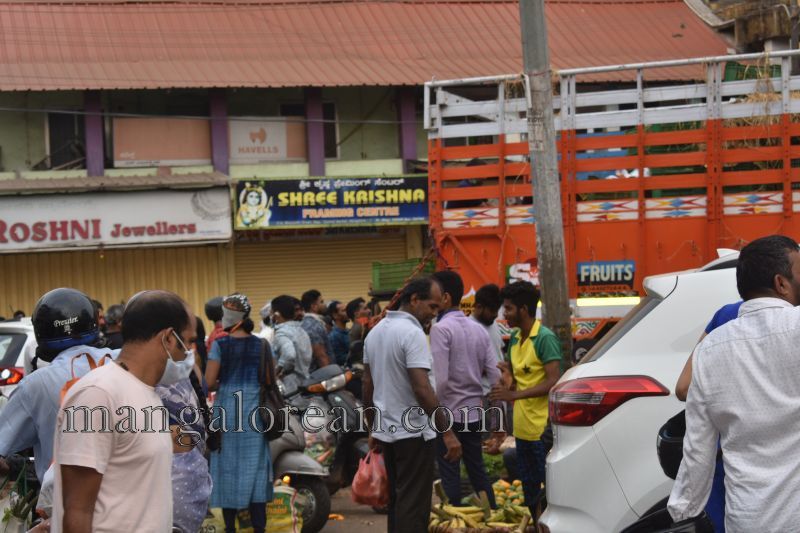 Now that the DC and police commissioner has implemented strict guidelines on social distancing and staying at home policy, they should depute authorities and police on the streets and take control of the people who abuse the guidelines. Just by implementing and not enforcing the guidelines will be useless, since our Mangaloreans, even though they are educated, many are still ignorant and lack common sense. Authorities and police need to be patrolling the streets even in the early morning, and not after 10:00 am? 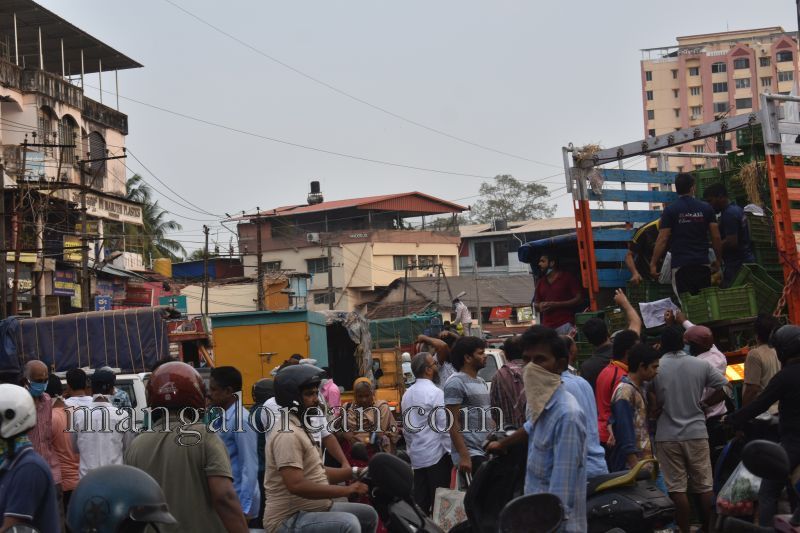 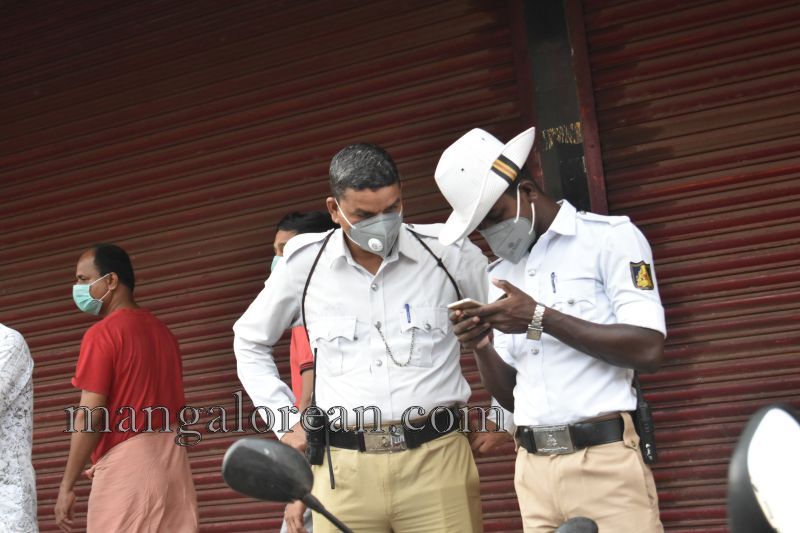 There needs to be strict law enforcement to secure the rights and safety of all. Inspirational messages/stories coming from the national icons will pace up the awareness and acceptance and action. It may be beneficial to point out how social distancing has offered everyone a time to relax, reflect, recognize and resurrect. Team Mangalorean makes a humble request to the District administration and Police Force. For people to strictly follow Social Distancing, there need to be more City Officials and Police on the streets, to straighten up a bunch of these Ignorant Citizens or call them “COVIDIOTS”- so that the spread of Covid-19 is prevented. And if the administration and law enforcement are taking it easy on the citizens regarding Social Distancing between 6:00 am -12:00 noon, then we are looking at CORONAVIRUS spreading between these 6:00 am-12:00 noon hours. Why Not?