Abu Dhabi: The spectacular musical extravaganza “Fiesta 2019” held at Abu Dhabi Country Club on Friday, November 22, 2019 broke all records, as the Konkani Cultural Organization (KCO) celebrated its 24 th anniversary with much fun and gaiety. The brilliant artistes captured the hearts and minds of the audience with their unique musical talent and charm. The Country Club ambiance and the illuminated dance floor and stage setup added to the glamour to the show. 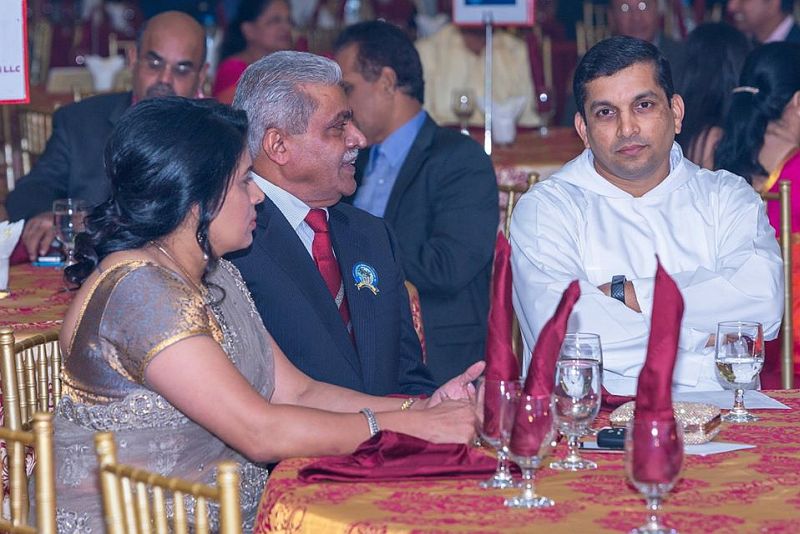 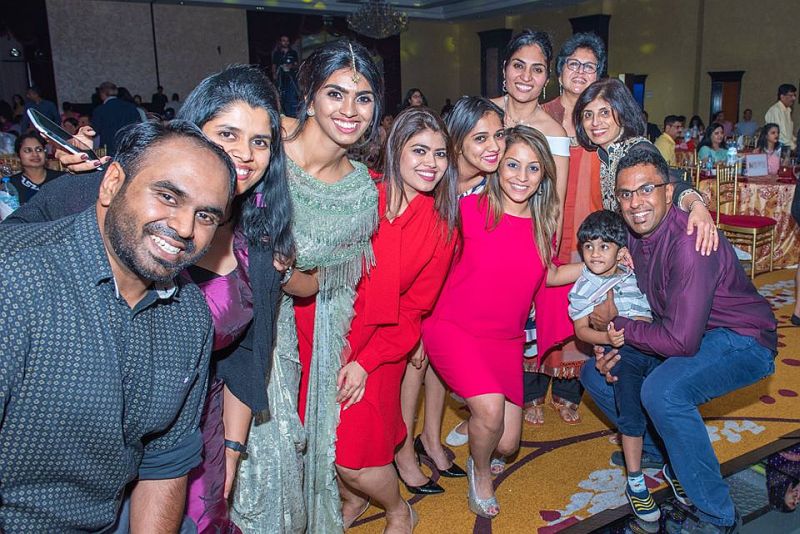 Year after year KCO has earned a reputation for bringing out successful events and this year’s Fiesta 2019 was another feather in the cap. The event showcased KCO’s organizational capabilities and expertise in putting together an entertaining event of unparalleled caliber. The efforts put in by KCO members paid off as the show was a remarkable success. The fusion of multilingual musical pieces, amazing dances was thoroughly entertaining and magical, attracting a houseful audience. 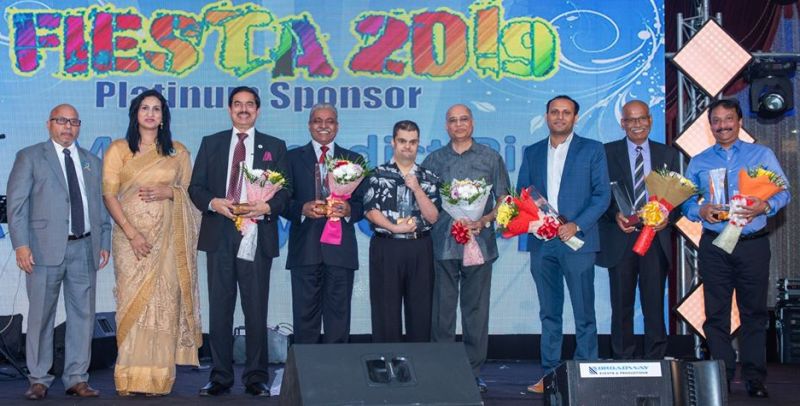 Fr. Derick D’Souza unfurled the evening by invoking God’s blessings on the event. He also implored Almighty’s blessings on the artists, performers, KCO members and all the audience present. Fr. Derick also mentioned the benevolent work KCO does in brightening the lives of many less fortunate people. 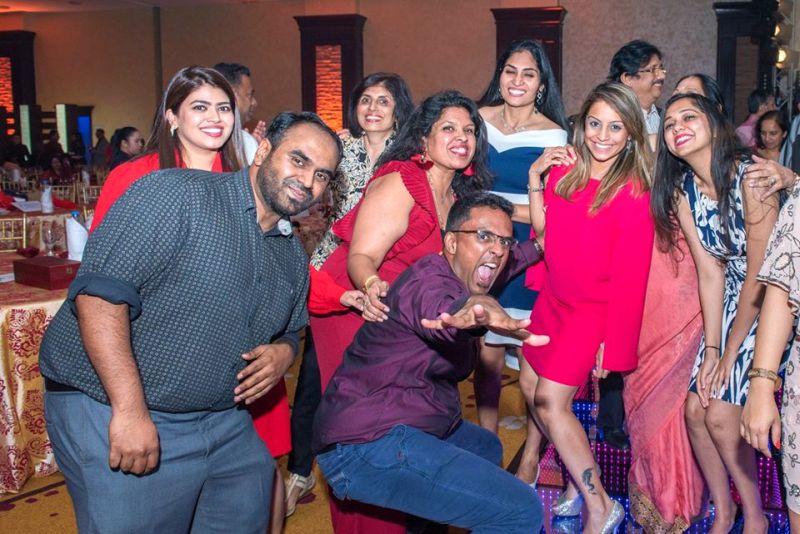 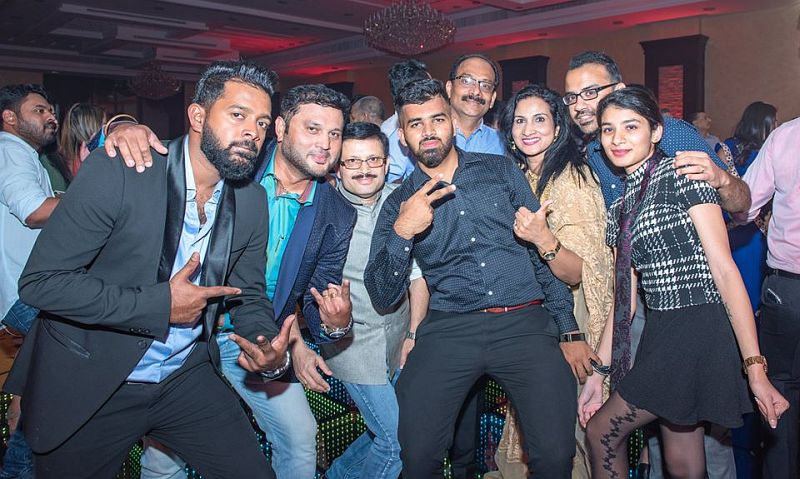 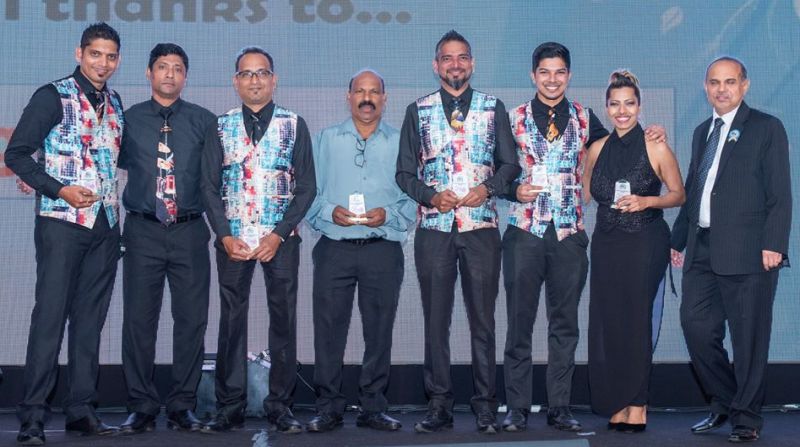 Vivek Serrao introduced the very entertaining and multitalented Master of Ceremonies Roshan D’Silva to the audience. Roshan took over the evening and carried out the proceedings in a very interactive manner involving the participation of the audience with entertaining spot games and humor. He held the programme together making sure the audience had an enjoyable time and bringing it to a successful finish. 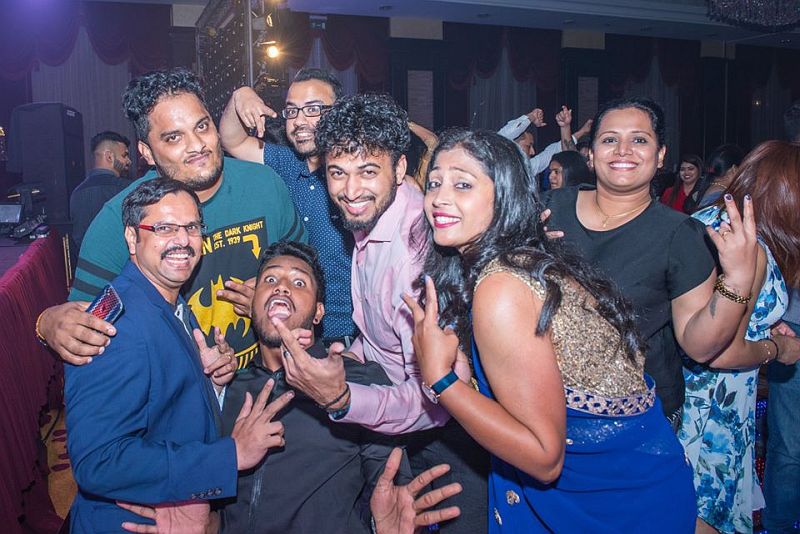 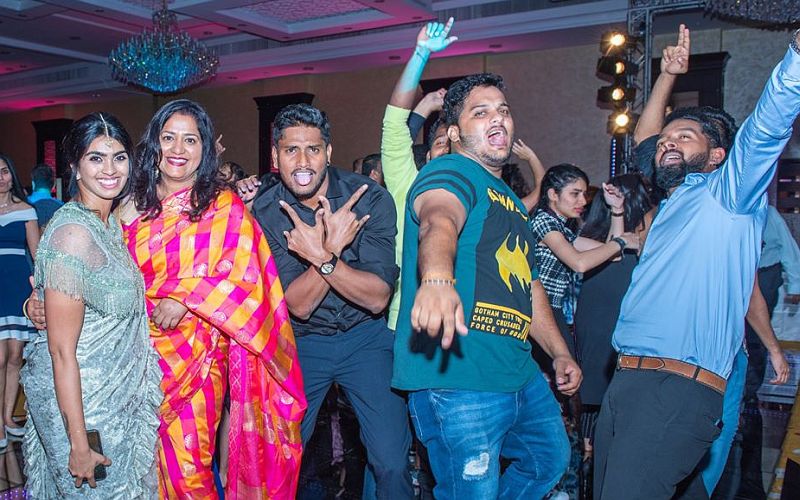 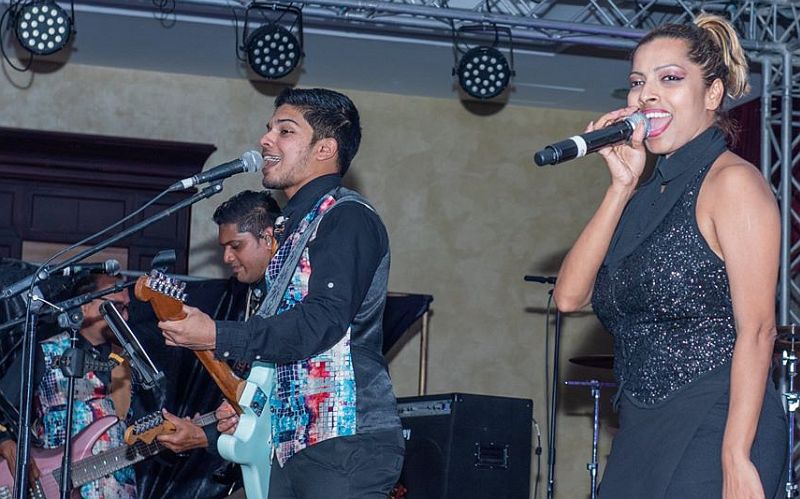 Our top Mangalorean singers, the versatile multilingual nightingale Anita Serrao and Lavita Lobo stole the hearts of the audience with their melodious voice. Charming voices of Mohamad Iqbal and Adolph Jayathilak who performed wonderfully to the delight of the appreciative audience. The first session lead by these four singers attracted the audience to the floor with some popular and foot-tapping songs, Gavn go Chedva, Ide Naadu Ide Bhashe, Kambakth Dil, Ye Raja, Gazab Ka, and Baki Sab First Class hai. 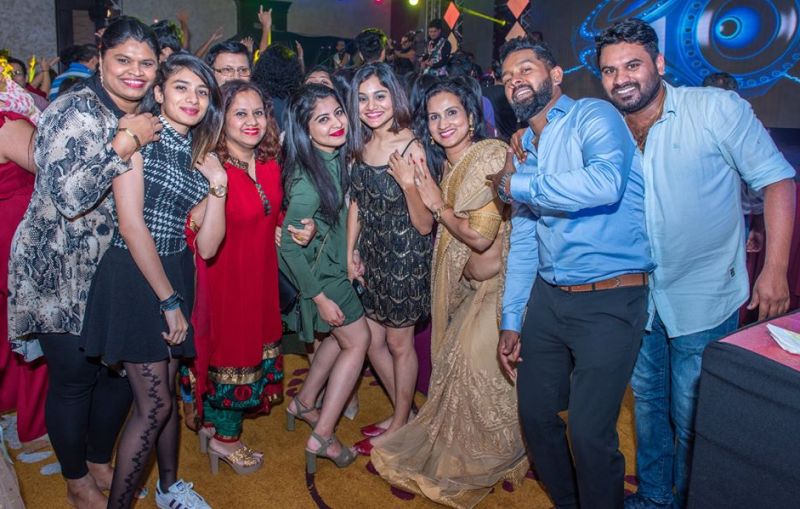 The highly acclaimed Goan band Alcatrazz powered up the audience with their mesmerizing accompaniment and songs throughout the show. They became an instant hit. Over the evening a strong rapport was seen developing between the audience and the band. Every bit of their music was thoroughly enjoyed, and the crowd had a rocking time on the floor swinging away to the tunes of Alcatrazz. 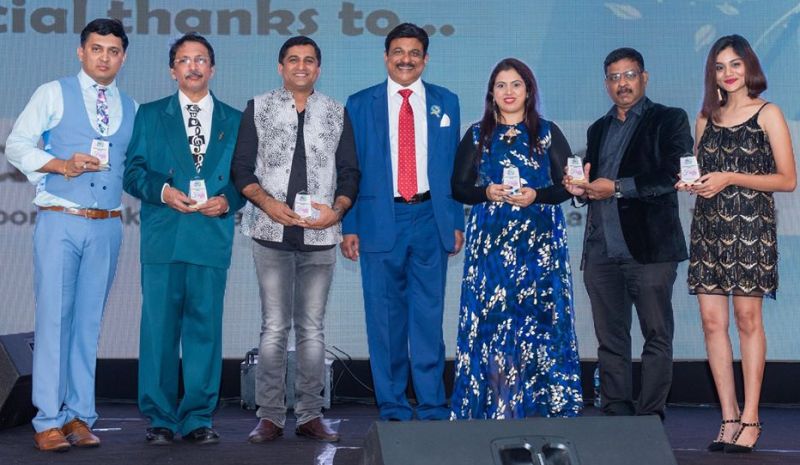 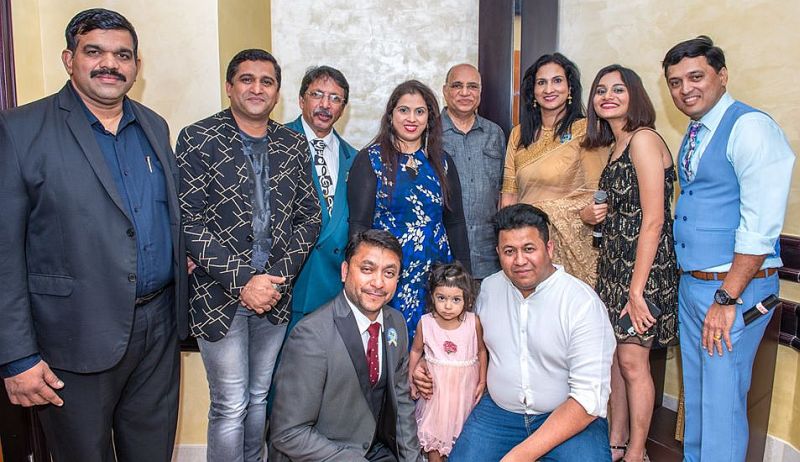 The programme was split into three sessions providing balanced and wholesome entertainment. Music Maestro Adrian Gomes played a pivotal role in providing music to all Mangalorean performances while Alcatrazz took charge of the Goan pieces.

In a brief Presidential address by CA Valerian Dalmaida, he thanked the sponsors, well-wishers and audience profusely for their support. He specially mentioned the support of sponsors like Padmashri Dr B R Shetty, Mr Ronald Pinto, Mr Michael D’Souza, Mr Leo Rodrigues, Mr Richard Castelino, Mr Walter D’ Almeida, Mr Michael Moras and Mr Benedict Pinto most of whom were present at the event. He also stated that the funds raised through this event, were utilized in UAE and India through KCO Trust®, Mangalore, established in the year 2000, for education, by providing scholarship to deserving students in various disciplines, medical assistance to Patients of Critical illness, Dialysis, Heart transplants, Brain and Liver Surgeries, Contribution to Several NGOs like, CEDDE-Child Care Cancer, White Doves, Jeevadaan, Snehasadan, Saanidhya and many more. He also requested the support of all Sponsors towards KCO’s Silver Jubilee celebration next year.

The sponsors, well-wishers, media personnel and artistes were introduced and felicitated during the programme.

The Baila dance contest was another special attraction of the night, this was inline with KCO’s motto of keeping Konkani Culture alive and passing on our rich traditions to the future generations. The contest had 2 rounds of performances and 1st place was won by Teena Periera and Arwin Dias whereas Benson Nazareth and Akshatha Mascarenhas were declared Runner-up. Both winners and Runner-ups were awarded a permanent Trophy, cash prize and gift vouchers. Bennette Demello, Sandhya Vas and Vinay vas were the judges for the Contest. 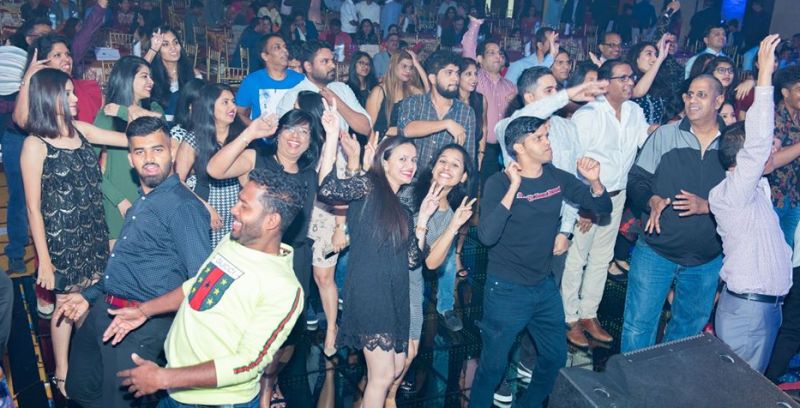 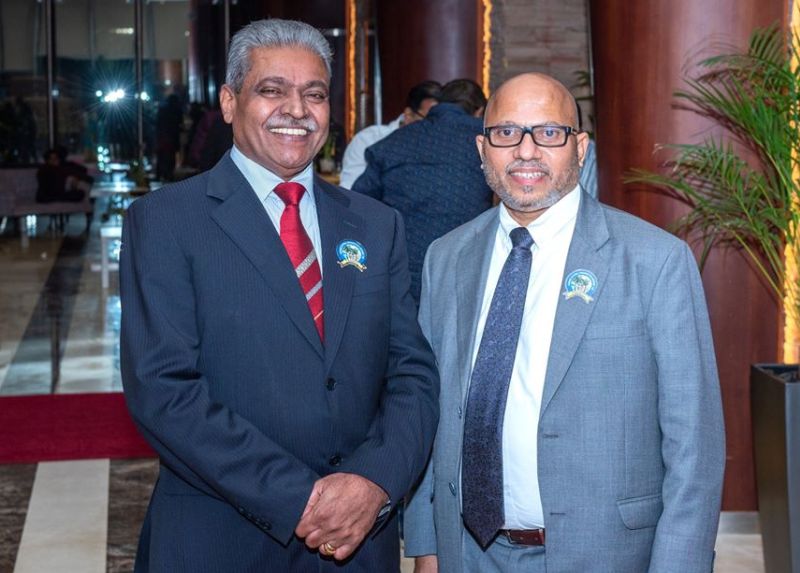 V-Dynamites dance troupe led by Vinod Siqueira performed some excellent dance numbers that aroused a lot of interest and left the audience clinching to their seats. A raffle draw was also held toward the later part of the show where a lot of audiences won amazing prizes like Laptops, mobile phones, Gold coins, Gift Vouchers and Perfumes.

The entire show was very well organized and meticulously planned under the able leadership of Valerian Dalmaida, the unity and solidarity among the KCO members was evident throughout the event. Bennet D’Mello the entertainment secretary and the members succeeded in executing the event in an exemplary manner. Effective sound system, vibrant lighting and stage effects by Broadway Events added color to the show. 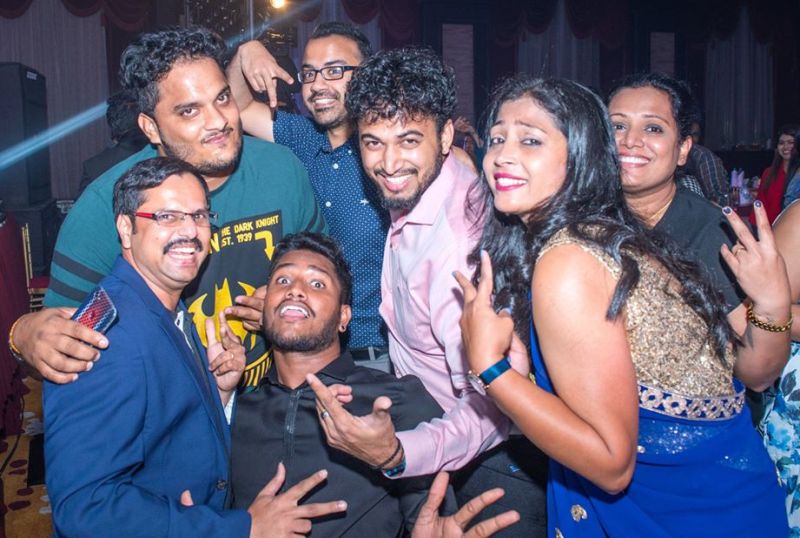 The people who attended the show had a word praise for KCO’s efforts in providing quality entertainment with sumptuous dinner. It was indeed a job well done. The programme concluded with the traditional “Laudate” led by Roshan and all KCO members on stage.

COVID-19: Total Lockdown to Continue in DK on March 29