Mangaluru: Pavoor Uliya is an island on the Netravathi River and located 12 km from Mangaluru with 35 houses, a chapel and a former government school. It was adopted by Dakshina Kannada Zilla in May 2017 in order to improve development.During summer, a temporary wooden bridge connects the island to the river bank. In the rainy season, a passenger ferry takes Pilates to and from the island. There are no street lights, shops or medical facilities on the island. 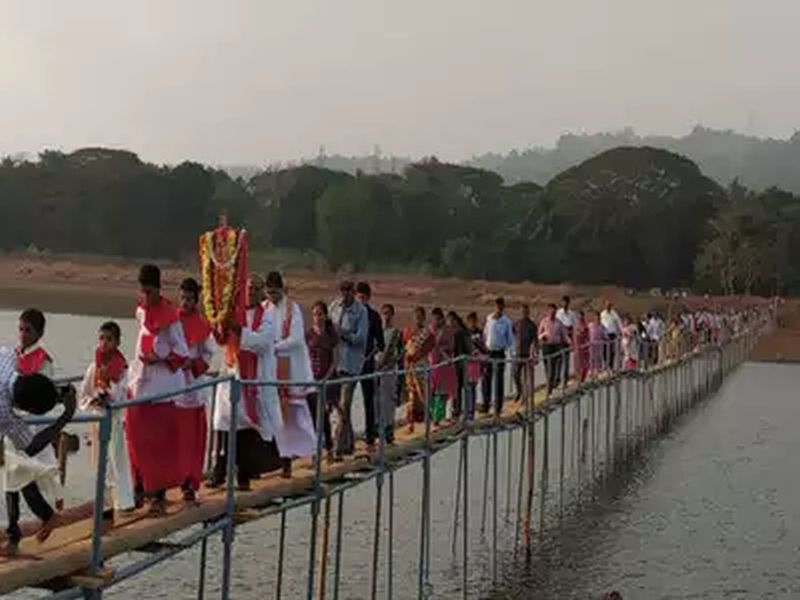 Uliya means “Leftover or Remaining Land”. Most of the families here are Roman Catholic, except for one Hindu family. The native language is Konkani. Capuchin priests from Farangipet come here to celebrate Eucharistic Mass every Sunday. The chapel’s name is Infant Jesus Chapel. Every year during Christmas youth and children organize a cultural program. The basic sources of living are fishing and agriculture. Coconut trees and other fruit trees such as mango and jack fruit are grown on the island. 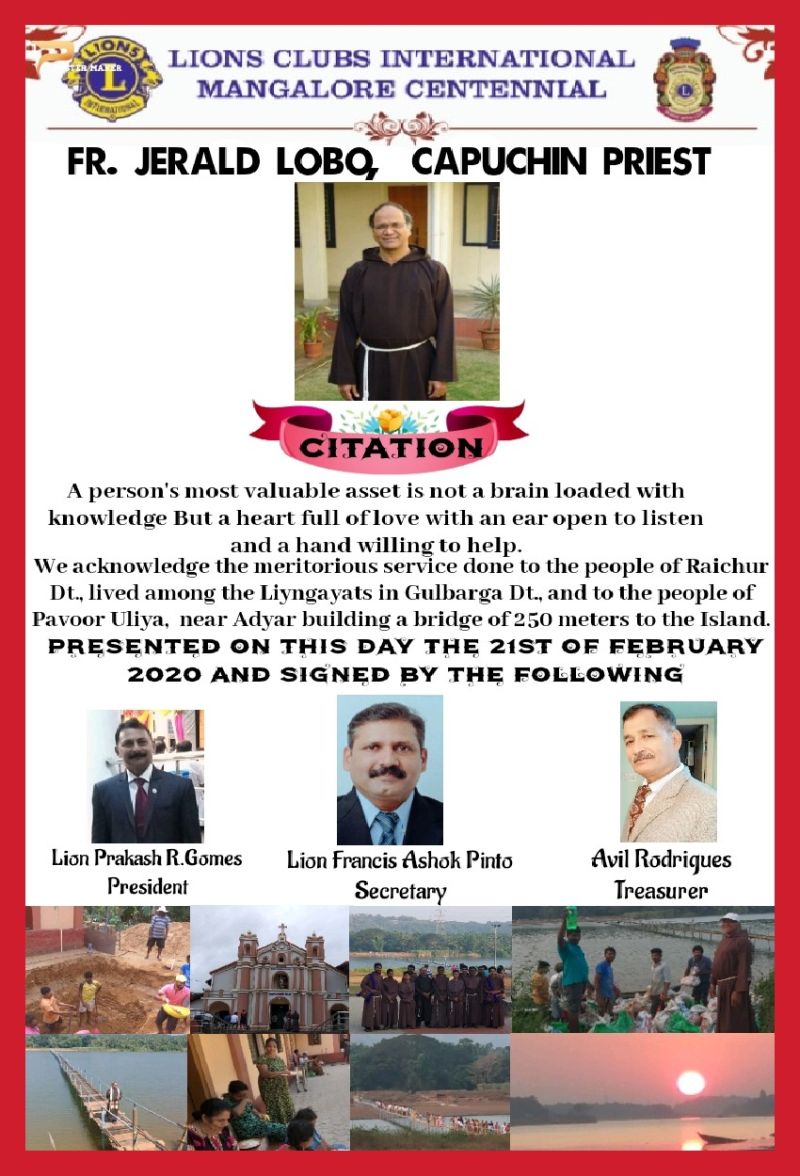 Currently, the sand mining has caused huge damage to the island. There evaluation of the damage caused due to mining activities. On Tuesday, 29 July 2014, the Minister for health and family welfare, U.T. Khader of Karnataka, had said the Karnataka state government, acting on the longstanding demands of the people of Pavoor-Uliya, has sanctioned the construction of a hanging bridge across the Netravati River, connecting the island to the mainland. A sum of Rs 3 crores was already been released for this purpose. But as of today, there has been no permanent bridge constructed as promised by the Minister. Parish priest of Pavoor-Uliya Church Gerald Lobo-Capuchin later took the initiative, and things started to pick up pace after Fr Lobo wrote to the Prime Minister’s Office. Later, the district administration sent a Rs 5-crore proposal to the state government for the bridge. However, nothing has changed on the ground, allege villagers. It was Fr Lobo with the help of the residents, since last four years have been constructing temporary bridge made of wood and steel poles, so that the residents of the island could have a connectivity with land. 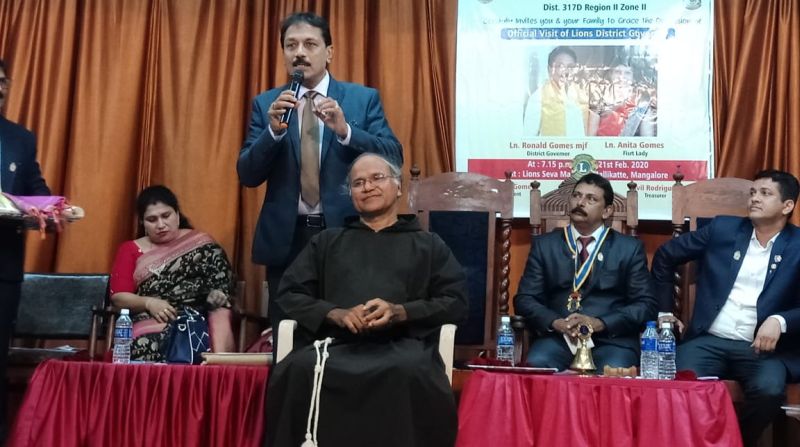 Like one resident of Uliya who is part of the bridge construction team had said “If there is no bridge, people have to cross the river by boats to reach the city. Students and the elderly too have to cross the river by boats. The government has let us down. Bridge is a basic right and it has been denied. This is sad,” . As they say that a person’s most valuable asset is not a brain loaded with knowledge -but a heart full of love with an ear open to listen and hand willing to help. And with that kind of character and nature, Fr Lobo has been at the service of Uliya residents in their needs, and building a temporary bridge being his main priority.

And to such a person, who has done meritorious service to the people of Raichur district; lived among the Lingayaths in Gulbarga district; and to the people of Pavoor-Uliya by building a bridge of 250 mts connecting to the Island- Lions Club International district 317 D along with Lions Club Mangalore Centennial acknowledged the tremendous service rendered by Fr Jerald Lobo-a Capuchin priest, by felicitating him with a shawl, memento, fruit basket and a citation. “Fr Lobo has been continually building the bridge to have connectivity to the main stream. It’s connecting the people. By this relationships will be easier” said Ln Ronald Gomes after honouring Fr Lobo. 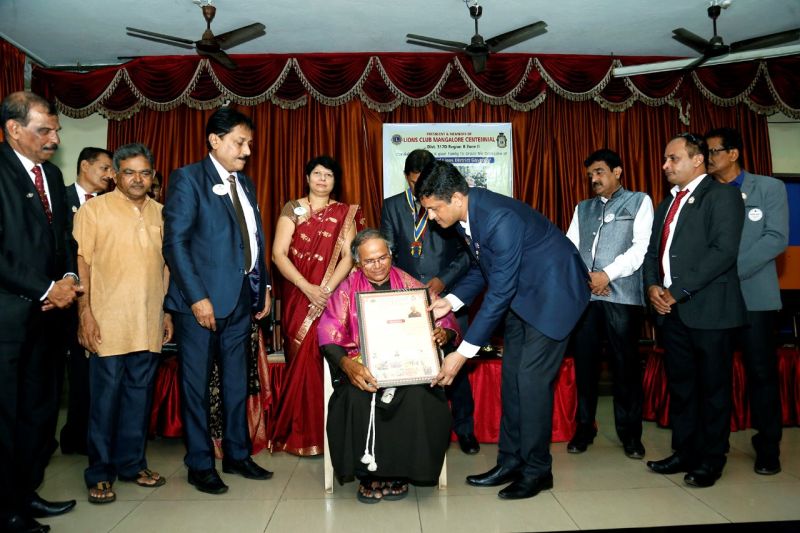