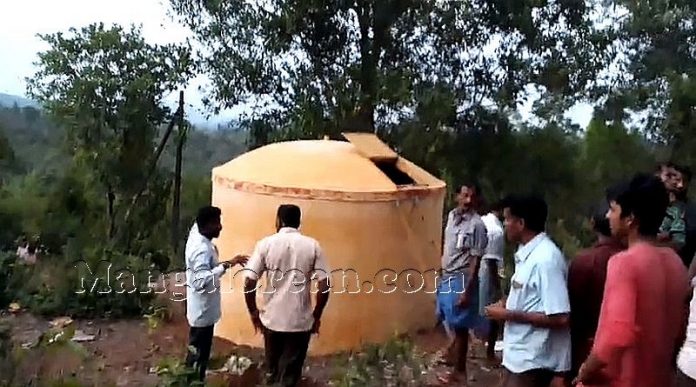 Puttur: In a tragic incident three children drowned in a water supply tank in Uddangala, Panaje here on April 3.

The deceased have been identified as Vishmitha (13), Chaitra (10) and Jithesh (13) all from Uddangala, Panaje.

Due to the school holidays, children had gone out to play, they found the water tank open and got into it to play in the water. The tank was constructed three months ago.

The public protested and demanded the Deputy Commissioner and the AC to visit the spot. They also alleged negligence of the Panchayat administration and demanded action against those responsible.