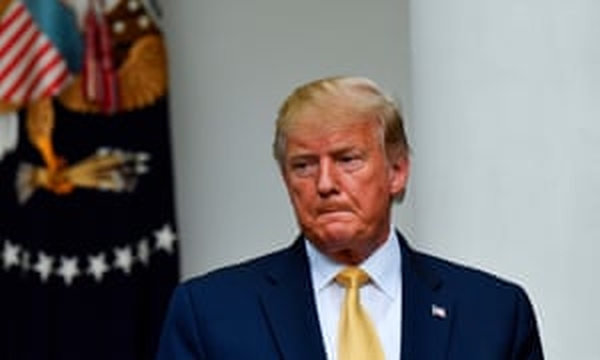 Washington: US President Donald Trump has said that the United States would keep a limited military presence in Syria to “secure the oil,” without elaborating on the troop numbers.

“I don’t think it’s necessary other than we secure the oil. It’s a little different section, but we need to secure the oil,” Trump said during the cabinet meeting on Monday, when he was asked if a limited number of troops would stay in Syria.

He also noted that Israel and Jordan had asked the United States to leave a small number of troops in a different section of Syria, which is near Jordan, and close to Israel, Xinhua news agency reported.

“So we have a small group there, and we secured the oil. Other than that, there’s no reason for it,” Trump said, referring to the issue of keeping troops in Syria.

But he made no mention of the numbers and the length of the deployments.

Citing a senior administration official, The New York Times reported earlier in the day that Trump is leaning in favor of a new Pentagon plan to keep about 200 troops in eastern Syria to combat the Islamic State and block the advance of the Syrian and Russian forces into the region’s oil fields.

US Secretary of Defense Mark Esper on Monday confirmed to the press in Kabul, Afghanistan that there are discussions about keeping some troops in northeastern Syria near oil fields with the Kurdish-led Syrian Democratic Forces (SDF).

It also marks the latest reversal of Trump administration’s Syria pullout policy. The White House in last December ordered 2,000 US troops to leave Syria immediately, but later it compromised with the military to keep around 1,000 troops in Syria.