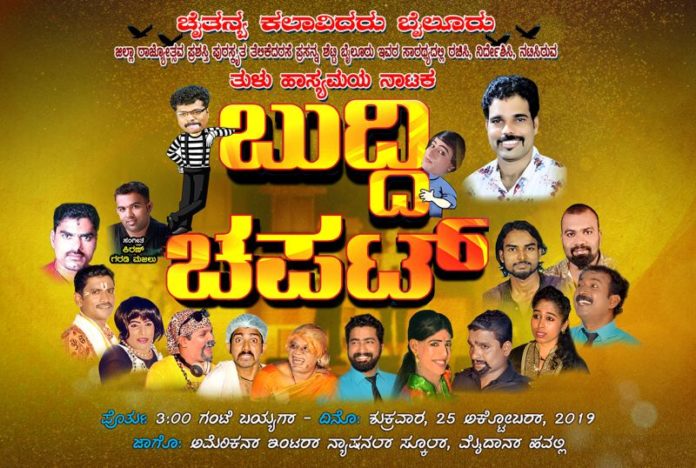 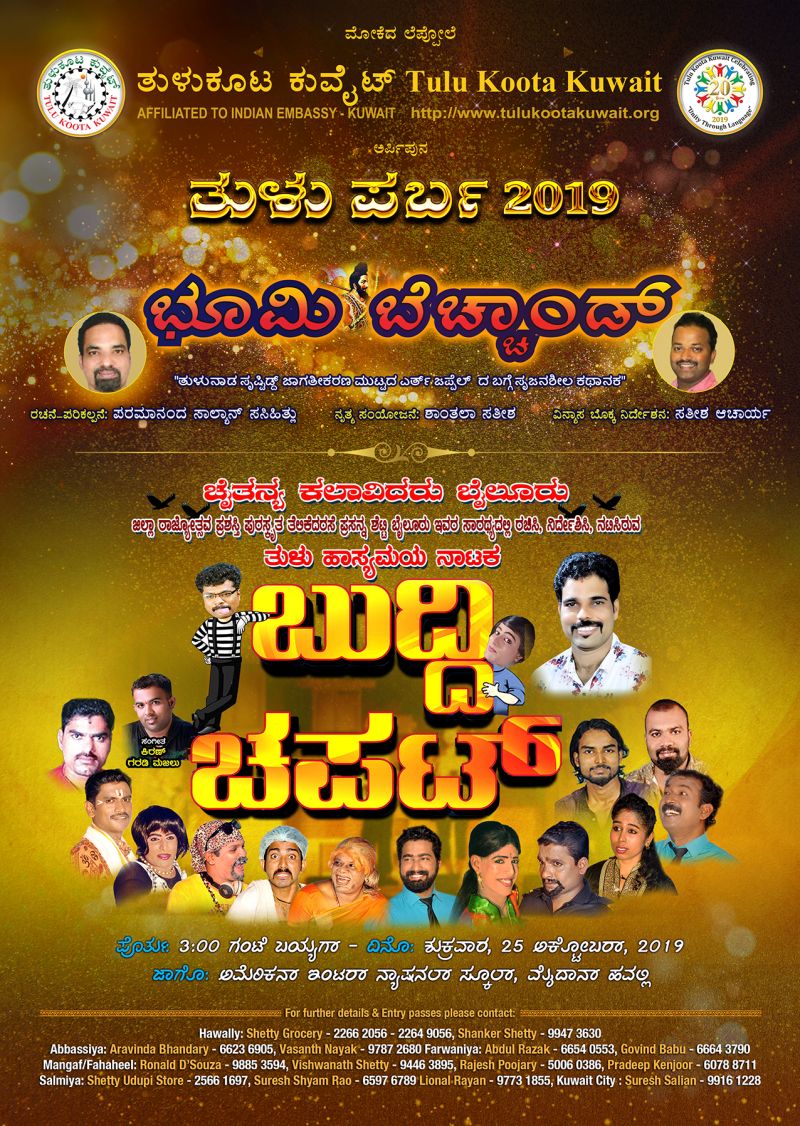 Culture is the Characteristics and Knowledge of a region or a group of people, encompassing language, religion, social habits, music and arts. Culture fills the colour into the society, brings liveliness into the life and most importantly unites all together as one. Culture is the real identity of any society, we Tuluvas are proud of our great cultural values which still remain strong and sound in our hearts and actions. Language teaches cultural heritage and a sense of uniqueness and identity in a culture. All TKK members, with pride, celebrate the Festival of Tulu Culture and Tulu Language – “TULU PARBA 2019” in a grand & colourful opening procession on Friday, 25th October 2019.

The multi-fold festival starts at 2:00 pm at the American International School Auditorium, Maidan Hawally with a grand colorful procession. Soon after, it will be followed by a team consisting of more than 100 talented Koota members presenting a unique concept called “Bhoomi Bachaand” of how our earth gets destroyed due to Global warming. This unique show has been conceptualized and created by multitalented artiste Paramanad Salian Sasihithlu, and direction by talented Committee Member Satish Acharya with dance direction by Vidushi Shanathala ACharya from Nrithya Nikethan Academy.

The event as a whole will take the audience to a new world of entertainment and comedy. President Ramesh Shekar Bhandary and the entire Committee Members of Tulu Koota Kuwait invite everyone for the mega event of Tulu Parba 2019.

Mark your Calendar Now! Do not miss to join us and be part of Tulu Parba 2019.