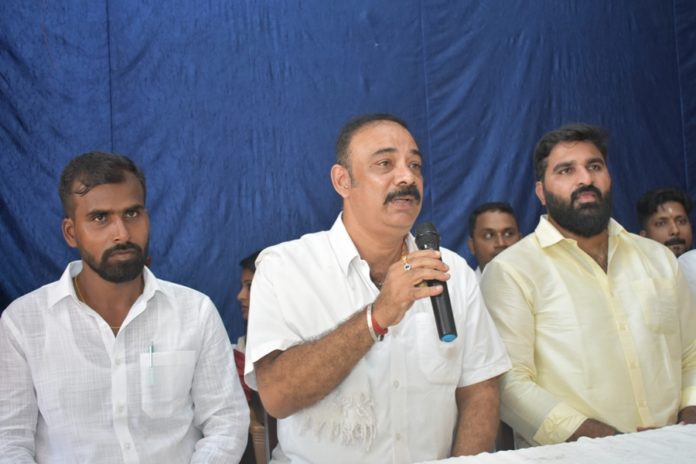 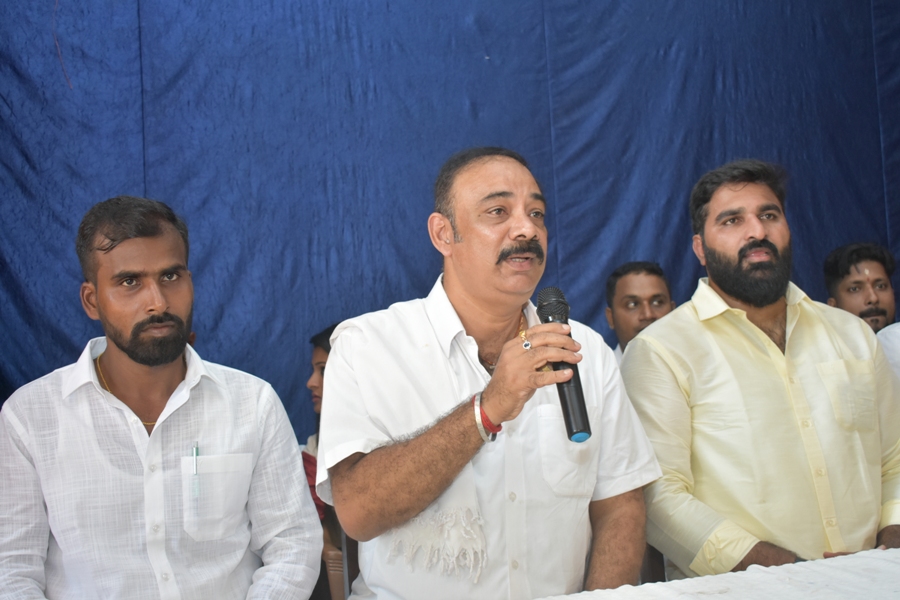 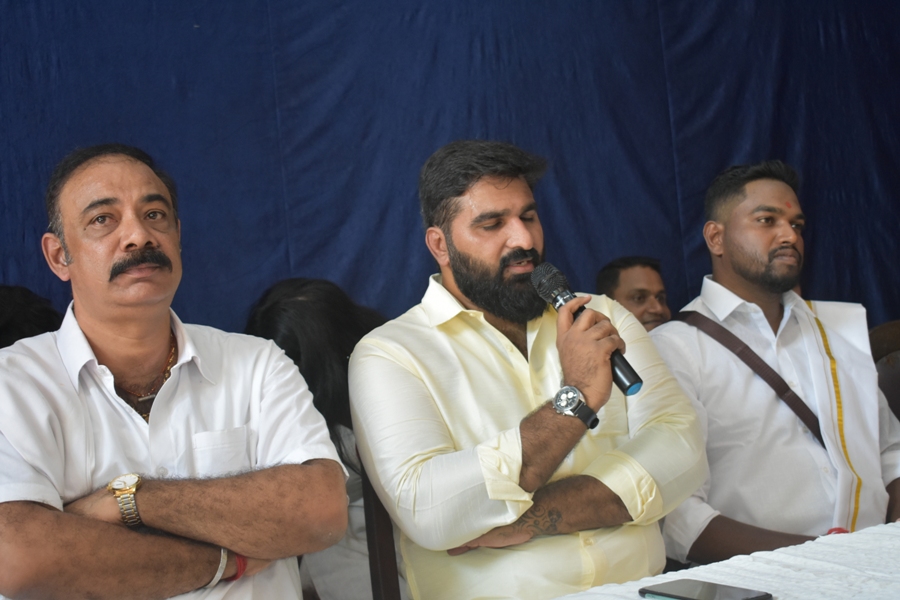 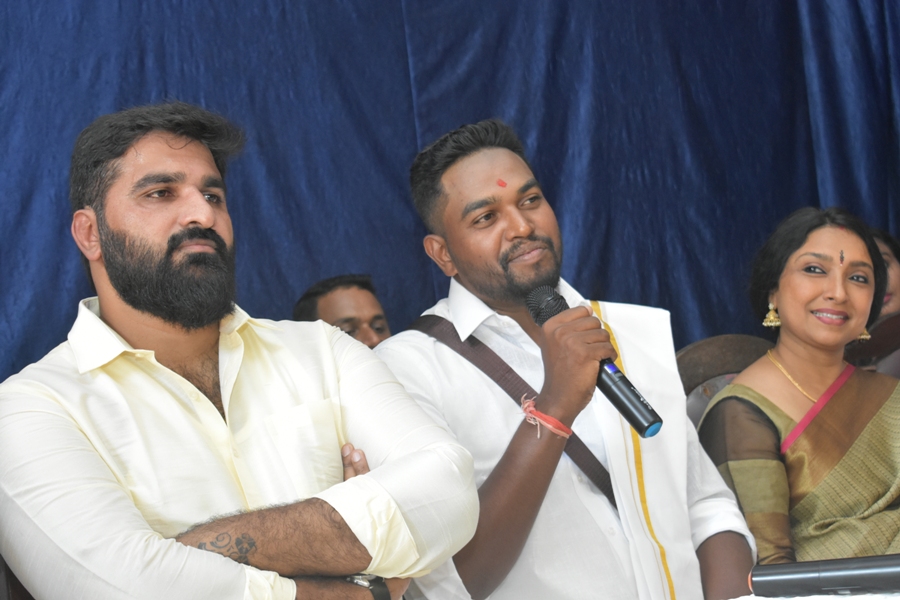 Mangaluru: During a press meet briefing the journos, the producer of the film, who is a National Award Winning producer Avinash U Shetty said, “We are happy to announce that our forthcoming film ‘Pingara’ has been adjudged as the BEST ASIAN FILM by Network For Promotion of Asian and Asia Pacific Cinema (NETPAC), and it has also been selected for screening at International Film Festivals planned in 29 different countries across the world. We are hoping to release ‘PINGARA’ in theatres sometime in the month of April or May. The date is yet to be finalized”. 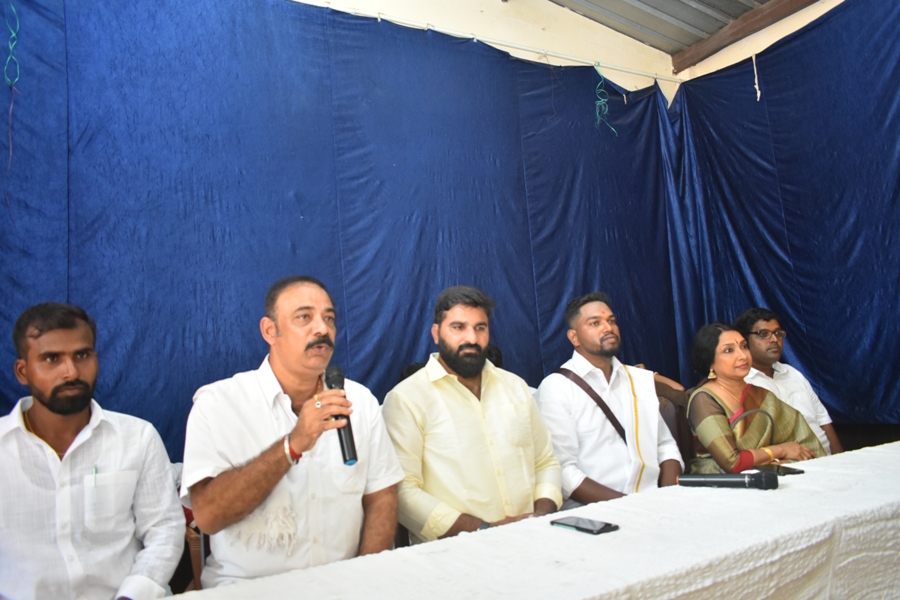 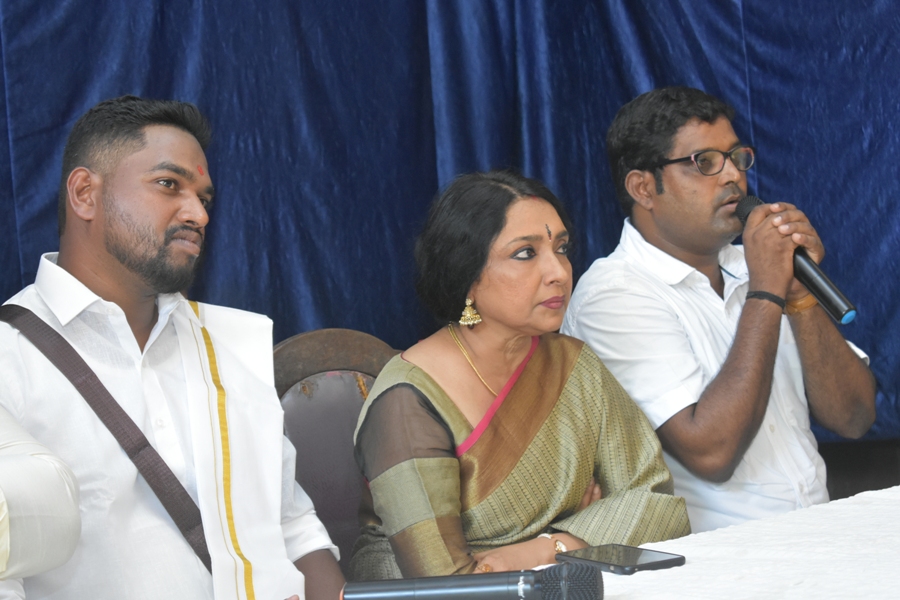 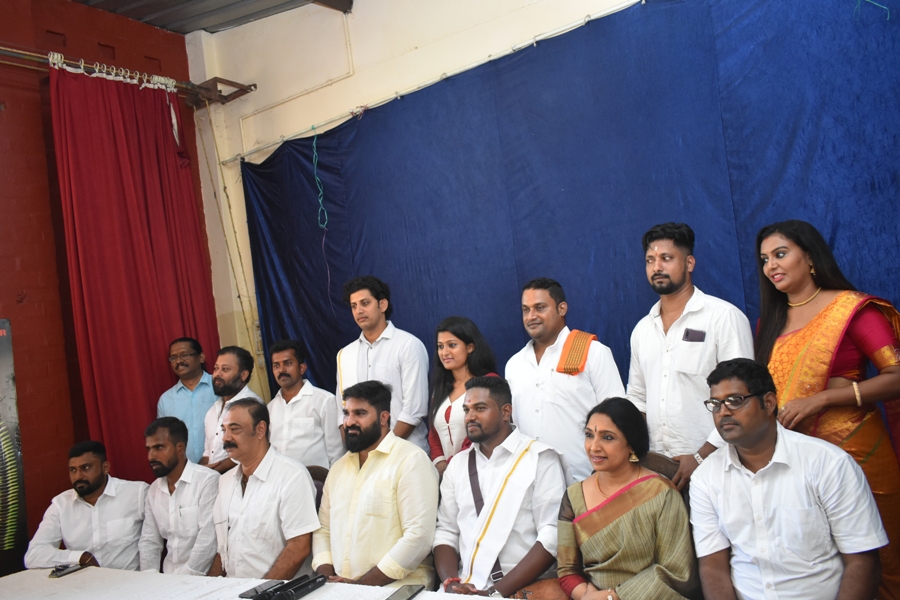 He further said, “The film traces the story of three generations and forces people to respect those considered as downtrodden. The character of a divine interpreter is the central focus of the film. The film comprises of casts, including many new faces. Well known director Preetham Shetty has written the story and screenplay. The film was shot in Bailuru and in the surrounding Karkala areas in about 14 days, including during nights. Art direction is one of the best aspects of the film, which was done by Janardhan. Owing to his efforts, the film is rich in aesthetics”. 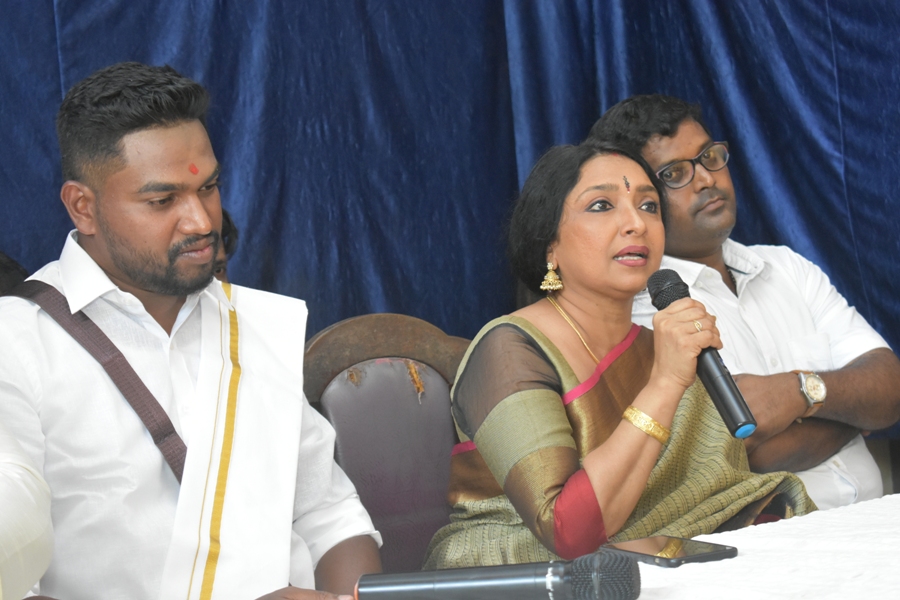 PINGARA, which Preetham Shetty has directed in his mother tongue Tulu, is his debut film as a director. Tulu Nadu, is a region in the coastal belt of Karnataka which has unique culture of people worshiping Daiva/Bhoota (Holy Spirits) more than worshiping God himself. Dalits (the societal termed “backward ethnic community) are believed to have the ability of summoning spirits on to their bodies at will and hence are considered Godly/Divine momentarily. The story of the film PINGARA (Areca Flower) is woven around this unique culture. 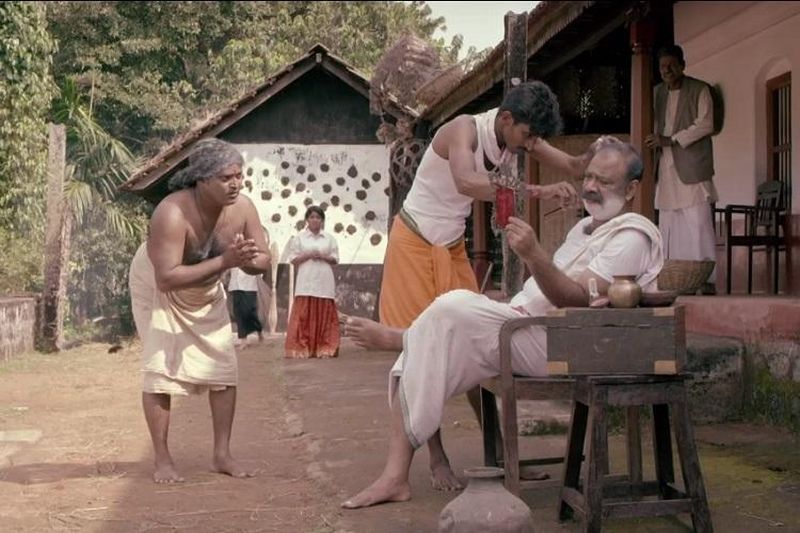 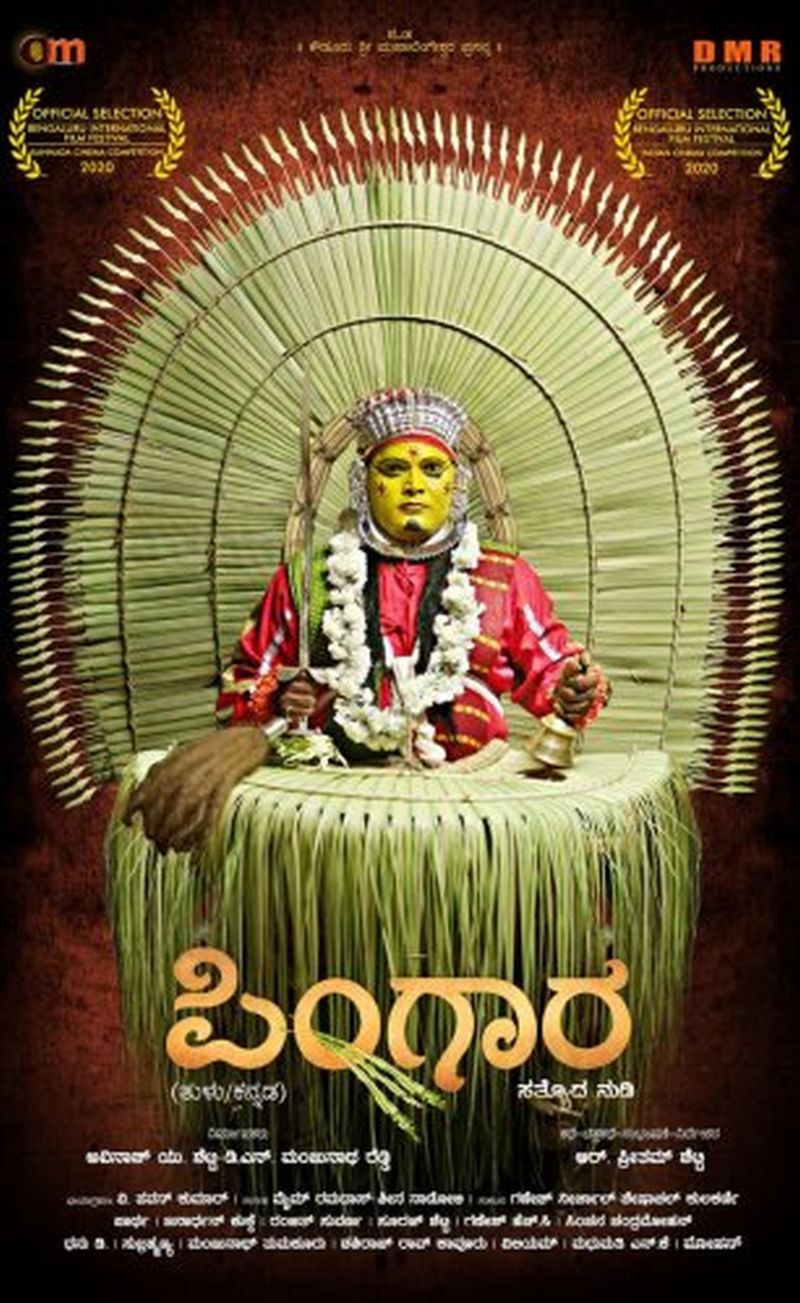 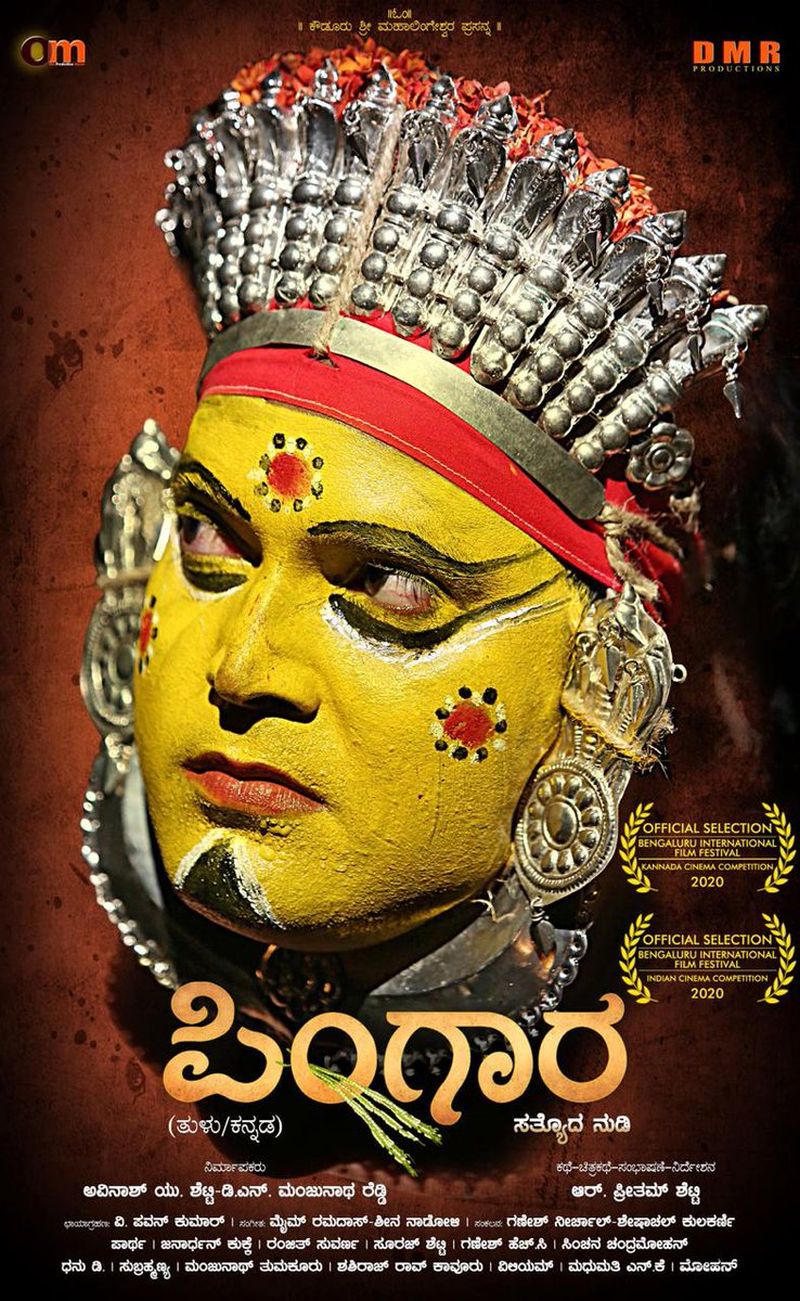 When the spirit speaks the truth through the bodily medium of Taniya, a person from the Dalit community about the problems faced in the village; 3 individuals from the supposedly upper caste Mahabala, Malli and Mohana gets guilt ridden. The story interestingly unravels how each of them is affected, how ego and class discrimination practices result in injustice and finally, how nature at the end of the day uses the same bodily medium to deliver justice.