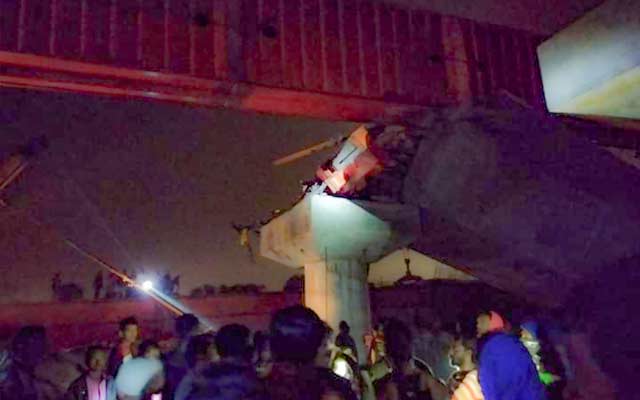 Kolkata: Two labourers were killed and several others injured when an under-construction bridge on Farakka barrage collapsed in Baishnabnagar of West Bengal’s Malda district on Sunday night, officials said.

Several labourers were believed to be trapped beneath the rubble after the bridge being constructed under the supervision of the National Highway Authority of India gave way.

Seven labourers were rescued after the girder being installed between pillar number one and two came down. One of them died on the spot, while another perished while being taken to Malda Medical College Hospital.