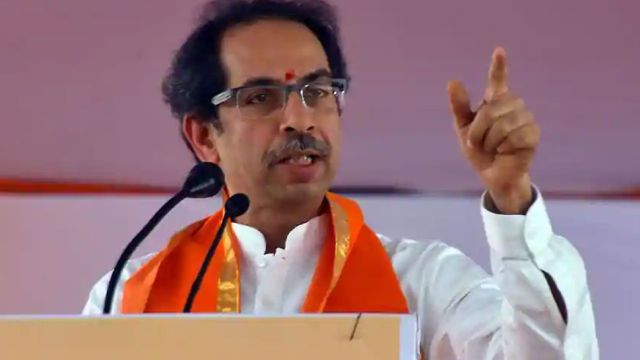 Mumbai:  Shiv Sena President Uddhav B. Thackeray was sworn-in as the new Chief Minister of Maharashtra in a grand function held at the Shivaji Park here on Thursday evening.

In an unusual gesture, soon after completing the formalities, Uddhav Thackeray stepped to the front of the stage and knelt down, touched his hands and head on the floor to express his gratitude to the people of Maharashtra for the honour bestowed on him.

Mumbai:  In a major deviation from its known pro-Hindutva stance of the past 30 years, the Shiv Sena-led Maha Vikas Aghadi announced a “secular, all-inclusive” Common Minimum Programme as it prepared to form the new Maharashtra government in alliance with the Nationalist Congress Party and the Congress on Thursday.

The preamble of the three parties’ Common Minimum Programme states: “The alliance partners commit to uphold the secular values enshrined in the Constitution. On contentious issues of national importance as well of state importance especially having repercussions/consequences on the secular fabric of the nation, the Shiv Sena, NCP and Congress will take a joint view after holding consultations and arriving at a consensus.”

The CMP focuses on hugely on the burning issues of the farmers, unemployment problems, minorities, downtrodden sections, urban roads and housing, girls and women’s issues, besides problems plaguing the industry, health sector and other fields for the overall public benefit in the state.

Spelling cheers for Mumbaikars, the MVA government said it will provide homes of 500 square feet free of cost to slumdwellers instead of 300 square feet in Mumbai as well as across Maharashtra, under the Slum Rehabilitation Programme, with best infrastructure and basic facilities.

The CMP also promises wholesome meals for only Rs 10 for common citizens, which was part of the Sena’s original election manifesto.

To ensure proper implementation of the CMP, two committees – one within the state cabinet and another among the three alliance partners – will be formed for better coordination, they said.

Among the CMP’s major highlights are: immediate loan waiver to farmers, prompt assistance to farmers suffering due to unseasonal rains and floods, revising the crop insurance scheme to ensure immediate compensation to farmers who have suffered crop losses, ensuring remunerative prices for farm produce and sustainable water supply schemes for the drought-hit regions.

To address unemployment, the MVA regime will take immediate steps to fill up all vacant posts in the government, enact a law to provide 80 per cent jobs to domiciled locals, and provide fellowships to educated unemployed youth.

For women, girls from economically weaker sections will be given free education, working women’s hostels will be built in cities and district headquarters, increased honorarium and better service conditions for anganwadi sevikas/asha workers, strengthening women’s Self Help Groups to empower them, while highest priority will be accorded to safety of women by the government.

The government will take steps to improve the standards of education, children of farmers and economically weaker sections will be given zero interest loans, the three leaders said.

To ensure good health for all, the government will launch Re 1 clinics at taluka levels to conduct all pathological tests, super-speciality hospitals and medical colleges will be set in each district in a phased manner, and health insurance cover provided to all citizens of Maharashtra.

For ensuring social justice, the government will take measures on pending questions of the SCs/STs/Dhangars/OBCs/Balutedars, etc so that they are not deprived of basics rights like food, shelter, clothing, education, health, employment, besides schemes to eliminate social, educational and economic backwardness of the minority community, as per the Constitution.

The government will take special steps to develop tourism in the state, increase facilities for senior citizens, and deal sternly with food and drugs adulteration.