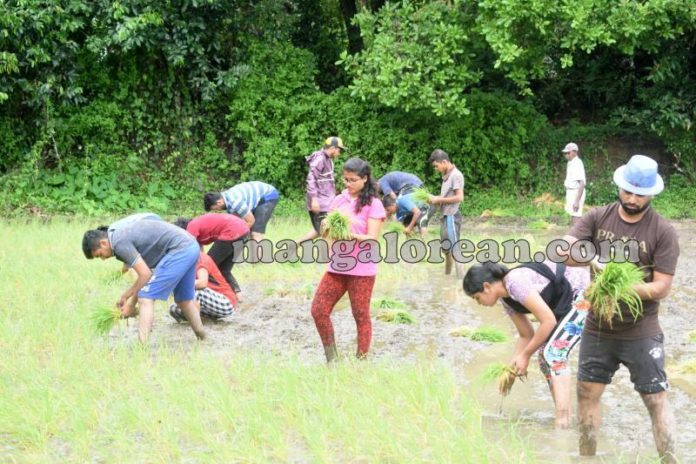 Udupi: The life of an agriculturist is becoming difficult day by day due to various reasons such as lack of proper monsoon and shortage of daily labourers. Besides these problems, after completing their education, young people move to cities in search of employment. In spite of these problems, the Christian youth of Udupi Diocese, with concern to environmental protection as per the wishes of Pope Francis, have taken up the task of rejuvenating the barren land through agricultural activities.

The lamentation of Pope Francis that with the end of agriculture the world would turn into barren land has reached throughout the world. His Encyclical issued in 2015 ‘Laudato si’ has stressed on the need to protect the environment. Heading to the call of Pope Francis, ICYM Units in all the 54 parishes of the Udupi Diocese have been identifying barren but cultivable land in the neighbourhood of their respective parishes and take up the task of cultivating the piece of land, a step in the preservation and protection of the environment as well as promotion of agriculture. 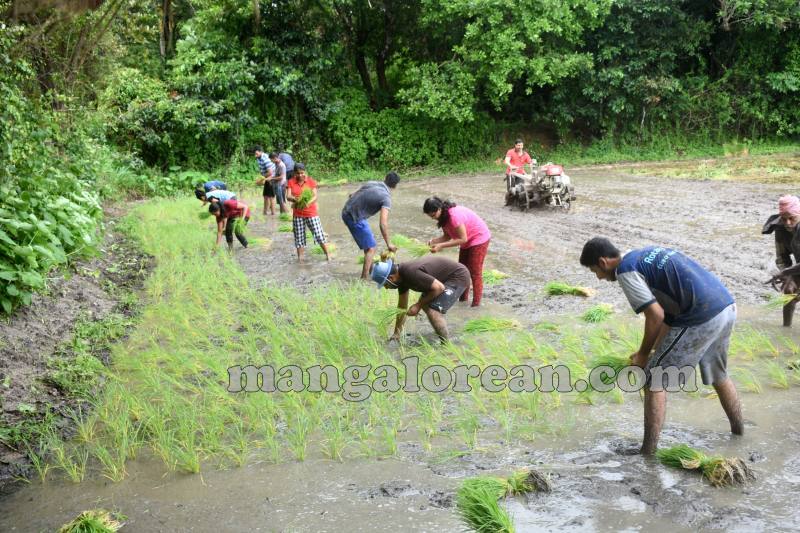 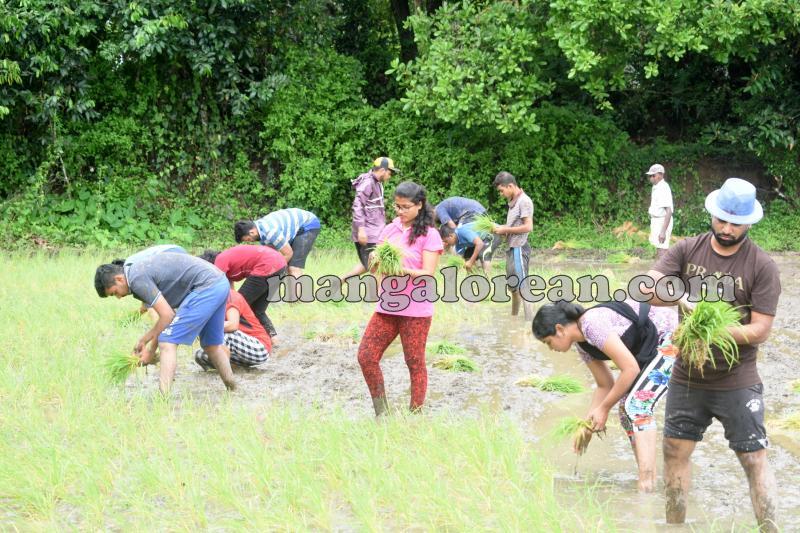 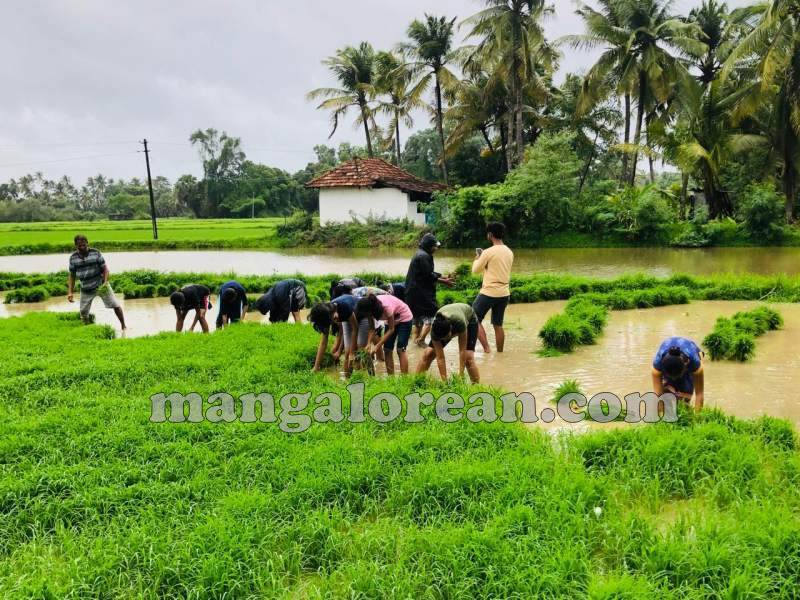 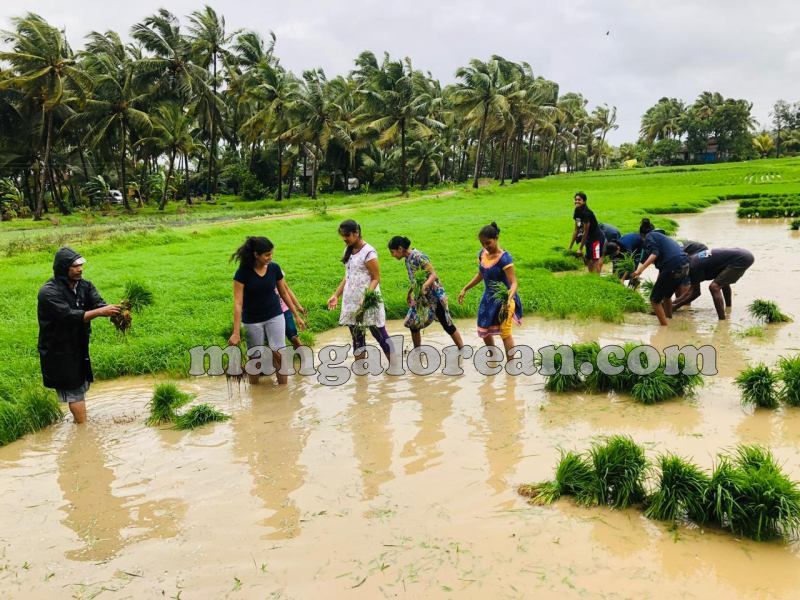 The youth of the Udupi Diocese through ICYM Units of their parishes have already taken up agricultural activities. Around 8-10 parishes have already completed this task through transplanting of paddy saplings. On Sunday, 21 July the ICYM youth of Kalmady and Sastan parish joyfully ventured into the ploughed field and transplanted paddy saplings. For many youths, since the experience is new, a number of experienced people joined the youth in transplanting the saplings. On the instructions of the experienced adults, the young boys and girls carried on their transplanting activities. 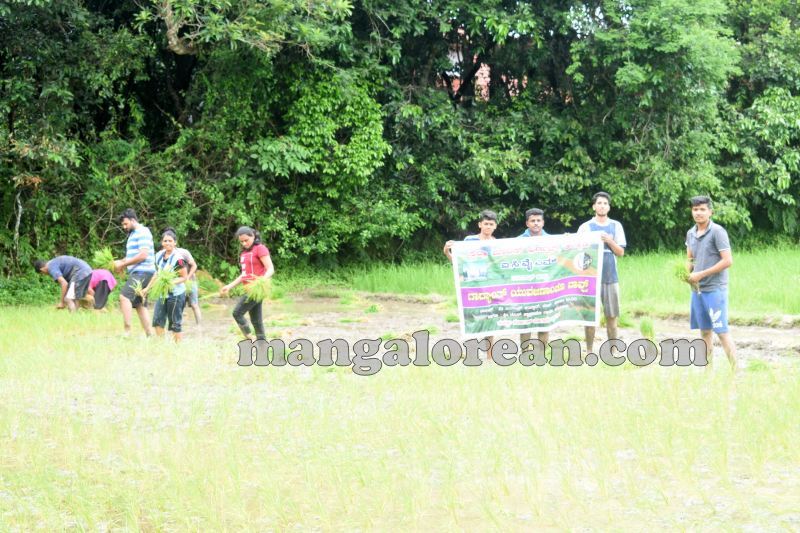 Awareness about agricultural activities being gradually spread to other parishes, the ICYM members of different parishes have started identifying such fields and getting them ready for transplantation. After attending the morning mass on Sundays, these young people proceed to the predetermined piece of land and involve themselves in agricultural activities until noon. While some of them plough the filed using tractors, tillers and even bullocks, others uproot the paddy saplings from the reserve of saplings, transfer them to the prepared field and transplant the saplings, thus completing the cycle. Priests from respective parishes also join the ICYM members in this activity to encourage them. 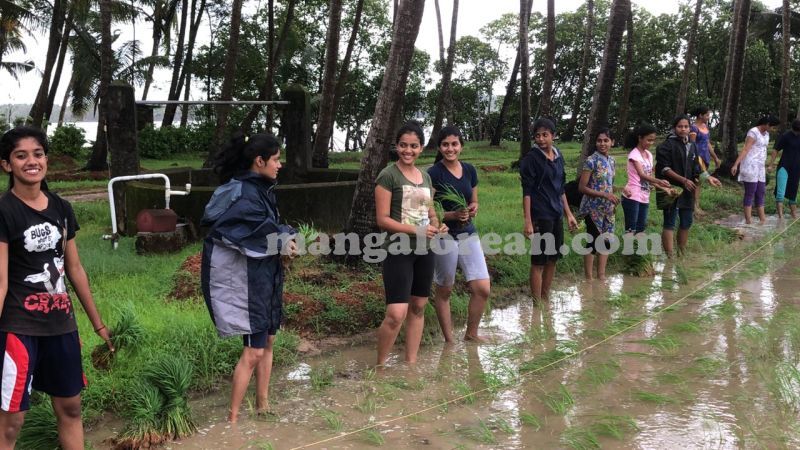 The ICYM members of the Udupi Diocese have taken up June and July months to give effect to the directives of Pope Francis in his ‘Laudato si’. Besides agricultural activities, the youth of various parishes have been active in planting tree saplings in the premises and surroundings of churches. They have also undertaken the good work of converting the wasteland into ‘green land’. This activity is not confined to one year but would continue in the future too. In this age, when the youth are turning their back to agricultural ventures, such activities undertaken by ICYM members of the Udupi Diocese would help in creating interest among them towards agriculture and protection of the environment. 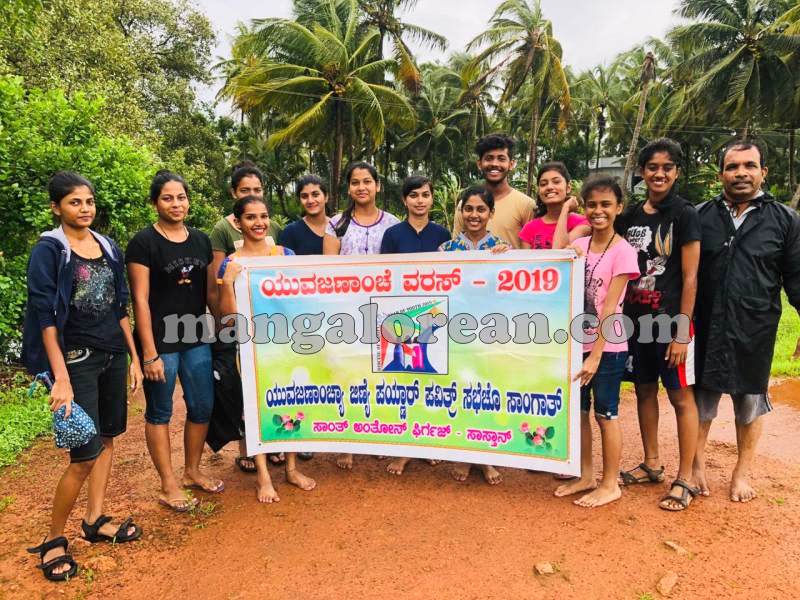 Dion D’Souza, ICYM President of Udupi Diocese said that Pope Francis in his Encyclical ‘Laudato si’ has made an appeal to the present generation to preserve the environment for future generations and promote ‘green revolution’. It is heartening to note that Christian communities throughout the world have positively responded to the call of the Pope.