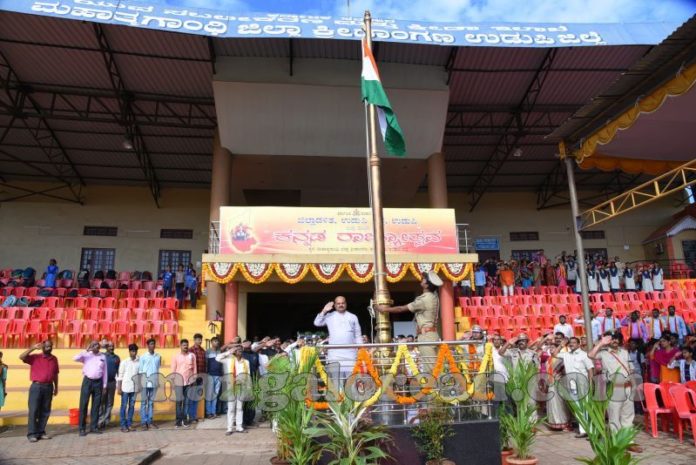 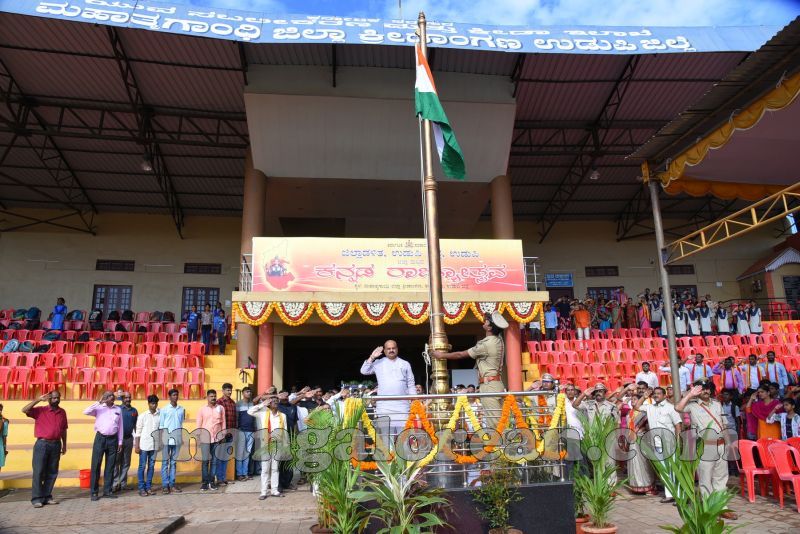 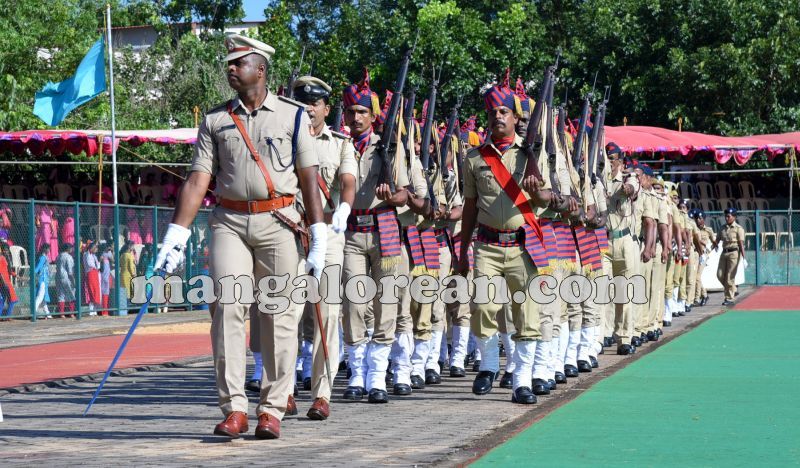 Basavaraj Bommai, district minister in-charge and state minister for Home, hoisted the flag and received the guard of honour. 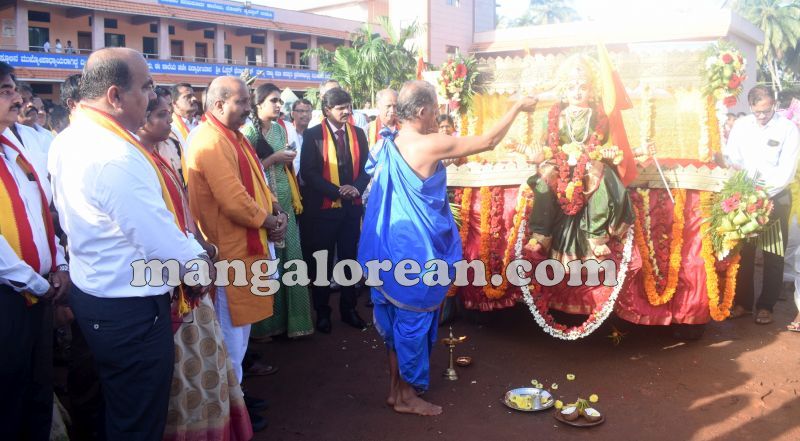 Addressing the gathering, Basavaraj Bommai said that the B. S. Yediyurappa -led state government is committed towards the development of the language. The Kannada language has a history of more than 20 centuries. “Despite the onslaught of other languages, Kannada survived and has not lost its sheen. Several writers and fighters have dedicated their lives during the movement of unification of Karnataka,” he said. 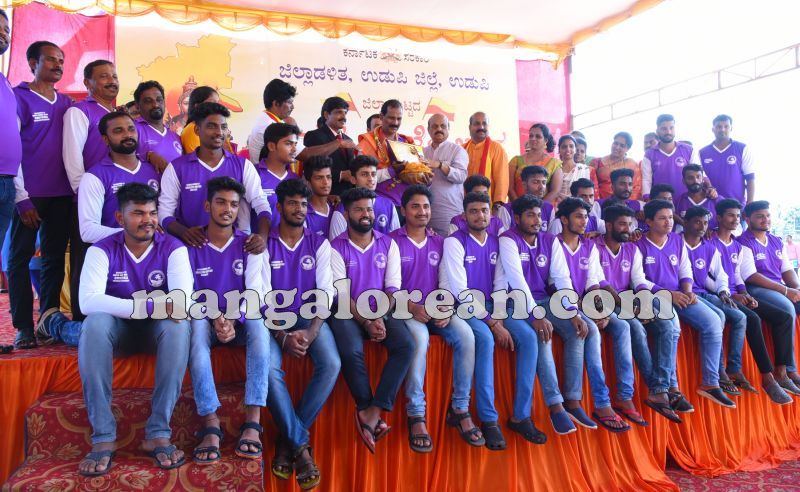 The district Rajyotsava Award was presented to 30 achievers and 2 associations. Earlier, a procession of Bhuvaneshwari was flagged off by Basavaraj Bommai at the Government College near Service Bus-stand.

Attractive tableaux and cultural programmes added colour to the Rajyotsava Day celebrations. Various tableaux from different government departments came in a procession from the Board High School to the grounds. These tableaux focused on different themes.