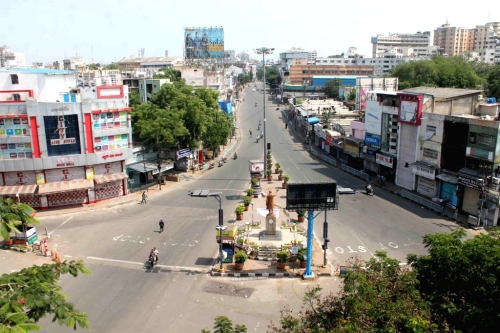 Urban poor in Telangana need no permission to build a house

Hyderabad: Construction of ground plus one-floor house in an area up to 75 square yards in Telangana’s urban areas will no longer require permissions from local bodies, providing a big relief to urban poor.

Under Telangana Municipalities Act, 2019 such houses will be registered for a nominal fee of one rupee and they will have to pay only Rs 100 property tax annually.

The state Assembly on Friday passed a Telangana Municipalities Act, 2019 Bill, which is aimed at providing better municipal administration.

Introducing the bill, Chief Minister K. Chandrasekhar Rao announced that one need not run around municipal offices to get permission for constructions in an area up to 500 square metres and 10 metres of height.

Online permission will be given automatically for such constructions within the stipulated time if every document is in order.

The new legislation also proposed to give new door numbers to all houses with ‘QR’ code for safety and security.

He said the new legislation was aimed at ensuring corruption-free governance. He told the House that the Act will bring transparency in municipal administration.

KCR, as Rao is popularly known, said there will be a ‘praja durbar’ in every municipal ward to address people’s grievances.

The Chief Minister said the government will come down heavily on illegal constructions. He said such buildings will be demolished without notices.

He said with the new Act, better services will be provided to people. He was confident that Telangana will become a role model for the whole country in municipal administration.

He said the action would be taken against municipal employees if they failed to issue birth and death certificates within the specified period.

Under the new Act, seven new municipal corporations will be added, taking their total number to 13. Besides these corporations, there will be 128 municipalities.

The new legislation will apply to all municipalities and corporations, except Greater Hyderabad Municipal Corporation, which will continue to have its own Act of 1955.