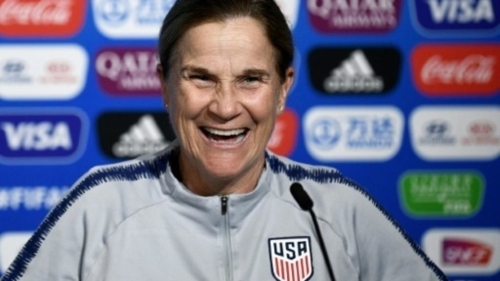 US coach Ellis to step down after consecutive WC titles

Chicago: Jill Ellis, who led the US women’s national football team to historic back-to-back FIFA Women’s World Cup titles in Canada (2015) and France (2019), will step down as head coach following the completion of the Victory Tour in early October.

Ellis was appointed in 2014 and led the team to their first World Cup victory in 16 years in 2015. Last month, US retained their title with a 2-0 win over the Netherlands.

“When I accepted the head coaching position this was the time-frame I envisioned,” Ellis told the US Soccer website.

“The timing is right to move on and the program is positioned to remain at the pinnacle of women’s soccer. Change is something I have always embraced in my life and for me and my family this is the right moment.”

Ellis will depart as the first coach in history to win two Women’s World Cups. She currently has a record of 102 wins, seven draws and 18 defeats.

While she steps away from the national team, the 52-year-old will continue on with US football for at least the next year in the role of an ambassador, which will include representing the federation at various events and speaking engagements.