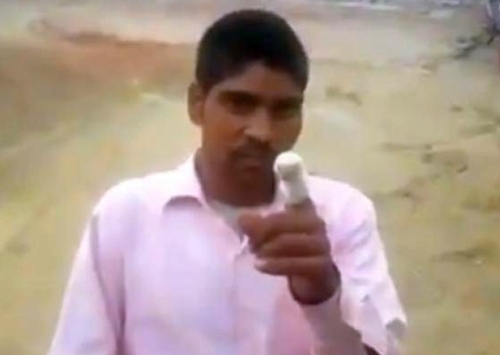 Meerut: A Dalit voter on Thursday chopped off his finger after he accidentally pressed the button of the Bharatiya Janata Party (BJP) election symbol instead of the Bahujan Samaj Party (BSP) during the second phase of voting in Bulandshahr.

BSP supporter Pawan Kumar, a resident of Abdullapur Hulasan village had gone to vote for SP-BSP-RLD alliance candidate but voted for BJP by mistake.

Frustrated over his mistake, Pawan returned home and chopped off his finger.

In Bulandshahr, the contest was between the sitting MP and BJP candidate Bhola Singh and SP-BSP-RLD alliance candidate Yogesh Verma.