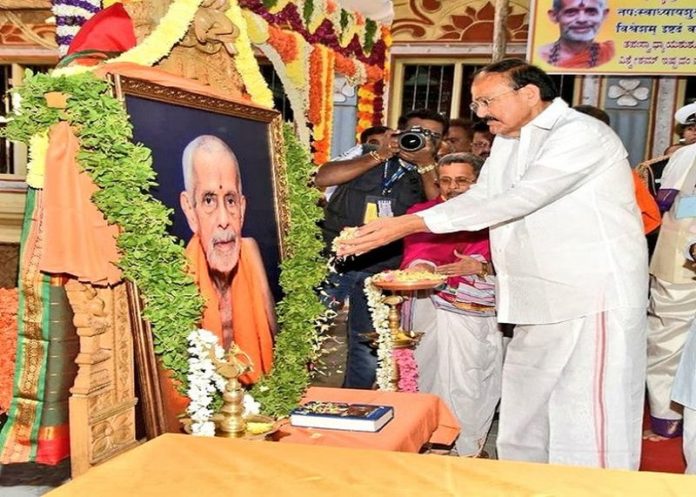 Bengaluru (ANI): Vice President M Venkaiah Naidu on Tuesday appealed to the people to follow the path shown by Pejavara Sri Vishveshateertha Swami Ji and work towards building a casteless society in India. 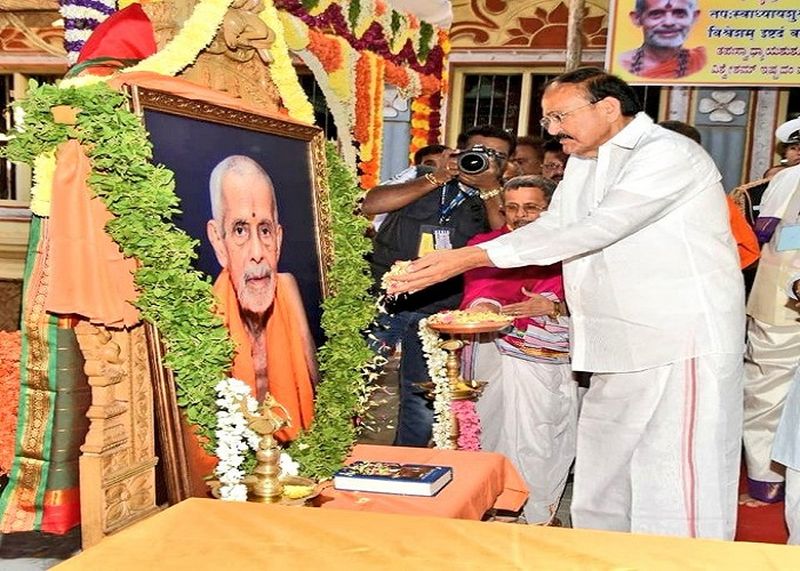 He said that seers like Sri Vishveshatirtha Swami Ji have always provided succour and solace to the suffering people and they constantly rushed to the help of the needy and poor.

Speaking after paying homage to Sri Vishveshateertha Swami Ji at Poornaprajna Vidyapeetha in Bengaluru today, the Vice President said that Pejavara Swami Ji represented and nurtured India’s long tradition of saints, rishis and munis, who acted as the guiding light of society.

“Our ancient sages always kept the welfare of society above everything else. The great Puranic sage Dadhichi sacrificed his life to ensure that society remained on the path of righteousness,” he added.

Stating that the life and journey of Sri Vishveshatirtha Swami Ji was a noble chapter in this glorious tradition, the Vice President described him as a role-model for devoted social service. He said that Swamiji dedicated his life to purify the cultural, religious and social values of our present-day society.

Stating that Pejavara Swamiji believed in the Gandhian principle of ‘Service to Humanity is Service to the God’, the Vice President said that Swamiji’s great and selfless deeds exemplified this noble ideal.

Naidu said that Swami ji had influenced innumerable lives across the length and breadth of the country through his yatras, discourses, teachings and interactions and said that he was a true embodiment of the teachings of Srimad Bhagavadgita.

Observing that Sri Pejavara Swamiji was a progressive visionary, the Vice President said that he was among the first spiritual leaders in modern India to consider dalits as an integral part of Hindu society.

“Swamiji’s name is synonymous with service to the scheduled castes and tribes in India and he worked hard to bring them in the mainstream of national life,” he said