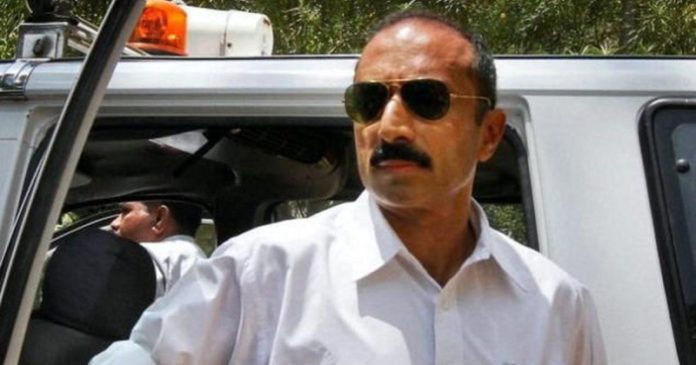 WAKE UP NOW TO SANJIV BHATT!

The controversial and self-proclaimed ‘godman’ Gurmeet Ram Rahim Singh Insan is currently serving a life-term in at the Sunaria jail in Rohtak after being convicted in two cases of rape and the murder of a journalist. Recently, he applied for parole asking for 42 days of parole to “look after his fields in Sirsa district”. The Administration and the BJP Government of Haryana, citing “good conduct,” have gone all over board to ensure that he gets a parole and knowing fully well that this convict could be their trump card in the forthcoming elections to the Haryana Assembly. However, there has been a national outrage on what is blatantly a mockery of justice and apparently as of yesterday (1 July 2019) the ‘godman’ has withdrawn his application for parole!

Several questions naturally emerge; among them is: is there justice in India today? And for whom? If you have the right political connections, the likelihood is that you can get away with murder. It is so clear, in the case of this convicted ‘baba’ or those who have no fear in lynching others. But if you take a stand for justice and truth, if you take on the powers that control the nation today: you will have to face serious consequences! This is exactly what is happening to Sanjiv Bhatt today!

The day (20 June) Sanjiv Bhatt was sentenced to life imprisonment, his wife Shweta Bhatt posted on Facebook and tweeted, “the sessions court today sentenced Sanjiv to Life Imprisonment for a crime he did not commit. To all of you who have stood by Sanjiv as his pillar of support – Your words of support are comforting and encouraging, but words without action will amount to nothing. your support will mean nothing if you let such travesty of justice happen to a man who has done nothing but serve his country and his people diligently”. 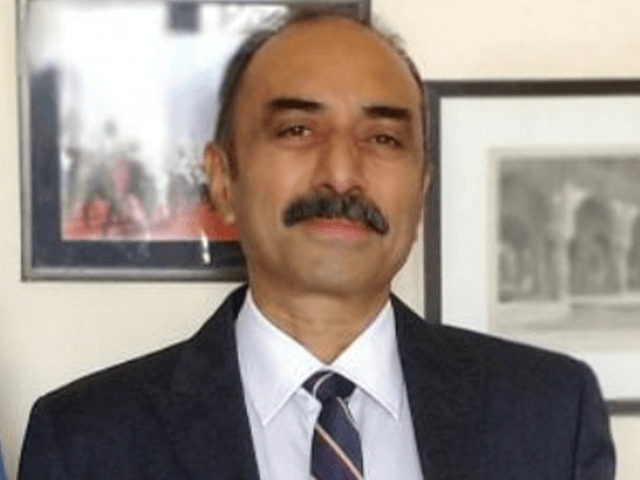 In a direct message to the IPS association she added “today one of your very own has been vindictively persecuted for being a true IPS officer. You didn’t stand by him, you didn’t protect him … he keeps fighting his battle against this vindictive government, the question is till what end are you prepared to remain as silent spectators? We as a nation are going through an extremely dark phase. We shall continue fighting till our last breath, the only thing remaining to see is whether we will be fighting a lone fight? or will the people of this sovereign democracy fight for a man who never stopped fighting for them.”

Shweta provides complete factual details of the thirty-year old ‘incident’ attaching copies of Sanjiv’s additional Statement and the Forensic Medico-Legal Expert’s Opinion. She ends her cry for justice saying, “India, it’s time to wake up. Today it is us, tomorrow it can be you. God bless!” with the hashtags #Timeforactionsnotwords #Enoughisenough #JusticeforSanjivBhatt

The overwhelming majority are convinced that Bhatt is not guilty of the ‘crime’ for which he has been convicted! A simple, objective reading of the judgement by the Sessions Court will make any thinking citizen to laugh at the hollowness of it and perhaps even cry in shame at the abysmal depths to which sections of the Indian judiciary can fall! Sanjiv Bhatt’s case goes way back to November 1990, when he had apparently detained several people (the numbers vary between 110 and 150 in different reports!!!) for rioting in Jamjodhpur town on the day of a Bharat Bandh, called to coincide with the end of the ‘rath yatra’ initiated by L.K. Advani, the then Supremo of the Bharatiya Janata Party. Bhatt, a1988-batch IPS officer, who was then additional superintendent of police of Jamnagar district, had been send to Jamjodhpur by then superintendent of police, T.S. Bisht.Among those detained was one Prabhudas Vaishnani, who was released on bail after nine days; while undergoing treatment in a hospital for renal failure, full ten days after his release he died in the hospital due to natural causes. His brother, Amrutlal, much later filed a complaint alleging custodial torture against Bhatt and eight other policemen. 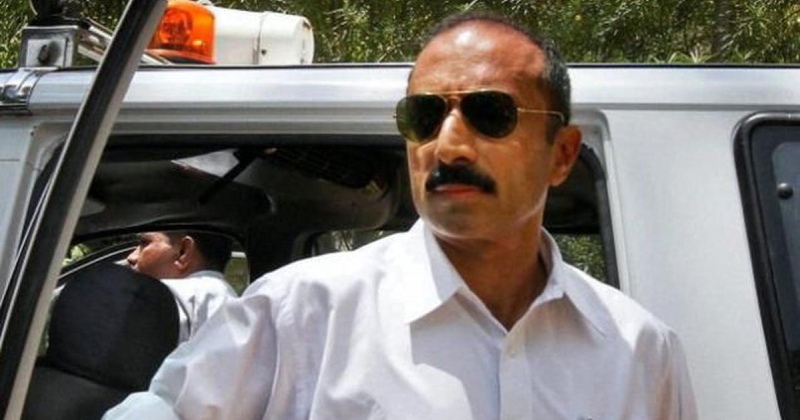 In 1995, a magistrate took cognizance of the case which was handed to the state CID (Crime) for investigation. Following scrutiny of 2,500 pages of evidence from logbooks of vehicles, wireless messages and examining more than 200 witnesses, the Crime Branch declared that there was no evidence found against Bhatt and the five policemen accused in the case. The CID (Crime) also concluded that there was no evidence that Prabhudas Vaishnani and Ramesh Vaishnani were ever in custody of Sanjiv Bhatt or his team. The report also observed that none of the 133 arrested by the Jamjodhpur police, including Prabhudas, had complained of either any discomfort or of ill-treatment to any doctor. Moreover, their medical examination done by doctors at the prison also did not find any external or internal injury to Prabhudas.

The expert opinion of celebrated Nephrologist Padmashri Dr HL Trivedi, the founder director of the well-known Kidney Disease and Research Institute of Ahmedabad, was sought and obtained by CID (Crime) by sending him all the medical reports, treatment papers, post-mortem reports and related tests.Dr Trivedi, in his expert opinion, stated that there was no indication of “Rhabdomyolysis” as the cause of death of Prabhudas Vaishani, thereby further confirming that the cause of death was not due to any torture.(Shweta has included Dr Trivedi’s report in her release).

The investigations were thorough. The State CID (Crime) finally submitted its investigation report and in keeping with the veracity of the report, the Gujarat government refused to sanction the prosecution of Sanjiv Bhatt and other accused police officers. Thereafter, the prosecution filed a closure report in the court in 1995.Sanjiv Bhatt later had the courage to take on Modi and the Gujarat Government for their complicity in the Gujarat Carnage of 2002. Showing unparalleled vindictiveness, the Gujarat Government and High court reopened this case in 2011.

‘Custodial deaths’ do happen with frightening regularity in India. There is no denying that! The latest data from the National Crime Records Bureau say that there were 180 custodial deaths in Gujarat between 2001 and 2016; but not a single policeman has been punished for any of these deaths. Besides there is ample fool-proof evidence to show that Bhatt was not directly or indirectly involved in the hospital death of Vaishnani. Ironically, a few days ago a man who was beaten in police custody in Jharkhand, died the day after he was released. The police have gone on record categorically stating that they cannot be blamed for his death. Of course, the ‘powers’ in this case fully agree with the police statement! One needs to be an absolute moron or in a highly prejudiced state of mind to even think that Bhatt’s conviction is in any way justified. 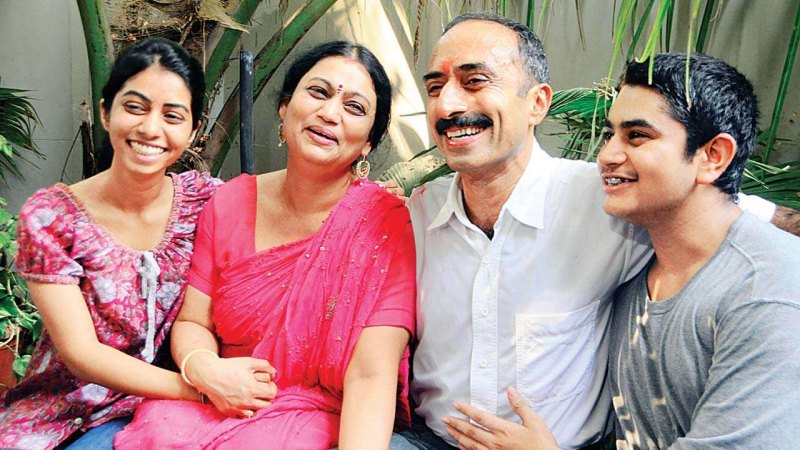 The harassment of Sanjiv Bhatt began in 2011, when he filed an affidavit in the Supreme Court claiming to have attended a meeting on the eve of the 2002 Gujarat riots. Bhatt alleged that Narendra Modi, the then chief minister (now Prime Minister of the country) asked senior IPS officers to let Hindus “vent out their anger against Muslims” in the aftermath of the burning of the train compartment of the Sabarmati Express in Godhra. In that affidavit, Bhatt also alleged that it was discussed in the meeting that the bodies of the Hindu pilgrims who had died in the Sabarmati Express would be brought to Ahmedabad before being cremated. Senior police officials had, according to Bhatt, advised against this, as they feared it would incite religious violence. Bhatt’s allegations are corroborated by several independent studies!

In a recent interview to The Wire, Sanjiv’s wife Shweta affirms these. She also detailed the extraordinary steps taken to particularly humiliate and corner Bhatt and his family, in the years that followed. Their security cover was withdrawn without prior intimation, agency officials walked into their bedroom as Shweta was asleep seeking to question her husband, and the municipal corporation sent labourers to demolish ‘illegal structures’ in their 23-year-old house. There has been no end to the harassment and intimidation which Sanjiv and his family have had to face all these years.

Shweta Bhatt, is determined to leave no stone unturned, in the pursuit of justice and truth and to vindicate her husband, ensuring that his fair name is restored. She now plans to appeal the conviction in the High Court. Addressing a mammoth rally ‘Justice for Sanjiv Bhatt’ in Kozhikode, Kerala on 28 June 2019, she asserted that “in the end, truth will triumph” and that she believes that cause of justice will ultimately be served. Several groups and individuals all over the country, have openly come out in solidarity with Sanjiv, Shweta and their family. In Ahmedabad, a group of citizens have bonded together under the banner ‘Release Sanjiv Bhatt’. Editorials and lead articles across the world (including the BBC) and postings/messages on social media, highlight the travesty of justice in the case of Bhatt.

Sanjiv Bhatt wrote an open letter to Narendra Modi some time ago. It has gone viral this past week; in that letter he says, “The truth is more frequently than not, a little bitter and not very easy to swallow. I hope that you will take this letter in the true spirit in which it is written and you or your agents will not indulge in direct or indirect acts of retribution as is your wont. In the words of Martin Luther King Jr. – Injustice anywhere is a threat to justice everywhere. The spirit of the hapless victims who have been struggling for justice in Gujarat may occasionally flag but it will not be supressed by any amount of false Goebbelsian propaganda. The struggle for justice is never easy anywhere in the world…it calls for everlasting patience and unfailing perseverance at all times. The spirit of the crusaders for truth and justice in Gujarat is epitomized in this poem by Bhuchung Sonam, an alumnus of M.S. University, Baroda.

” I have principle and no power

You have power and no principle

And I being I

Compromise is out of the question

So, let the battle begin…

I have truth and no force

You have force and no truth

And I being I

Compromise is out of the question

So, let the battle begin…

You may club my skull

You may crush my bones

You may bury me alive

With truth running through me

With every ounce of my strength

With my last dying breath

I will fight till the

Castle that you built with your lies

Till the devil you worshiped with your lies Kneels down before my angel of truth.”

Words that reflect the indomitable spirit of a true fighter!Shweta challenges us all saying, “India, it’s time to wake up. Today it is us, tomorrow it can be you!” Do we have the courage to wake up?

The Author -Fr. Cedric Prakash SJ is a human rights and peace activist/writer.

Have you voted Fr Cedric Prakash?
If not, no point writing these articles.
Let us take a vote and see how many will support your views.
The chances are that you will lose by a big margin.