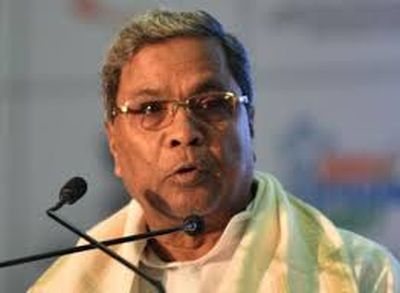 ‘We will protest,’ warns Siddaramiah if rice quantity is cut under Anna Bhagya scheme

Bengaluru: Senior Congress leader Siddaramaiah on Saturday warned of protests by his party if the BJP-led government in Karnataka meddled with the Anna Bhagya scheme of offering free rice to the poor.

Claiming that there was a proposal to cut down the quantity of rice given under the pro-poor scheme, he wanted the state government not to tamper with it.

“Poor people will not tolerate this move. Our party will also protest against this decision. We will fight against it inside and outside the assembly,” the former chief minister said.

“.. I learnt that the amount of rice given under Anna Bhagya scheme will be curtailed and funds will be diverted to the Prime Minister Kisan Samman Scheme… This decision is anti-poor,” Siddaramaiah told reporters here.

In 2013, the “Anna Bhagya” scheme was unveiled by then chief minister Siddaramaiah.

Its an ambitious initiative to supply 30 kg of rice at Re one to nearly one crore poor families across the state.

“The state government wants BBMP to run it, which is not good. The state should fund it,” he said.

Earlier, the BJP government had hinted that it would review the Anna Bhagya scheme to check its misuse.

Pointing out that 1.12 crore families are covered under Anna Bhagya scheme, Chief Minister B S Yediyurappa had said on August 2 that there was large scale “misuse” of this scheme though only the needy should avail the benefit of it.

“According to my estimate in each district there are over a lakh of them who are misusing it, which has to be stopped to benefit the poor.

Because we are purchasing the rice at a market price and distributing, we are paying Rs 32-33 per kg,” the chief minister had said.

Yediyurapa had also said the officials would survey the beneficiaries.