Where Are The Heavy Rains? Students Enjoying a ‘Good Day’ at Malls on a ‘Rain Holiday’?

Mangaluru: Since the District Administration believing on the meteorologists predicting heavy thunderstorms on Saturday, had announced ‘Rain Holiday’ for Saturday, but a whole lot of students who were supposed to be indoors, are all enjoying the Good Day today at the Malls and movie theatres. Seems like once again the Weatherman was not right in the bad weather prediction, and the District Administration flopped with the decision of giving a rain holiday. Last during monsoons a bunch of rain holidays were announced by the DA, out of which three flopped, when bright sunny weather showed up on rain holidays.  Following up on my article “We Never Had Rain Holidays during Our School & College Days in 80’s & 90’s -So Why Now?” which was published yesterday in Mangalorean.com, where I had predicted that it won’t rain on Saturday, seemed like my prediction was far better than that of the weatherman? Wow!

So the bottom line here is why even call for holidays 24 hours in advance, when you are not sure it would be bad weather, from past experiences. Meteorologists had predicted heavy rains in the past-but all we got was few non-harmful showers. There are no flooded drains, no knee-high stranded water, no heavy thunderstorms etc. Today, even though it is little gloomy outside, but not miserable like yesterday. Anyways, what is Monsoon without rains? So why are we all making so much fuss when we get good rain showers. 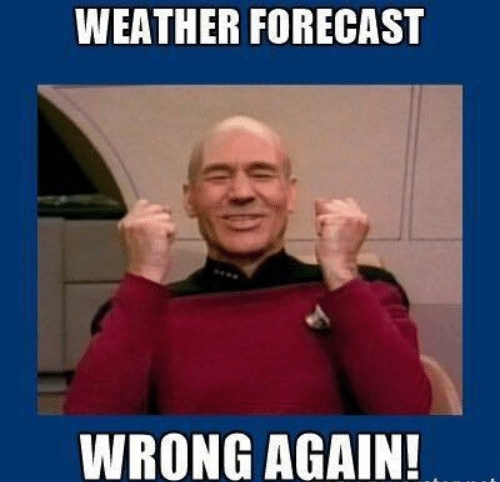 No one is perfect, but no profession gets a rap for being consistently wrong like a weatherman/meteorologist. If they don’t predict the weather perfectly when your plans rely on it, things tend to get a bit hairy. Many a time meteorologists say there would be sunny skies while there’s a storm raging overhead. or sometimes just the opposite-like they will say there would heavy thunderstorms, and it will turn out to be a pleasant warm day. Accurate weather forecasting depends on how many eyes there are in the sky. So often the story is the same: Meteorologist predicts heavy rain resulting in flooding. Citizens plans for a rainy day and cancel programmes/picnics. Last-minute change to storm track means only it drizzles, not even to wet the soil. Public bitterly complains. And such issues still carry on- and when we know it why even bother to depend on a weatherman. No one is powerful than God or Mother nature- they have their own way to put the spell whenever they want to.

Mangaluru had heavy rains when we also went to school or college, but it wasn’t flooded as we see now. Blame it on multi-storied buildings that have sprung up, poor design of roads with no provision for water drain, clogged drainage, etc are the reasons for present such chaos. When holidays are declared for schools suddenly just because of heavy rain forecast, it also messes up the school plans. And regarding the children going to school these days-how many of them go walking to school, probably only a percentage. Either they get dropped to school by their parents in vehicles or van/auto-rickshaw drivers drop them or many take the school bus and when that’s the case why even do they need a holiday even if it rains. Recalling our school days, we all went to school in heavy rains, and we never got holidays, maybe only during treacherous floods. We loved to walk in the rain going to school. 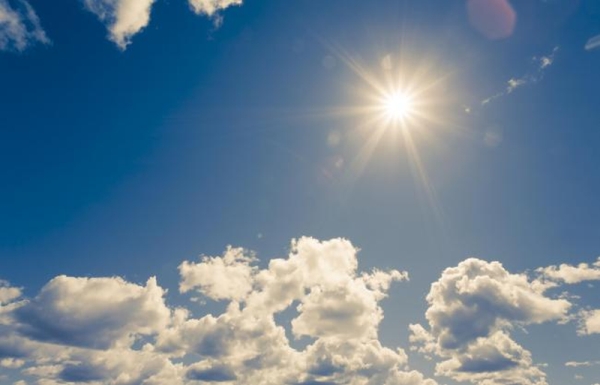 Guess what? The reason to give holidays anticipating bad weather is that the administration doesn’t want to get accountable if a child gets stuck in the floods or gets drowned in the flooded drain. Whose fault is this? It’s the fault of our lovely smart engineers/contractors of our so-called “Smart City” who lacked in poor planning of the city’s infrastructure, also due to the shabby drainage work which results in water overflowing and flooding and many other issues. Even after Mangaluru City was soaked and swallowed under floods due to these issues during the last heavy spell of rainfall we had in May 2018, still no action has been taken to rectify these problems. And just to wash their hands off, children are given holidays to be on the safer side.

In conclusion, having flopped in giving today’s RAIN HOLIDAY depending on the word of the weatherman/ Meteorologists 24 hours in advance, next time if the district administration is concerned about the safety of the school children, they could wait until a few hours prior to the school opening, and depending on how the weather looks outside, then only it could call for school/college closure. It’s okay to give holidays to schools in Villages or remote areas, where school children walk miles, whereas in the City schools/PUC students get a ride to their respective institutions, more than many of them do walk. So why even holidays for them when it rains? Oh well!

And once again, all the school/college students who got a lucky holiday today are either playing cricket or playing games on their electronic gadgets, while the PUC students are either loitering inside the Malls or those having GF’s are having fun watching a movie in multiples cinemas. So let me end my column with an “It’s A Beautiful Day” song on YouTube:

I do not see any thing wrong in declaring rain holiday as a precaution.
No point having problems if indeed the predictions were right.
Next time we will ask the authorities to have a word with our own super weatherman.