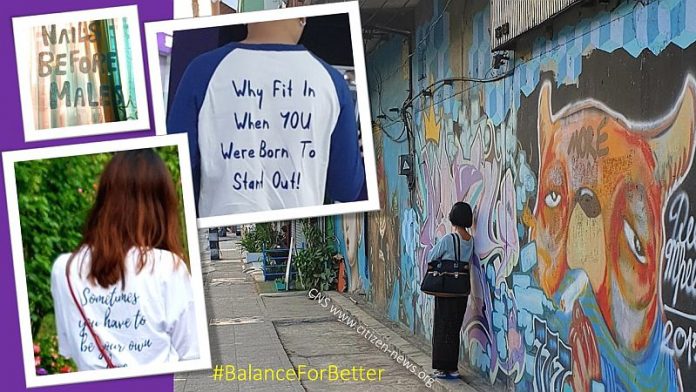 Women speak: To be a woman and to be in India on International Women’s Day

Is the situation dismal? In a survey of experts done in 2018, India ranks as the world’s most dangerous country for women. It had ranked 4th in the same survey done 7 years ago. The Global Gender Gap Index 2017 by the World Economic Forum placed India at 108 position out of 144 countries benchmarked on the basis of gender parity in the fields of economic participation, education, health and political empowerment. India ranked 131 out of 153 countries in the global Women, Peace, and Security Index 2017-18, that is based upon 11 indicators incorporating inclusion, justice, and security. Despite women accounting for 49% of India’s population, only 12% of the seats in the national legislature are held by them. The female labour force participation rate in India fell from 37% in 2006 to 27% in 2017, as per the World Bank report, ranking India at 163 out of 181 countries.

SOME SPARKS OF LIGHT

More women are getting educated and coming out of their cocooned existence. They are entering professions that were till recently considered to be the domain of males. They are flying planes, driving e-rickshaws and trains, wielding the surgeon’s knife and winning Olympic medals. It is heartening to know that amongst the top 79 global airlines, Indigo Airlines employs the maximum percentage of women pilots (14%) followed closely by AirIndia (nearly 10%). Even rural women are becoming more independent, working outside of their homes and exhibiting active leadership at the local government level. The Economic Survey 2018 shows that 43% of all gram panchayats (village councils) in India are headed by women.

Two young female staffers at a 5-star hotel told me that though they come from humble backgrounds, their education and job has given them the courage to take their own decisions and to raise their voice against gender injustice. Some domestic helpers said that there are more job opportunities for them today. And though gender equality is a distant dream, they feel more confident than before. A domestic violence survivor said that girls are now becoming more self-sufficient and raising their voices against male dominance. She herself took bold decisions to walk out of an abusive marriage through sheer determination and strong will. Her courage has inspired her daughters to take life’s challenges head-on and not bow down to the whims of a patriarchal society. Very gratifying indeed!

Renu Mishra, Executive Director, Association for Advocacy and Legal Initiatives (AALI) rues that the number of women in the workforce is dismally low and even those who are working do not get equal wages as compared to their male counterparts. Women do not even have the right to take personal decisions; they do not have the right to enter into matrimony or walk out of a relationship of their own choice.

For Dr Pooja Ramakant, breast cancer and endocrine surgeon, striking a balance between family and career is a huge problem for women of her age. “As a female surgeon, I have to struggle more than my male counterparts. Why is a woman expected to fit in the framework designed by a patriarchal society and conform to the social norms laid down by others, even if they are detrimental for her own well being? I have come across many financially independent women also who suffer in silence and stay in abusive marriages. Perhaps, due to emotional weakness, they are scared of what others will say”, shares Pooja.

Even though more and more girls are going to school, education of the girl child is still beset with problems, thinks educationist Dr Chitra Singh. “This is more so in rural areas where girls’ schools are still not aplenty and parents do not feel safe for their daughters to travel long distances. Also, most rural schools have poor toilet facilities, which is another deterrent for girls. Patriarchal mindsets when coupled with poor economic status, make matters worse. They think it is a waste of their meager resources to spend on the daughter’s education, as she will have to be married off. They would rather educate the sons who they think would support them financially later on”, she says.

Life cannot be a bed of roses, but neither does it have to be a throne of thorns. Renu is emphatic that at a personal level each woman should ensure that she would not allow herself and her family to abide by any patriarchal value system. “All of us will have to, and can, contribute to bringing about gender equality in our own life. Let us not do anything that helps propagate patriarchy. We must also contribute to having an enabling environment at home, in schools and outside where girls/women can speak openly and fearlessly”.

Pooja exhorts women to speak up and not remain silent- “I do not remain silent if I see any injustice being done to a woman. Rather I make it a point to speak and make my voice heard and I face such situations very often in my professional life. I encourage my young girl students (interns) to not get demotivated by society but make their own informed choices regarding their professional and family life. Also, women should insist on an equitable distribution of work between all members of the family. Men will have to contribute equally to household work and responsibilities. Let us not forget that all women are working women, whether employed or not.”

Chitra wants all girls to get at least some basic education plus job-oriented skills to make them employable. They should not be married until they are economically independent.

Renu, who is also a lawyer, is happy that India has several women-friendly laws on girls’ education, prohibition of child marriage, equal inheritance of property, curbing of sexual and domestic violence, etc. However, the lack of political will power and a deeply entrenched patriarchal society makes their implementation very poor. Moreover, most women- even the educated and working women- do not have much knowledge about them and many are clueless even about their existence.

She wants these laws to be part of the education curriculum, to make women, as well as men, informed about them. Also, the government’s Information and Broadcasting Ministry needs to play a more proactive role in spreading awareness around these laws and government welfare schemes for women/girls, through channels like radio, television, newspapers, and billboards. It is the onus of the government to disseminate all this information, and then act on speedy delivery of redressals if it is really keen for women to benefit from them. One reason for a rise in the number of sexual offences is no quick redressal—the case could drag on for long and/or accused goes scot free in most cases.

Recognising that women in today’s world have to balance multiple responsibilities at home as well as outside, Dr Soumya Swaminathan, Deputy Director General for Programmes at the World Health Organization (WHO), urges women to take care of their own health-both physical and mental health. In an exclusive interview given to CNS, she said that “Women play a very big role in healthcare delivery. Not only do women constitute the majority workforce in nursing and community healthcare work, they are also the main caregivers within households and communities. But their efforts are often taken for granted and are not publicly recognised. I would like to put the spotlight on these women who are providing healthcare either in formal or informal settings. We should appreciate this unrecognised army of women healthcare providers, and ensure that they are able to provide these services in a labour and time-saving manner.”

India is a vast country, which, despite the skewed up sex ratio (945 females per 1000 males), is home to 65 crore women. That is a huge woman power, who should neither bow down in fear nor remain silent, but be brave and snatch their rights to exercise their choices- be it their education, marriage, profession, or health (including sexual and reproductive health).

So, let us celebrate our womanhood every day and fight until we win. In solidarity, we stand together!

Note: In response to this message I had posted on my FaceBook page- ‘To all the male readers of this post: Please share at least one action you have taken in your personal life to advance gender equality’ I got just one response and that was from a retired Professor of IIT Kanpur. He wrote-‘I have been instrumental in getting the PhD Degree to 3 males and 10 females. Hope this justifies my contribution’. Indeed it does.

(Shobha Shukla is the Managing Editor at CNS (Citizen News Service) and a noted gender justice activist. Follow her on Twitter @Shobha1Shukla or visit www.citizen-news.org)