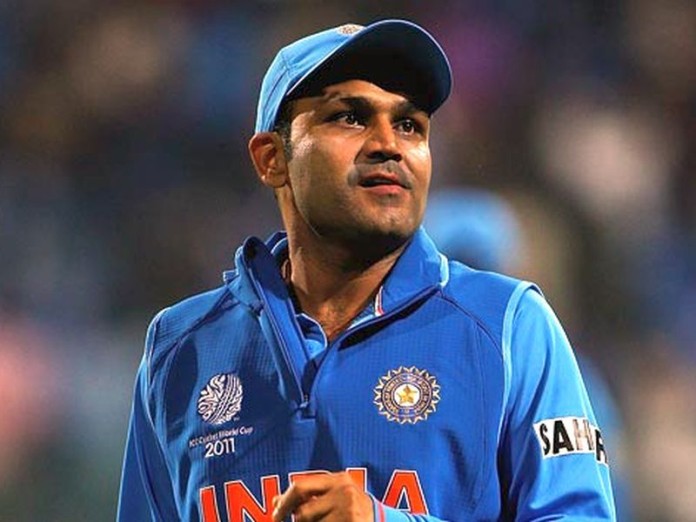 New Delhi: He was part of many a memorable triumphs against Pakistan but for former India opener Virender Sehwag, the most cherished moment against the arch-rivals is the 2007 World Twenty20 clash which was clinched by India after a tense bowl-out.

India will take on Pakistan in the ongoing World T20 in Kolkata tomorrow, a match which has been billed as the marquee showdown of the tournament.

“My best India v Pakistan moment is from our first match in the ICC World T20 2007, which was a tie. Nobody thought that the first encounter between the two countries in the first World T20, would be a tie. At the time, the rule was that if the match ended in a tie, it would go to a bowl-out,” Sehwag said in a press release issued by ‘Cricbuzz’.

“We had practiced for this prior to the contest, wherein Robin Uthappa, Harbhajan Singh and I hit the stumps the most number of times. So, I told MS (Dhoni) that I would like to bowl first. I was confident that if I go first, I’ll surely ‘disturb the furniture’, which is what actually happened.

“We were 1-0 up. This was followed by hits from Harbhajan and Uthappa. The stadium erupted thereafter. Harbhajan jumped on Yuvraj and hugged him. Everyone broke into a loud cry of ‘Bharat Mata Ki Jai!’ and started to sing along, ‘Chak De India’, which was quite popular at the time,” he recalled.

Sehwag said he is expecting an India victory tomorrow. “I think the scenes will be no different on March 19 when the two sides meet again at Kolkata.”

Dwelling on his other India-Pakistan memories, Sehwag said he cannot forget the sledging he faced during his debut match in 1999.

“It was, in every sense, an April Fool’s Day for me. It was my first game and I got out on 1. But it is during that match I witnessed the high intensity of an Indo-Pak cricket match for the first time in my career. I understood the significance of an India v Pakistan game and what that means for the players participating in these clashes,” he said.

“I came in at No.7 in that fixture and I was greeted by a string of abuses from Imran Nazir and Shahid Afridi. So much so, that it appeared like Afridi was a mate of mine and was conversing only in expletives. Shoaib Akhtar, on whose bowling I got out, didn’t get a chance to sledge me because I was out first ball to him. Thereafter, I was waiting for a chance to return the favor when it was our turn to field.”

Sehwag said he paid the Pakistanis back in the same coin when he came out to field. “I did abuse some of their players but didn’t go overboard as we Indians are a respectful lot and believe less in sledging-abusing and more so in playing the game.”