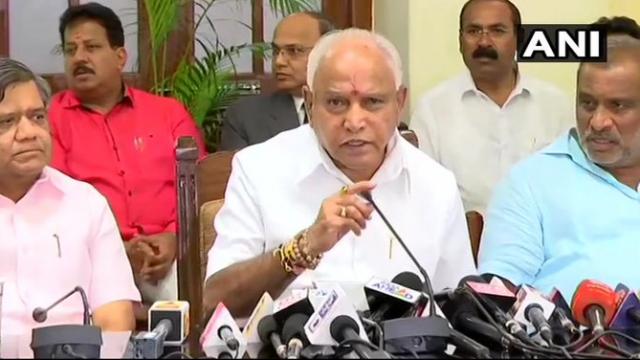 Bengaluru:  Karnataka Chief Minister B.S. Yediyurappa directed all the 17 new ministers to reach out to the distressed people in the flood-hit districts across the southern state, an official said on Tuesday.

“In a cabinet meeting held soon after the 17 ministers took oath at Raj Bhavan earlier in the day, Yediyurappa advised them to tour the flood-affected districts for two days from Wednesday, assess the damage and assist the local administration in mitigating the hardships caused by heavy monsoon rains and floods in the state’s coastal, central, southern and northwest regions,” an official of the Chief Minister’s Office (CMO) told IANS here.

Yediyurappa also assigned the flood-hit districts the ministers have to tour and help the people on a war footing.

The state government has estimated a whopping Rs 40,000 crore economic loss from rains and floods.

“Our priority is to provide relief to the flood victims, restore normalcy at the earliest and rebuild or repair houses, roads, highways and bridges that damaged or destroyed,” Yediyurappa told the ministers.

The Chief Minister has toured the rain-hit and flood-hit districts by camping in the affected areas and supervising rescue and relief works for over a week.

He also sought funds from the central government for relief works, including rebuilding of houses, roads and highways that were battered by heavy rains, floods and landslides in hilly or mountain areas.

“Though the ministers are yet to be allotted portfolios, the chief minister told them to also visit their respective assembly segments for first-hand account of the people’s distress and the trail of death and destruction the natural disaster left behind,a added the official.