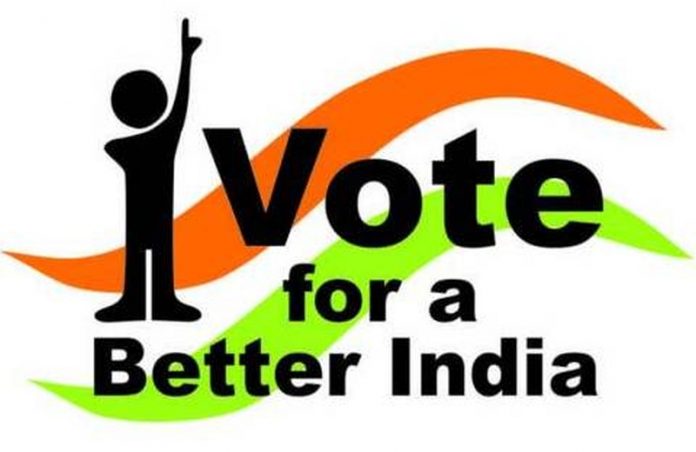 Your Vote: A Right and A Duty!

25 January 2019, India observes ‘National Voters’ Day’, once again. Thanks to the stewardship of the then Prime Minister of India, Dr. Manmohan Singh, the Union Cabinet of the UPA Government in 2011, decided that 25 January, which is the anniversary of the foundation of the Election Commission of India(ECI) and the eve of Republic Day, would be designated as the special day for the voters of India! The main objective of the day is to encourage many more young voters to take part in the political process; besides, it is also an opportunity to make people aware that voting is both a right and a duty. The hallmark of a vibrant democracy is the power and the ability of the people to exercise their franchise freely and fearlessly. Analysis of past elections in India, do provide a fairly good picture of the number of people who cast their votes; in most cases, it was between 55% to 65 %; however, in the last General Elections of 2014, a record-breaking 66.38% had exercised their franchise. Experts say that this too is not enough, we would need to reach at least 80%.

In many countries, the ‘right to vote’ is a fundamental right, but in India, it is just a legal right. All should however regard that exercising one’s franchise is a sacred duty. In a few days from now the ECI is expected to announce the dates of the General Elections 2019; these are expected to take place in different phases between mid-April and mid-May. Whilst voting cannot and should never be made compulsory, here are some guidelines, which could be helpful for all:

It is the RIGHT and DUTY of every citizen of India, above the age of 18 years to exercise his / her vote.

Visit IMMEDIATELY the website of the Election Commission of India (https://eci.gov.in/ ) or their National Voters’ Services Portal http://www.nvsp.in

Join the campaign to allow Indians on the Move to Vote from their Current Location in 2019 Elections #LostVotes (https://www.change.org/p/election-commission-of-india-make-it-possible-for-every-indian-to-vote)

I. THE ELECTORAL ROLL:

· if you are above 18 years (on January 1st) and a citizen of India, you must have your name on the Electoral Roll (ER)

· check immediately whether your name is on the ER (by visiting http://www.nvsp.in )your State CEO website / Taluka Office / Collector’s Office

· for inclusion of one’s name on the ER, you will have to fill Form 6

· for any objection or inclusion of name/s, you will have to fill Form 7

· for correction of entries in the Electoral Rolls, you will have to fill Form 8

· always retain copies of your application / letters, signed by the receiving Officer, for

· ensure that you have the Elector’s Photo Identity Card (EPIC)

· check periodical advertisements in National/Regional newspapers regarding the updating of the Electoral Rolls of your State; adhere to their deadlines

· help the poor, vulnerable, differently-abled have their names included on the ER

· get involved in mainstream politics

· encourage / support political parties which focus on governance and on issue related to transparency, human rights, justice and peace and the safeguarding of the Constitutional Rights of all.

· don’t be swayed by ‘empty’ promises

· organize public debates / dialogue with them and assess their views / opinions /

· download(from 30 January) the HATE HATAO app from the playstore

· think of the FUTURE of the Country; don’t be myopic and/or selfish, exclusive!

· encourage all others to FREELY cast their votes too

· vote for a candidate (or the party that is being represented) that is NOT corrupt, criminal, communal and / or casteist ; fundamentalist, fascist, fanatic

· if you notice any bogus voting, rigging or booth capturing, bring it to the notice of

the police / Election Officers immediately and preferably in writing

· arrange that organizations, villages / groups invite the representative to share his / her views about the area for the next five years

· ensure that you keep in touch with him / her constantly; make them accountable!

· remember that they have budgetary allocations for their constituency; find out for what programmes this money is being utilized

· insist that your views / concerns are voiced in the assembly / parliament

· don’t be taken up by their freebies or their ‘bribes’

· serious concerns like the disenfranchisement of a whole community / village must

be brought to the notice of: The Chief Election Commissioner of India,

It is said that, “eternal vigilance is the price of liberty”; exercising ones right to vote is the first step towards this! Share/circulate/publish/post this article/information with as many as possible; translate it into vernacular languages

We all know that the coming General Elections will be critical for the future of the country. Preparing oneself adequately; exercising our Constitutional right to vote and realizing that it is also a sacred duty- is the least we can be doing as responsible citizens of our beloved India!