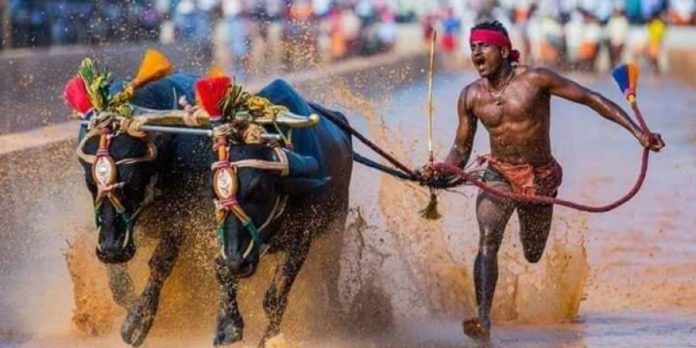 MANGALURU: A Kambala jockey from Moodabidri near Mangaluru has set a new record as the fastest runner in the history of the traditional sport of the coastal region. 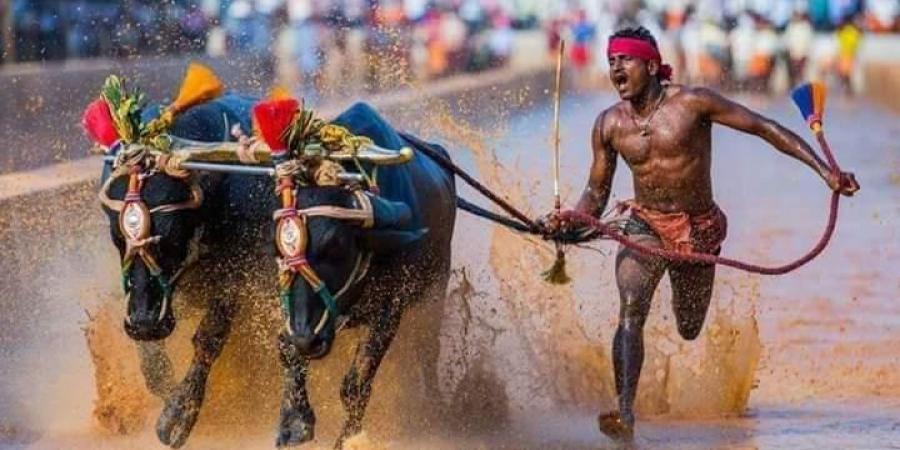 Srinivasa Gowda, 28, took just 13.62 seconds to cover the distance at the Kambala at Aikala village about 30 kilometres from here, breaking the earlier record dating back to the early 1990s.

The previous record was set in Aladangadi near Belthangady.

Vijay Kumar Kanginamane, one of the referees of the Aikala Kambala that took place on February 2, says Gowda is on a record-breaking spree during the current Kambala season. So far, he has bagged 29 prizes in the 12 Kambalas he participated in during the current season. He created a new record by winning prizes in all four categories at the Aikala event which is a first in the history of Kambala. In a couple of other Kambala events, he won three prizes each.

Gowda who is a school dropout and works as a construction labourer in the off-season said he was thrilled to watch the buffalo races during his childhood and began pursuing his passion 5-6 years ago. Asked about the record, he said the credit also goes to his buffaloes.

During the current season, Gowda is the jockey of three pairs of buffaloes owned by Shakti Prasad of Mizar, Bada Poojary of Iruvail and Harshavardhan of Poojary. Four weeks before the start of the Kambala season, he starts training the buffaloes for the grand spectacle of the coast.

Kambala jockeys get a remuneration of Rs 1-2 lakh to train buffaloes and take part in competitions for a season. The owners also give them cash prizes if their buffaloes win any contests.

New Delhi:  A video clip of a Karnataka resident who took just 9.55 seconds to run a distance of 100 metres has wowed the social media.

A Twitter post by a user went viral when he pointed out that the man’s timing was faster than international athlete Usain Bolt, who currently holds the world record in the 100-metre race at 9.58 seconds.

Kambala is an annual buffalo race held in the southwestern state of Karnataka. Traditionally, it is sponsored by local Tuluva landlords and households in the coastal districts of Dakshina Kannada and Udupi. As one can observe from the viral picture, the Karnataka man is running alongside a pair of buffalo in a field filled with water.

A user wrote: “True, but physics says something was make him run faster. Anyhow, appreciating his strength.”

Another wrote: “What a physique… it seems someone carved him from stone… marvelous…”

“OMG. Is it real? Indian government needs to look into this man’s speed. Can you reach out to the Sports Authority of India or the Sports Ministry?” asked a user.

“This guy will surely get us a gold medal at the Olympics!” another user remarked.