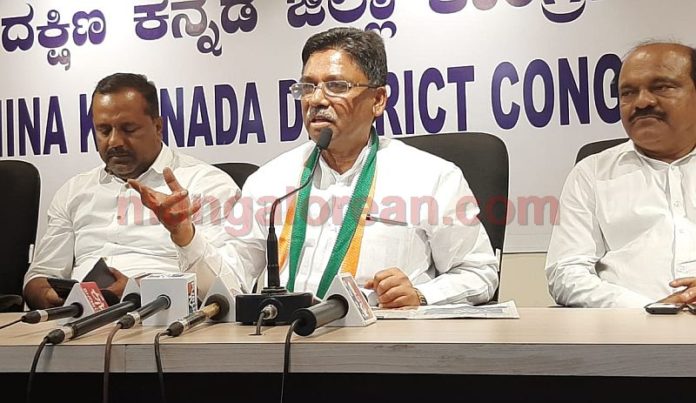 Mangaluru: “After BJP came to power, the economy of the country is in a pathetic state. Prime minister Modi is acting like modern Bhasmasura. I have said it in the Parliament, any prime minister should show statesmanship but Modi is acting like a petty politician. To come to power Modi gave many assurances such as bringing back black money, remitting Rs 15 lakh into every citizen’s account etc but has failed in his promises”, said former MP V S Ugrappa at a press meet held at the DCC office, Mallikatta here on February 14.

Addressing the mediapersons V S Ugrappa said, “During the demonetisation, Modi had said that he would bring back the black money, terrorism would be curbed but till date, he is unable to bring back any black money. The economy has dropped down drastically, there is no job creation, industries are closing and the public undertaking institutions such as Air India, BSNL, Post and Telegraph, LIC and Bharath Petroleum are on sale”. 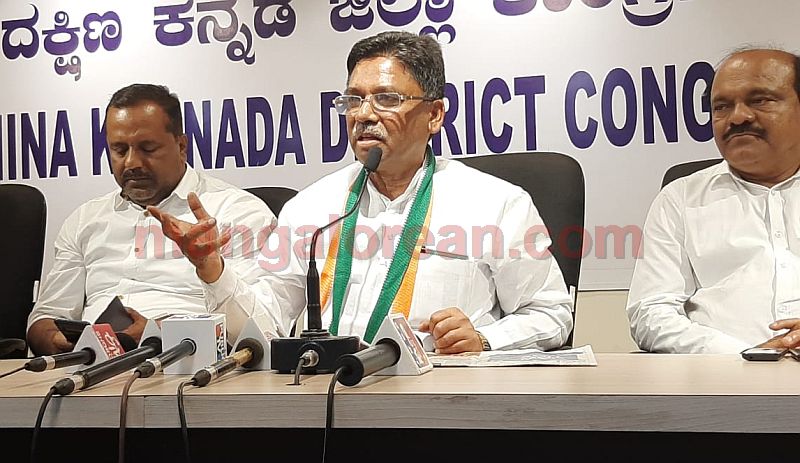 V S Ugrappa further said, “It is very shocking that the BJP government has taken a loan and the debt of the country which was 53.11 Lakh crore in March 2014 has reached to Rs to Rs 91.01 lakh crore. Modi has destroyed the economy of the country. Now Amit Shah has realized that they cannot play with the sentiments of the people. Two years back Modi and Amit Shah were saying that they would make the country Congress-free but now they are losing every state. We have not said of making the country BJP free, we need a strong opposition. Their own party leader Dr Subramanya Swamy has said that the economy is in trouble and if it the same situation continues people will make the country BJP-free. The people of Delhi who were every day seeing the faces of BJP leaders have now rejected them. Yes, the people of Delhi rejected the BJP in the last elections and this election too, I would like to congratulate the voters for not dividing the secular votes and voting for AAP. BJP leaders had held a number of rallies in the streets of Delhi. I would like to tell Modi, Amit Shah and Nadda to understand the feelings of the citizens of this country and try to eliminate poverty and discrimination.”

Ugrappa further said, “Recently the price for a cylinder of gas has been hiked to Rs 845. When the Congress was in power and even if Rs 4 was increased for gas, the BJP was getting down to the streets and protesting but now they are playing with the sentiments of the poor people. BJP leaders visited every house to bring awareness among the people about CAA and NRC. I would like to challenge Modi and Amit Shah to dissolve the parliament, fight the elections on the ballot paper and win 300 seats. If you win 300 seats, I will not speak a single word against the BJP till my last breath.”

Former minister and MLA of Ullal constituency U T Khader and others were also present.