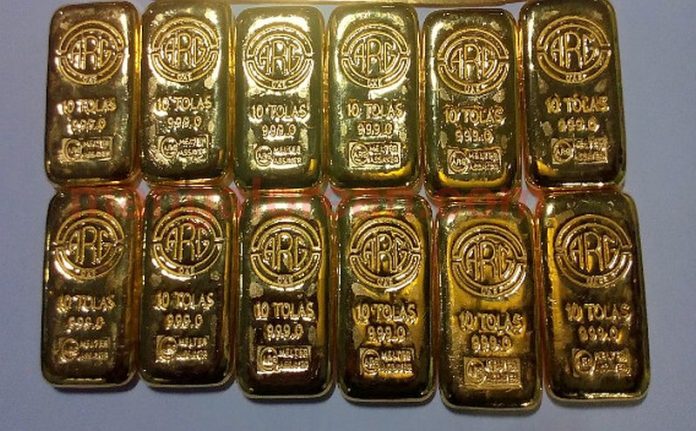 Mangaluru: Acting on credible intelligence that a person by name Sibgatullah Kola, aged about 31 years of Bhatkal, is in possession of smuggled gold and is travelling in KSRTC Airavat Bus from Bangalore to Manipal (Udupi), scheduled to arrive at KSRTC Mangalore Bus Stand at about 4.15 pm on November 8.

The officers of DRI Regional Unit Mangaluru launched an anti-smuggling operation at KSRTC Bus Stand Bejai on November 8 and successfully intercepted the said passenger and recovered 1.5KG of gold from his possession. 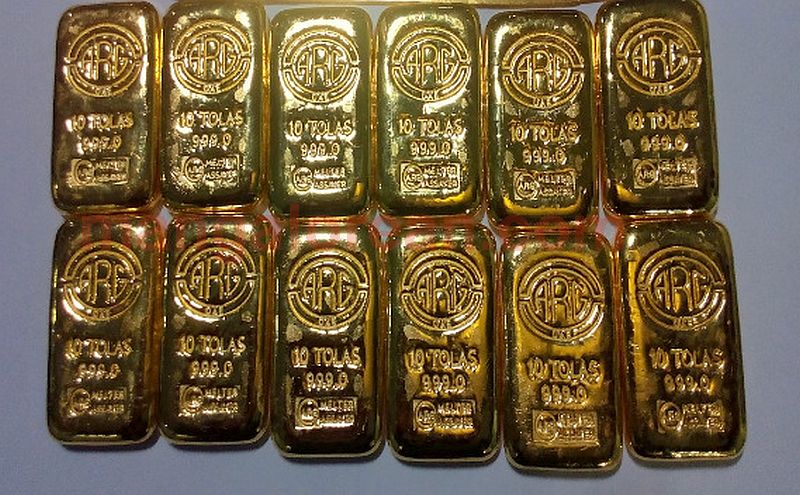 Sibgatullah Kola(31) had deftly concealed 13 pieces of Gold Tola Bars of foreign origin inside Marlboro brand Cigarette packet. On being enquired, he failed to produce any receipt or purchase bills for the said Gold Tola Bars. When asked to explain the source of the gold and the reasons for transporting the same in a clandestine manner, he stated that said 13 Gold Tola bars were smuggled by him during his International travel from Dubai to Singapore and Singapore to Chennai.

During the investigation, he revealed that he had specifically chosen a roundabout journey from Dubai via Singapore in order to hoodwink the customs authorities since Singapore is not considered a hotspot for smuggling for gold. He also stated that after getting cleared from Chennai International Airport he took a bus from Chennai to Bangalore and later from Bangalore to Udupi and was on his way to Bhatkal when he was intercepted at the Mangaluru Bus Stand. He also stated that a person from Bhatkal had provided him with the Gold and he was acting as a Carrier.  He also confessed about indulging in this illegal act for the lure of money.

On weighing and assaying by the Jeweller, the said seized 13 gold tola bars were found to be of 24 Karat purity and weighing 1515.700 grams and the current market value was placed at around 59.52 lakhs.  The contraband gold was later seized by the officers of DRI under the provisions of the Customs Act, 1962. The passenger Sibghatullah was arrested for attempting to smuggle gold Tola bars into the country.

Further investigation in the case is in Progress.