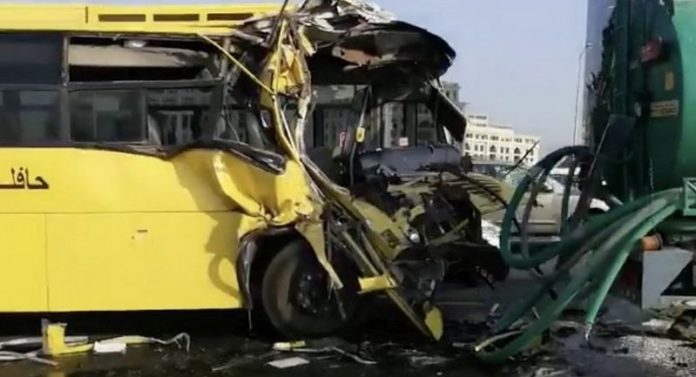 15 students hurt as school bus collides with tanker in Dubai

Dubai: Fifteen students of Our Own English High School, Al Warqa, were injured after their school bus collided with a water tanker in Dubai on Monday morning.

The accident “resulted in 15 minor injuries among pupils, and two minor and one moderate injury among bus supervisors”, Dubai Police said in a statement on Twitter.

“We can confirm there was an incident involving one of our school buses on the way to school this morning. All students are safe,” the school told Khaleej Times.

Both vehicles have since been removed and traffic is back to normal, they said in another tweet.

Earlier, police alerted motorists of traffic congestion due to the accident.