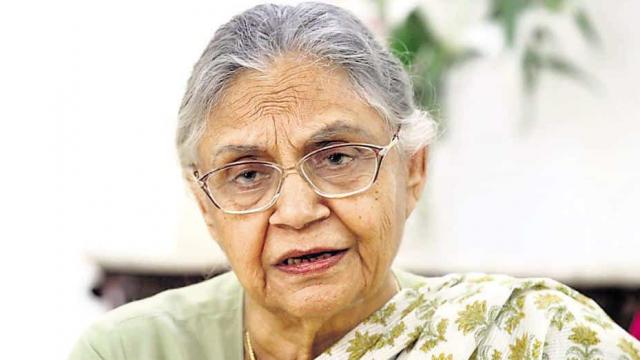 Three-time Delhi Chief Minister and senior Congress leader Sheila Dikshit died on Saturday in New Delhi. She was 81. Shiela Dikshit had been ill for a long time. She was admitted at around 10.30 am today. She died at 3.30 pm at a city hospital.

Shiela Dikshit was the senior-most Congress leader in its Delhi unit. She served as Delhi’s chief minister for 15 years. She was also very close to UPA Chairperson Sonia Gandhi.

In a tweet, the Congress said it regrets the death of Sheila Dikshit. The party said as chief minister, she transformed the face of Delhi in her 15-year tenure.

“We regret to hear of the passing of Smt Sheila Dikshit. Lifelong congresswoman and as three time CM of Delhi she transformed the face of Delhi. Our condolences to her family and friends. Hope they find strength in this time of grief,” the Congress said.

Not being disrespectful to the departed soul but the age of 81 is a very satisfactory number for anyone to pass on. 81 is close enough to Sahasra-poorna-chandrodayam which means the soul has witnessed 1000 full moons through its life ever since it took the life form. This is a very happy age to go. So everyone should be happy.

I personally believe once a man hits 60 he should renounce the world and dedicate his life to reflect on himself. All this politics beyond the retirement age is counterproductive to one’s journey.