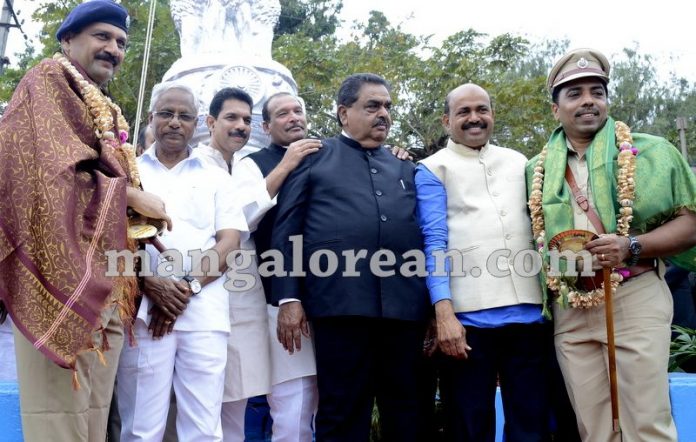 District minister in charge B Ramanath Rai hoisted the National flag on the occasion. Addressing the gathering Ramanath Rai said, “India is a secular country where we have unity in diversity. Republic day is a celebration of the superiority of the democratic system. The constitution transforms to either good or bad, not depending on what is written in the Constitution; but on the people who follow it. If the people are good, the constitution is good; if they are bad, the Constitution is bad. Every citizen of our nation should think of their fundamental rights and duties based on this perspective”.

He briefed on various developmental projects initiated by the government in the district. “This is a proud day for us Indians. This historical day gave us the constitution. The motto of our nation is ‘unity in diversity,’ there are various religions, castes, creeds that live together as one,” he said.

It was followed by an attractive parade by the police force, NCC, NSS and Bharat Seva Dal volunteers from different schools and colleges in the city.

The district-level award ‘Sarvotthama Seva Prashasti’ was awarded to 5 government employees who have done exceptional service in their fields.  The presidential Medal winners ACP Uday Nayak and ACP Valentine were felicitated by the Minister on the occasion.