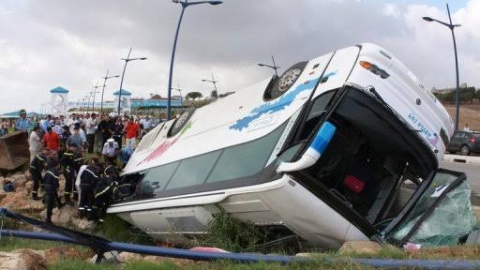 Rabat: At least eight people have been killed and 42 others injured after a bus overturned near Morocco’s town of Bab Marzouka, 300 km east of the capital Rabat.

The incident happened on Sunday. The injured have been rushed to a hospital in the city of Taza, Xinhua reported.

An investigation is underway to determine the cause of this accident, local authorities said.

A total of 1,357 people were killed in road accidents in Morocco in the first four months of 2019, up 10 per cent year on year, according to official statistics.