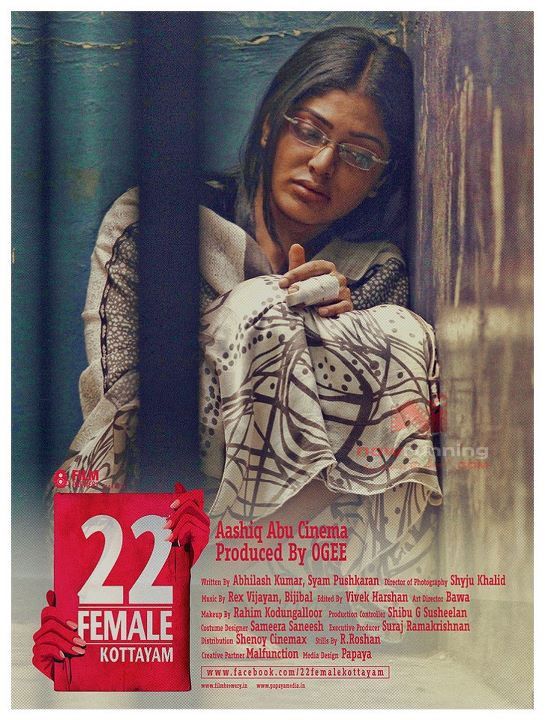 A Paradigm Shift in Movies

Gone are the days when Malayalam movies existed only because of yearly commercial hits. The movies are no longer celebrity based, but rather character based. The ‘new gen’ trend in Mollywood has brought in a fresher perspective of life of you and me. This is why the present-day Malayalam films are widely accepted and acknowledged. The shift in the trend is dominated by a sense of a deeper connect with the audience. This way guarantees their attention which is most crucial for the development of a story.

A golden feather was added to the cap of the Malayalam film industry when Parvathy Menon won the best actress award at the 48th international film festival of India (IFFI), Panaji – Goa for her performance in the movie ‘Take Off’ directed by Mahesh Narayanan. This is the first time a Malayalam actress has bagged the best actress award in the history of IFFI. “Take Off” is based on the real story of Indian nurses who were stuck in the war zone in Tikrit, Iraq. The central character Sameera (Parvathy Menon) is a strong-willed woman who bravely leads a group of nurses and co-operates with the rescue team. It also reflects on the dreadful life of nurses who are described as “angels on Earth”. The movie released in 2017 is another gem in the list of a handful of women–related movies.

Women in conventional Malayalam movies were just a namesake. Their roles were confined to that of a mother, sister or a housewife. Her role existed only to add some credibility to the hero’s character. She existed only to make his life more comfortable than it already is.

A change in this conventional stereotypes was witnessed in the movie “22 Female Kottayam” (2012) directed by Ashiq Abu. The movie was an eye-opener to the betrayal and atrocities against women. The central character Tessa (Rima Kallingal), a 22-year-old nurse who was betrayed by her lover Cyril (Fahad Fazil) and was victimized for rape by his boss for his personal gain. The courageous and powerful strike back by Tessa by penectomizing Cyril was an explosive resurrection of a phenomenal woman.

“Who puts expiry date for a woman’s dreams?” asks Nirupama Rajeev (Manju Warrier) in the movie “How old are you” (2014), one of the biggest hits of the year. The movie throws light on the dreams and aspirations of a 35-year-old woman whose potential and caliber was ignored by her family and colleagues. Nirupama later inspires others by setting up an organic vegetable farm on her terrace and thereby promoting the idea of healthy living. It’s a movie which enthuses every woman to dream.

Ohm Shanthi Oshana (2014) reminds every Malayalee of their most beloved actress Nazriya, for her role of sweet and bubbly Pooja Mathew who rephrases the common notion of love marriage to a farmer boy when she herself is a doctor born to a doctor. Neither her age nor her profession weakens her teenage love for Giri who initially denied to accept her.

The real-life story of Kanchanamala (acted by Parvathy Menon), an extraordinary woman who waited 30 years to be with her only passion of life (B P Moideen played by Prithviraj Sukumaran), turned out to be one of the best romantic tales “Ennu ninte Moideen” in the history of the Malayalam movie industry. Even after being under house arrest for 10 years for loving Moideen, Kanchana could never forgo her true love for Moideen who drowns in the Iravanjippuzha river in a canoe accident in 1982 at the age of 45. The heroine of this incomplete love story, who continues to live in the memory of Moideen, is a living symbol of love who inspires every man and woman.

“Let’s part and build two beautiful worlds for our daughter,” said Malini (Anu Sithara). She walks back with teary eyes and widened lips, understanding the beauty of the darkness in her life. Ramante Eden Thottam (2017) narrated the story of a woman who stood up for her self-esteem following her dreams by freeing herself from the clutches of her unhappy married life.

Many other movies like C/O Saira Banu, Charlie, Su Su Sudhi Vathmeekam, Godha, Puthiyaniyamamand Oru Muthassi Gadha continue to break the conventional norms and these efforts are a drop in the ocean-the ocean of art.

This is the beginning of an end. The times have changed and are changing at a rapid pace. Today’s woman is dynamic. She’s both the beauty and the brains. She is fierce and is not afraid of anybody. The shift in the portrayal of women is nothing but a very natural reflection of today’s women who are leading us all into better awareness.