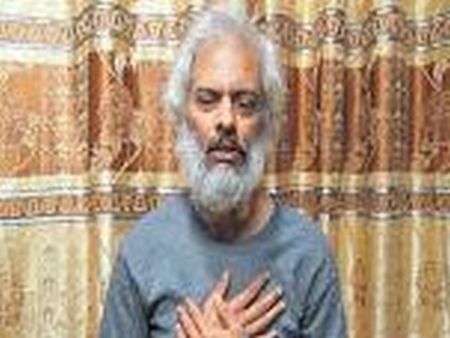 More than four months after Catholic priest Fr Tom Uzhunnalil was abducted by unidentified gunmen in the Republic of Yemen, a message was posted from his Facebook handle along with a photograph of the priest.

The photograph of what appears to be a bearded, visibly harried Fr Tom was posted on Tuesday along with a message –“Fr Tom’s entreaty will be uploaded soon …!”

Meanwhile, an undated video showing a blindfolded, bearded man being roughed up started doing the rounds on social media with the title “Video of Fr Tom being beaten up”. The video appears to have been uploaded from a Twitter handle. While veracity of the photograph and the video is yet to be ascertained, a member of the priest’s family said they “looked real”.

The priest’s friends and family members have responded to the photograph and video with prayers.

He is a good man, who went to help. Perhaps in the wrong place, at the wrong time.

His captors are connected to the outside world to larger groups and states in one way or the other. The PM was in Yemen a few months ago and surely he has his contacts, and through the Embassy of India they could work for his release. The UN and Islamic organizations should also do their part to get the priest released.