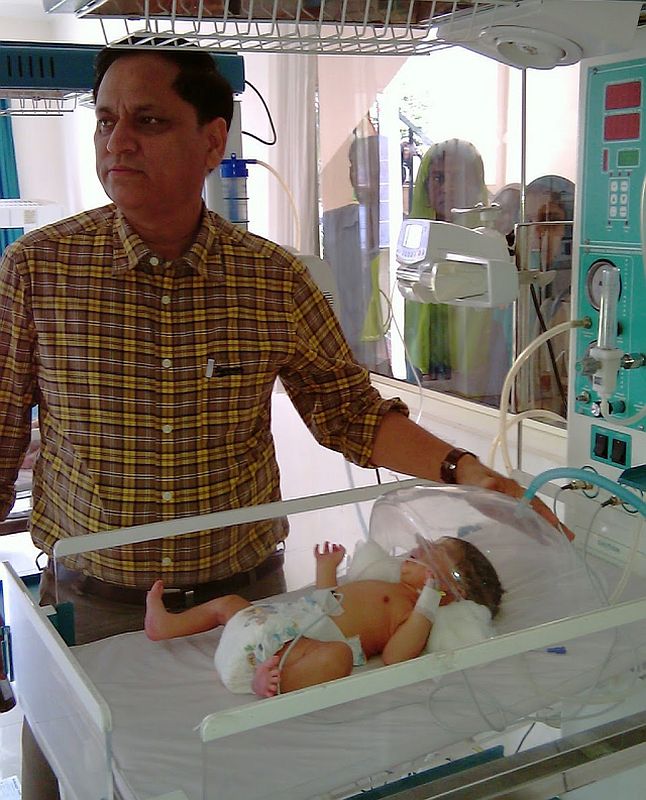 We cannot eliminate TB if we leave children behind

“Children are central to where we are heading for in TB control. If we aim to end TB in the next 20 years we should know the trends in infection and disease in the paediatric population and amend it,” said Dr Jennifer Furin of Harvard Medical School, at a session in International TB Conference (TB 2016) – a two-day conference dedicated exclusively to this infectious disease – that immediately preceded the 21st International AIDS Conference (AIDS 2016) being currently held in port city of Durban. The World Health Organisation (WHO) estimates that nearly 1 million children get infected with TB and more than 30,000 children become sick every year with multidrug-resistant TB (MDR-TB).

A survey in India done by Revised National TB Control Programme (RNTCP) found that 9% of children with TB were already resistant to rifampicin before they started treatment. Another study estimated that 2 million children had the latent MDR-TB infection. However the actual magnitude of the childhood TB epidemic is likely to be much higher than that currently estimated, as TB in children is often missed due to non-specific symptoms and difficulties in diagnosis.

UNBELIEVABLE BUT TRUE: CHILDREN NOT OUR PRIMARY FOCUS

Dr Furin expressed her outrage for very little attention being paid to paediatric TB care and control. “Children need to be our primary focus but they are not. We are practicing the trickle down effect in paediatric TB. We assume that whatever good is happening for adults will somehow make it down for children. But there is a wide gap between our expectations and the ground reality,” she said.

Some of the current gaps in paediatric TB care Dr Furin pointed out are the lack of – point-of-care test on easily accessible samples; sensitive screening tools; effective nontoxic TB treatment; all oral short course potent regimens for all forms of TB; paediatric formulations and family-centred approach.

According to her there are three main priority areas we need to focus on:

(i) Establish long term family cohorts that are followed for 20 years or so.
(ii) Establish rapid epidemic response protocols, especially in larger MDR-TB outbreak settings (like Papua New Guinea (PNG) where 1% of the population is sick with MDR-TB) and in smaller settings with high number of exposed children (like creches and orphanages)
(iii) Commit to childhood TB as an essential part of ‘End TB’ strategy.

DELAY IN ROLL-OUT OF NEW CHILD-FRIENDLY DRUGS IS UNACCEPTABLE

It is indeed unfortunate that even when child-friendly paediatric formulations for TB treatment are available, the uptake has been slow. Then again, even two years after Bedaquiline and Delaminid were recommended by WHO for treatment in adults, there is still no talk of having a recommendation for adolescents and children.

But in this dismal scenario, there are small sparks of hope too. The Global Alliance for TB Drug Development (TB Alliance) has played a vital role in not only developing paediatric fixed-dose combinations (FDCs) for treating drug-sensitive TB, but also advocating for their use, in getting national guidelines changed and switching the market from old to the new. Vijay Agarwal of Macleods Pharmaceuticals Ltd, an Indian generic drug manufacturing company, informed that they have started manufacturing and supplying the FDCs of (i) Rifampicin 75mg + Isoniazid 50mg and (ii) Rifampicin 75mg + Isoniazid 50mg + Pyrazinamide 150mg.

These were prequalified by WHO in June 2015, and the company started getting the first orders in April 2016. Kenya was the first country to approve them and till to date, 10 countries, including Kenya, have purchased them through the Global Drug Facility (GDF) of Stop TB Partnership.

Unfortunately, India, where these drugs are being produced, has yet to roll them out. The company was expecting to get a purchase order from the RNTCP this month and would be able to deliver supplies within two months of getting the order. To begin with, the Indian government is expected to roll out these FDCs for HIV co-infected paediatric TB patients in 5 states (Haryana, Tamil Nadu, West Bengal, Assam, Andhra Pradesh).

Another good news shared by Bassirou Souleymane of Damien Foundation with CNS (Citizen News Service) was the encouraging results obtained for children who were part of an observational study launched in 2013 in 9 countries of Africa to determine effectiveness and tolerance of a modified Bangladesh regimen for MDR-TB. Out of the 58 children and adolescents aged less than18 years started on this regimen, 47 were recruited early enough for cohort analysis – 9 of them being HIV positive. The overall treatment success rate was 83%. Also, all adverse drug events were mild to moderate.

Integrating paediatric TB programme with programmes like Maternal and Child Health could help find lot many kids with undiagnosed TB. So healthcare facilities where children go for vaccinations, deworming and for sickness like pneumonia, malnutrition, provide a good and cost saving opportunity for screening them for TB.

Dr John Ditekemena of Elizabeth Glaser Pediatric AIDS Foundation spoke about the challenge of addressing the wide policy-practice gap and the need to scale up of new tools – GeneXpert and new paediatric FDCs. He advocated for a community health approach to bring health information and basic services to the people. The community has to be involved in TB management by reinforcing capacities of community members to handle TB related issues in children like active case finding, index case finding and contact tracing.

TIME TO ACT IS NOW

It is our moral obligation to protect our children. No child should get TB and no child should die of it. What we need is a strategy and not empty talks. Merely signing on the dotted line is just not enough. There has to be the political will to transform words into action.