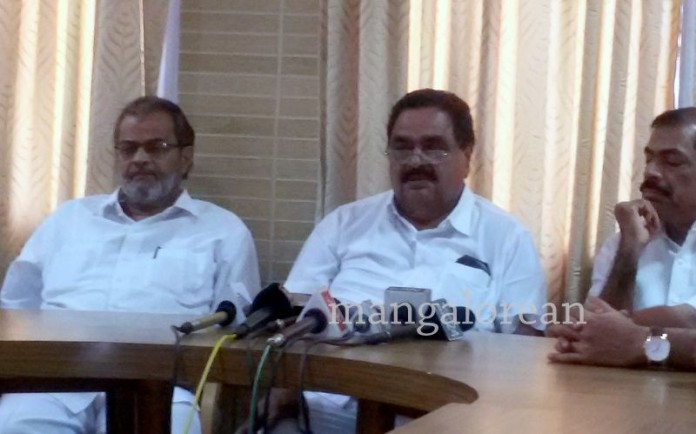 Mangaluru: All the political leaders and parties are equally responsible in carrying out Yettinahole river diversion Project said the district minister in-charge B Ramanath Rai in a press meet held at the Circuit house, here on March 19.

When asked about spending Rs 13000 crore on the project and if the project fails, Rai said that all the political parties and the leaders are equally responsible. Late Dr V S Acharya had twice briefed on the Yettinahole project, why the BJP leaders then did not oppose the project. Now the BJP is fooling the people holding negative campaigns. One should not blame me or CM Siddaramaiah for this project”, he said.