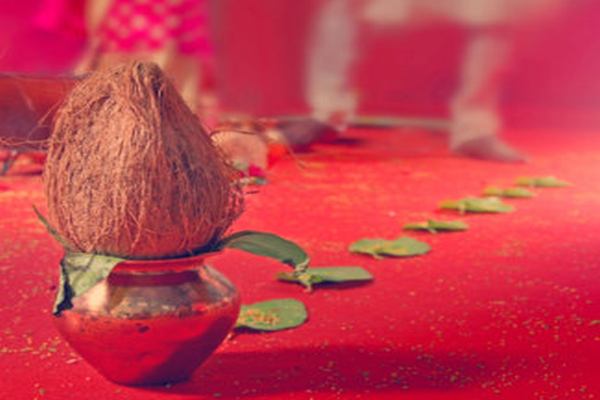 India has a diverse blend of wedding customs and traditions. A custom that is common in Bengali matrimony or Oriya matrimony might not be a part of Telugu matrimony or Tamil matrimony. At the centre of every Indian wedding lie tradition, culture and rituals.

Coming to Telugu matrimony, it is all about simple and exquisite rituals that blend modern with traditional. It is considered incomplete without women being a prime focus of all rituals. Focusing mostly on spirituality, Telugu weddings are not just about religion alone. People in Andhra Pradesh, as well as Telangana, consider marriage to be an important and sacred union. They believe that marriage is a spiritual union of two souls. Here are some of the details of Telugu matrimonial rituals that you need to know about.

A formal engagement ceremony, Nischitartham is an official declaration that the bride and groom are set to get married. It also involves discussions between the bride and the groom about the wedding date finalization. The wedding date is finalized based on the horoscope and the ceremony ends with the bride’s future mother-in-law presenting her with gifts, jewellery and even clothes.

One of the preparatory ceremonies ahead of the big day is Pellikuthuru. This is celebrated separately at the bride’s and groom’s houses and involves applying turmeric and oils to the bride and groom. Relatives get together to shower blessings on both and also present them with gifts. In the northern part of India, this ceremony is referred to as Haldi ceremony.

Both these rituals are carried out at the groom’s house. Snathakam involves the groom taking a holy bath and then wearing a holy silver thread around his upper body as a mark of a new beginning in his life. It is also indicative of the groom being ready for marriage. Kashi Yatra is a ritual where the groom pretends to be disinterested in marriage and would rather go on a holy pilgrimage to Kashi. The bride’s father and brother then stop the groom from going on a pilgrimage and instead request him to marry the bride-to-be.

On the wedding day, the bride as well as the groom take holy bath and prepare themselves for a pooja. Gauri and Ganesh pooja is then held at the bride’s house in order to seek blessings from Lord Ganesha and Goddess Gauri for a successful married life. It is also believed to ward off spirits and help protect both the bride and the groom.

The final leg of a Telugu marriage ceremony is where the groom ties a mangalsutra or a holy thread around the bride’s neck. It involves tying three knots, each to reflect their physical, emotional and spiritual bonding. Finally, the bride and the groom take seven rounds of holy fire and take their marriage vows.

Translated as ‘the highest being who is an embodiment of truth’, Satyanarayana pooja or vratam is carried out by all Telugu families towards the end of a marriage ceremony. It is part of the grihapravesam ceremony, which welcomes the bride into the groom’s family and house. A blending of fun with traditional customs is what Telugu matrimony all about. There are many more nuances to each of these customs, which are followed by most Telugu families. Marriage is not only considered sacred but also a well-respected union. It draws its values from the Vedic culture and keeps the sanctity alive to this date.